ebay is the latest of the silicon valley tech giants to plant a flag in New York, opening a 200 person tech center run by entrepreneur and investor Chris Dixon.

eBay bought New York startup Hunch last November, and today it announced the launch of a massive new office in New York that will house over 200 developers and be run by Hunch founder and venture capitalist Chris Dixon.

It's another sign of Silicon Alley's booming tech industry. Microsoft just poached a bunch of R&D folk from Yahoo to open a New York office. Facebook, Google and Twitter have all opened offices here in the last year focused not just on sales, but serious engineering as well. "Our goal is to be one of the top three workplaces for developers in New York, right alongside Google," said eBay CTO Mark Carges, who along with Dixon, met The Verge for coffee this morning.

eBay is taking over a 35,000 square foot space at 625 6th Avenue on the corner of 18th Street. Aside from housing a few hundred engineers and big data scientists, the space will also have room for hackathons, a PayPal showcase focused on the future of money and commerce, and a "friends of eBay" area where promising young startups can work for free. "Don't call it an incubator," said Dixon. "That term is pretty loaded these days."

Still, says Dixon, the ultimate goal, "Is to be really hooked into what's going on in the New York tech scene and to connect with startups and universities to attract the best talent. You can also expect a few really good roof parties." 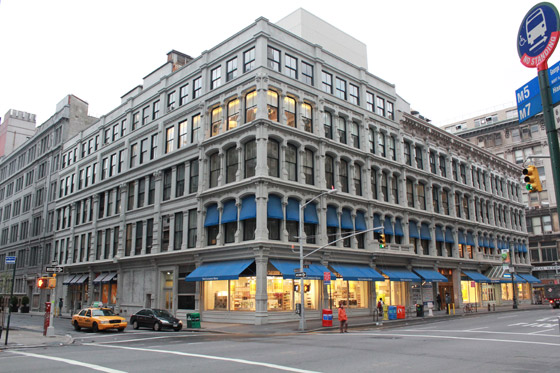