A smoking iPhone on an Australian flight was reportedly caused by a misplaced screw that punctured the phone's battery casing.

Last November, not long after an airplane landed at Sydney Airport, crew members discovered a passenger with an iPhone that was literally smoking — and it turns out the problem was a bad repair job. The Australian Transport Safety Bureau has finally released the results of its investigation — which included initial testing in Australia before the phone was shipped to specialists in the US — and concluded that a stray screw was the cause of the problem. The screw managed to puncture the battery casing, causing the phone to overheat and start smoking. So how did the screw get there in the first place? The report claims it was misplaced after repairs were made at a "non-authorized repair agent." While this might be a rare occurrence, it does highlight the fact that you should probably make sure whoever's fixing your phone knows what they're doing before they start fiddling around with the insides. 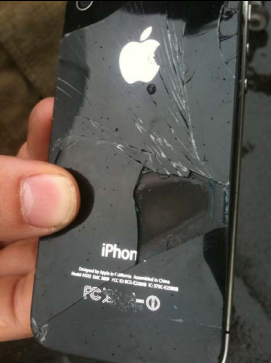