New York's legendary Chinatown Fair has finally cleaned up its act and re-opened, but the arcade's hardcore gaming veterans may find that the owners pressed the reset button a little too hard for their liking.

When the Chinatown Fair arcade closed its doors last February, New York City lost its bragging rights over one of the last remaining classic arcades in the world. Beset with rising rent costs, there was little hope for the struggling venue to remain as it was. Now, more than a year later, the arcade's dingy concrete corridors have been painted over and CTF lives once more. Arriving just after its grand re-opening, however, we found that what now lies inside 8 Mott Street is something very different from the hardcore gaming den that what once was.

Before we could even get inside, various cries of anguish coalesced into an informal sidewalk assembly that seemed to vaguely resemble a funeral. "It's a trap!" yelled one distressed fan as he emerged from the arcade's legendary threshold on the south end of Mott Street. Chinatown Fair, though retaining its name and even (finally) replacing the fallen letters on its deteriorating signpost, had undergone some drastic changes, and some of the regulars were none too happy about it. "They should have let it stay dead," another arcade veteran loudly proclaimed in a harsh tone. 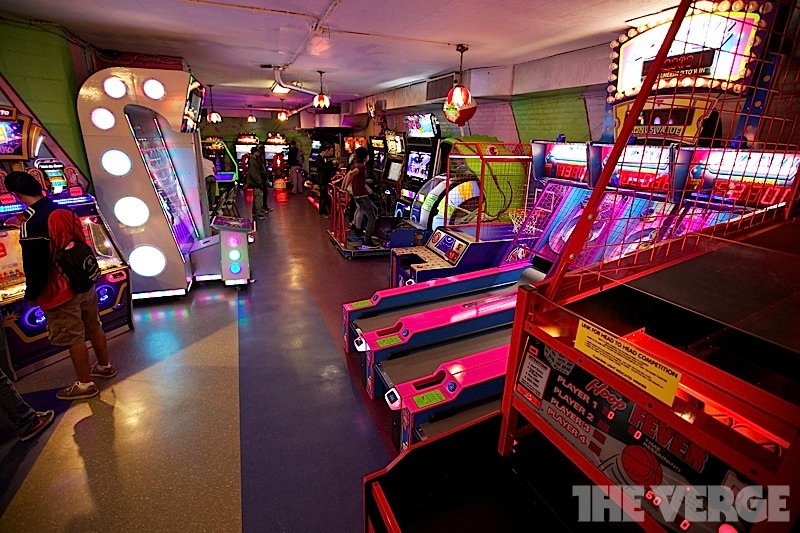 Walking in, it was immediately apparent what the crowd outside was howling about: gone were the tightly-packed rows of stand-up game cabinets that once greeted the eager gamers who gravitated here, replaced by a combination of carnival-style redemption games and crane machines stocked with various toys and electronics commonly seen in shops throughout Chinatown. Coin-op was also history — all the machines now featured a swipe card system, allowing tickets to be redeemed for credits and eventually prizes. Near the entrance, a giant touchscreen version of Fruit Ninja seemed to almost mock some of the hardcore gaming flock who followed us inside.

Toward the middle of the L-shaped space where a row of imported Street Fighter 4: Arcade Edition cabinets once stood sat some free-throw basketball and skeeball machines. Nearby, motorcycle and ATV driving games, a Terminator-themed light gun game, a dancing game similar to the Dance Dance Revolution machine which once occupied the same spot, and the glowing green neon of a large air hockey setup. In one corner, a lone gamer sat staring at a washed-out flatscreen playing Street Fighter 4 on an Xbox; his earbuds in, tuned out to the world as he sullenly hammered away at a practice dummy in Training Mode. (In lieu of fighting game cabinets, the arcade now allows players to reserve time at these consoles for a fee.) 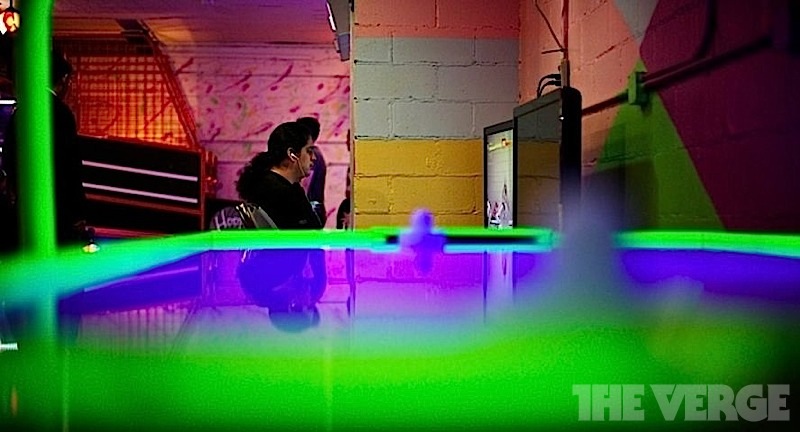 The crowd thickened as the afternoon went on, but the vibe was still more like that of a mom'n'pop Dave & Busters, eschewing the intense, often overbearing atmosphere of hardcore competition the arcade was known for in its previous incarnation. Parents wandered in with young kids, partaking in the various amusement games unaware of the site's storied past.

Prior to its closing last year, Chinatown Fair had been a quaint vestige of the long-gone era of face-to-face arcade gaming, offering a mix of time-honored classics and freshly-imported Japanese cabinets that regularly attracted tourists, locals, and a sizable community of competitive gamers to its dimly-lit halls. Powered by an impassioned community and hosting heated tournaments year round, CTF became a training ground for some of the most skilled players in the world, like NYC's several-times Street Fighter world champion Justin Wong. Its very existence was an anachronism; the lone hold-out of a culture that had been long since overshadowed by the meteoric rise of home consoles, and all but extinguished by the proliferation of matchmaking online gaming services.

"It's kind of like a cross between Dave & Busters and Chuck E. Cheese."

In the end, this steadfast dedication and the large community that rallied behind it was no replacement for a sustainable business model. Lonnie Sobel, one of the arcade's new owners, described CTF's new direction as "a cross between Dave & Busters and Chuck E. Cheese," insisting that the transition to a more "family-friendly" strategy was the only way to keep the business afloat.

Sobel says he is definitely still open to bringing back much-desired fighting games like Street Fighter and Marvel Vs Capcom, however. He says he'd like the arcade to offer "the best of both worlds," clarifying that the reason many of the old game cabinets haven't arrived is because they're currently in the shop being renovated. "They should be here in a couple of weeks," Sobel reassures us.

Even some of the hardcore regulars, while definitely somewhat distraught, aren't so pessimistic as to angrily strike the place off their list. "I'll probably stick around," said one veteran arcade-goer calling himself Yoru. "It's too early for me to pass judgement on this." We later got to watch him give our own Paul Miller a schooling in the basics of Street Fighter via a series of hands-on lessons and thorough beatdowns.

Whatever becomes of Chinatown Fair, its transformation is perhaps telling of the tide it had been pushing against for so very long. And while the changed economic climate may not support the arcade's continued existence, other venues like former CTF staffer Henry Cen's Next Level Arcade in Brooklyn are still willing to try. But sooner or later, it seems inevitable that we'll all have to face the fact that the arcade as we know it has become something else. Fortunately, there still seems to be room for compromise on exactly what that "something else" is.