Social news reading apps on Facebook are losing users in droves. Just like Pinterest, they relied on social steroids to inflate their growth, and are now paying the price.

The social news reading apps that debuted with Facebook's Open Graph are losing a ton of users, reports Buzzfeed. The Washington Post's Social Reader has lost nearly 10 million users in the last month and The Guardian's app is approximately one-sixth the size it was a month ago. It's the same phenomenon we reported on last week when discussing startup steroids. Apps are getting huge by spamming tons of Facebook users through "frictionless sharing" on Facebook, which pretty quickly leads to an exodus of users. 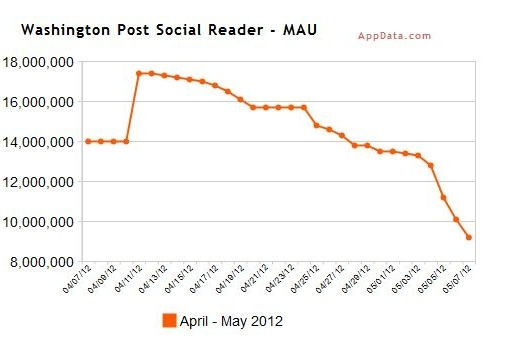 We didn't do a great job last week explaining exactly how Open Graph helps apps get so big or why it contributes to such a rapid decline in users, so let's try this again. In September of last year Facebook launched what it calls Open Graph. Before this people could "like" something out on the open web, and that would appear on Facebook. But with Open Graph people could "read" an article or "listen" to a song or "pin" a picture. All this activity was automatically pushed to Facebook through connected apps, a process Zuckerberg called "frictionless sharing."

Pretty soon people were noticing that their Facebook feeds were stuffed full of these articles, songs and pins. If they clicked any of these links to check out the content, they were prompted to sign up for the same apps, causing the Open Graph and frictionless sharing to spread further. It's a viral strategy, similar to the tactics that worked brilliantly for social gaming companies like Zynga, Roku and Slide back in the early days of Facebook.

In the end, if people love the product, they will keep coming back to it. Spotify, which benefited from this same Open Graph integration, has seen slow, steady growth. But many apps delivered a spammy experience, and are now paying the price. Of course, one could argue that they added more users than they lost, so in the long run, unless these apps hit zero or damage the brand, the jury is still out on their lifetime value. 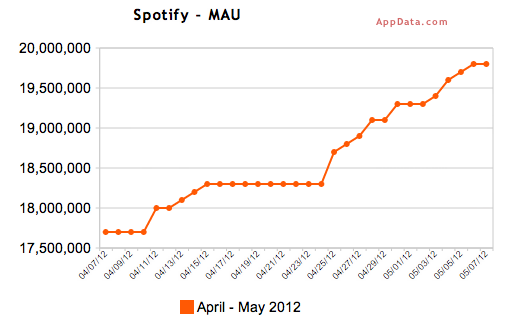