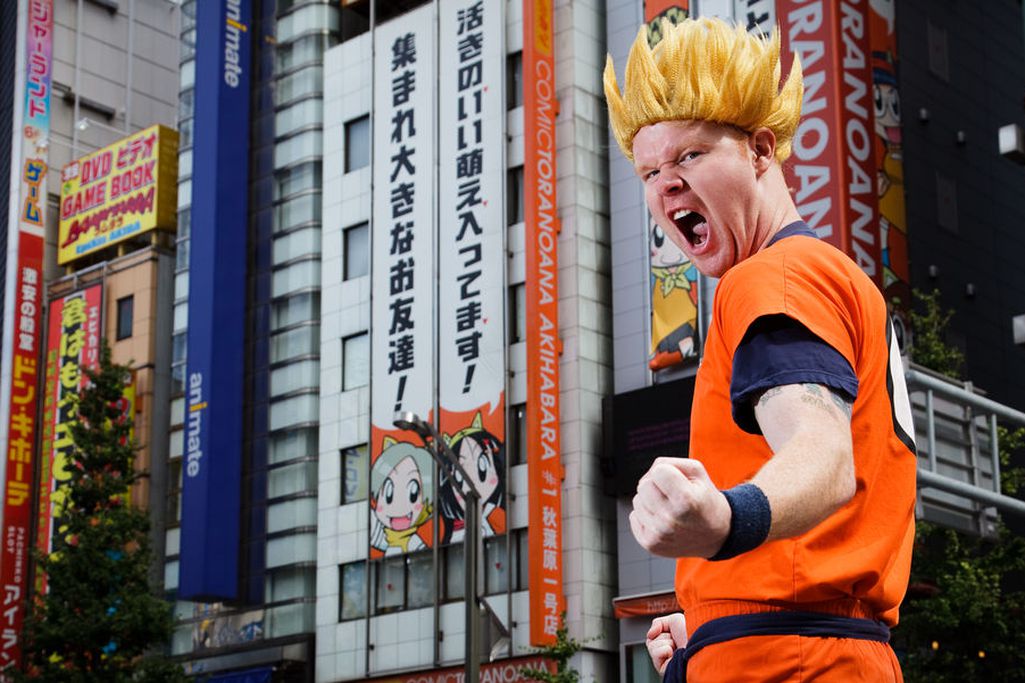 Patrick Galbraith wants you to know that otaku isn’t just Japanese for "nerd." The Alaska-born ethnographer and journalist has spent over a decade studying the subculture, from cosplayers to collectors, "rotten girls" to bishojo-loving boys. On his way to a Ph.D. from the University of Tokyo — he’s now working on second doctorate, this time in cultural anthropology at Duke University — he published two books, The Otaku Encyclopedia and Tokyo Realtime: Akihabara. His latest book is Otaku Spaces, a collaboration with photographer Androniki Christodoulou. The book offers 20 portraits of self-declared otaku, paired with incisive and revealing interviews.

But why study otaku at all? It’s a question even fellow academics have asked Galbraith. Older scholars, who earned their credentials in other, more conventional fields before theorizing about the subculture, recommended he do the same. (One suggested economic history as a more viable option.) But he believes not only is the massive subculture worth studying, but what academic attention it has received has been too detached, too eager to broadly theorize without first understanding actual otaku. Hence his emphasis on interviews. "I think there are a lot of political implications to just hearing people out," he says, "Talking to them, bringing people back to the center of discussion rather than marginalizing them, which has been the way to do it for the last thirty years." 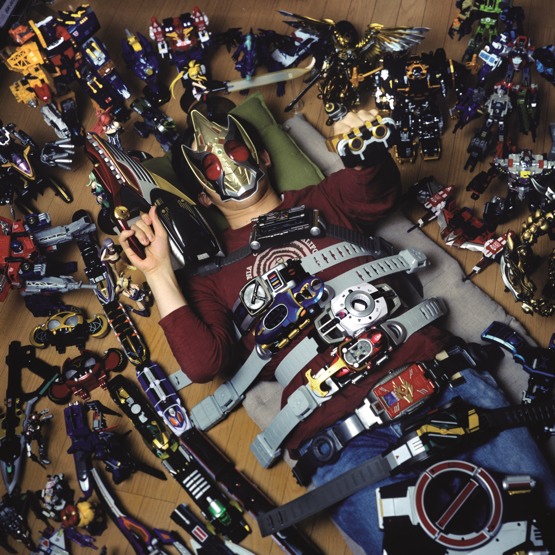 That approach, coupled with historical perspective, reveals a rich subculture — and one with a complex relationship with the Japanese mainstream. A cover story in Wired’s premiere issue (1993!) described the otaku as "Japan's socially inept but often brilliant technological shut-ins," a bit of conventional wisdom that lives on both abroad and in the country itself. It’s no coincidence the Wired story echoes much of the overheated early-1990s fears about hackers, but otaku culture had one singular event that never afflicted hacker culture: a serial killer (excepting, of course, Matthew Lillard's star-making turn as "Cereal Killer" in Hackers (1995).

In 1989, Japanese police apprehended 27-year-old Tsutomu Miyazaki after he’d attempted to molest a schoolgirl. Searching his home, they found evidence he’d murdered four young girls. They also found a collection of 5,763 videotapes, many of them anime and slasher films. Subsequent critics have asked whether authorities exaggerated Miyazaki’s otaku-ness to help secure a conviction; the press, meanwhile, dubbed him "The Otaku Killer."

As Galbraith explains, the figure of Miyazaki still haunts the public perception of otaku. Debate in Japan had already focused on the supposedly reclusive, self-absorbed subculture as a growing problem. The fans were often portrayed as anti-social, withdrawing from society and surrounded themselves with fantasies. For many Japanese, otaku meant an increasing number of sullen youth who’d voluntarily taken leave of reality. 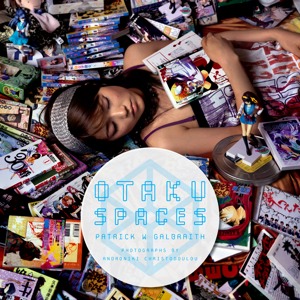 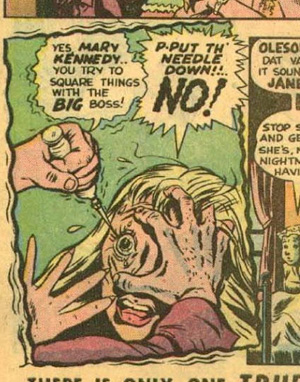 Miyazaki’s crimes only exacerbated that negative perception. (Wired wrote, "The police believe the Tsutomu Miyazaki case was an exception, not an omen for the future," reassuring particularly skittish readers.) Galbraith says Japanese media persistently associated Miyazaki with otaku; the image of his room — unoccupied and windowless, with videotapes stacked to the ceiling around a small, rumpled bed — became the dominant impression of an entire subculture. Commentators suggested in that room, with so many fictional worlds within easy reach, Miyazaki could not longer distinguish between fantasy and reality. The outcome of his trial hinged on the question of his sanity, with the court concluding he understood the severity and consequence of his crime and sentencing him to death. He was executed in 2008.

"I wonder if people would accept in the US, after a mass murder, anyone saying, ‘Oh, I know why he did this: because he’s a comic book fan,’" Galbraith says, before noting that Seduction of the Innocent, a 1954 book by psychiatrist Fredric Wertham, claimed that then-popular "crime comics" promoted juvenile delinquency. Wertham’s claims sparked a Congressional investigation; the resulting political pressure led to the creation of the Comics Code Authority, largely responsible for the subsequent decades-long dominance of superhero comics. Arguably, the United States comics scene still doesn’t have the artistic breadth or artistic cachet of its Japanese counterparts.

Perhaps because of this larger cultural role, the definition and understanding of otaku has long been contentious. Galbraith describes a long-running power politics surrounding the subculture. "The ‘bad’ otaku shuts off from society, in a room with the objects of consumption, not participating in ‘normal’ forms of social formation," he says. Miyazaki embodied this stereotype, and his prominence strengthened it. "For example," Galbraith says, "today we think of otaku as male, but before 1989, they were often described as both men and women who behaved in ways the older fans or outsiders found unacceptable." Already, before the killings, otaku men were often portrayed as failures — socially, economically, and sexually. The term came out of the subculture, as a negative self-description. But only after Miyazaki did it take on the stronger implication of social pathology. Imagine, for example, serious, sustained, public speculation that maybe The Beatles really had made Charles Manson crazy. 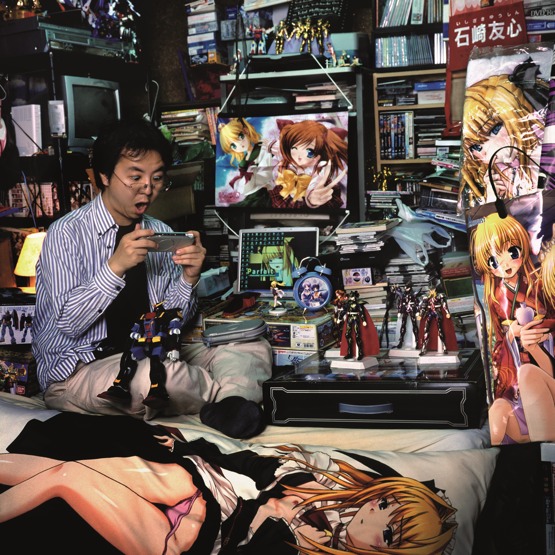 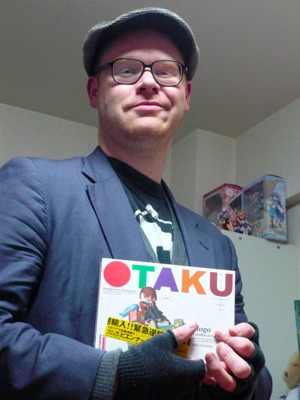 Today’s otaku have it better. The label has lost some of its sting; concurrently, more sites of "otaku-ness" have sprung up. Tokyo’s Akihabara has become probably the most recognizable otaku town in the world. Local authorities have embraced that identity, holding frequent festivals and welcoming fans. Increased public recognition has also helped broaden the culture; no longer confined to the image of an person-less room overstuffed with pop-culture flotsam, otaku can take on more positive meanings. It’s not just the obsessive, withdrawn loner — though that picture may never completely dissipate — now it can be the ardent, passionate expert.

"It’s a slippery term, as a lot of my interviews demonstrate," Galbraith says, "A lot of people mobilize that term, with all of its historical baggage, but also all of its present meanings. I think because otaku is such a loaded and powerful word, it’s useful to talk through the possible ways you can make the label significant in your life. Whether good or bad." Galbraith has taken on the label for himself: since discovering VHS copies of Nausicaa of the Valley of the Wind and Bubblegum Crisis as a youngster in Alaska, he’s become a self-proclaimed otaku. He’s cosplayed as Super Saiyan Goku from Dragon Ball Z and led audio tours of Akihabara, not just as a scholar, but as a participant.

That gives him a different perspective than some of his more theoretically minded colleagues. And it goes hand-in-hand with a strong sense of responsibility toward his subjects. With Otaku Spaces, he consciously set out to counter the myth of Miyazaki, the madman alone in his room. "It's too much of a temptation to fall back on these stereotypes and tropes," he says, "without someone there to check you on it." His check is the people he talks with, often spending hours on a single interview. As his work reveals, they can speak candidly and with remarkable self-awareness about being otaku — whatever that means to them. Far from Miyazaki's empty room, they occupy spaces of life, surrounded by the things they love and eager to tell their own stories.