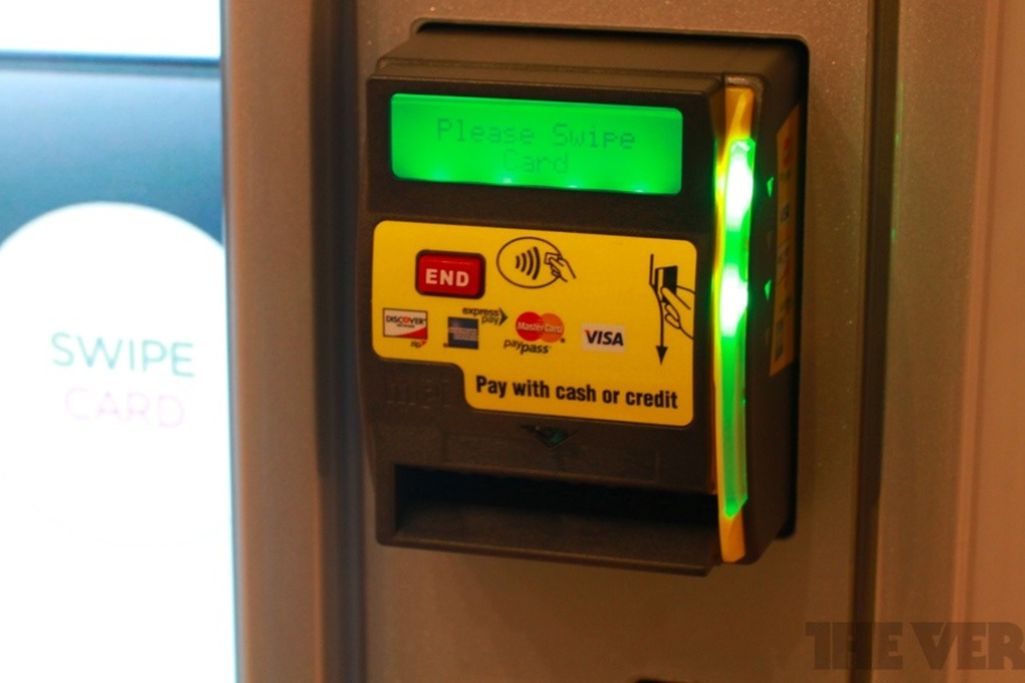 It's past time to just come out and say this: the mobile payment ecosystem is a confusing mess. There are a half-dozen legitimate and competing solutions for payment, just as many for digital wallet apps, even more for accepting payments, and innumerable startups, gigantic corporations, banks, carriers, regulators, point-of-sale hardware producers, joint ventures, and merchants all vying for a slice of what could be a very big pie. Somewhere in there is the consumer, who by-and-large is standing on the sidelines watching these entities play their Game of Payment Thrones and waiting to see what solution will actually become ubiquitous enough to actually rely on.

At CTIA Wireless 2012, we expected mobile payments to be an important theme and it is, but not quite in the way you might have thought. For the past year or so, we've been watching companies like Square, Google, Intuit, and more all make their mobile wallet plays with a variety of features: NFC tap-to-pay, location-based payments, mobile wallets with multiple cards, merchant loyalty programs, and various payment options. However, there's been one company that many were expecting to finally make a big splash here at CTIA, called ISIS, that has essentially been a no-show.

We sat down with both Visa and Mastercard to take their respective temperatures when it comes to their relationship with ISIS and talk about their strategies for mobile payments. It's fair to say that when it comes to ISIS, they are lukewarm, but the temperature is rapidly rising on mobile payments in general. The stakes couldn't be much higher — this isn't just about which NFC standard or mobile wallet will win out. In some ways, all of these companies — from credit cards to carriers to startups — are are trying to enmesh themselves in the future of all consumer payments.

ISIS is a joint venture between AT&T, Verizon, and T-Mobile whose mission is to be a "national mobile commerce venture that will fundamentally transform how people shop, pay and save." That's a pretty generic statement that could probably apply to any of the players in this space, but what's important to notice about ISIS is that it comes from the carriers, not the credit card companies. Still, carriers are backing it — last July we saw that Visa, Mastercard, American Express, and Discover all formed "relationships" to work with ISIS's payment system.

What, then is the nature of those "relationships?"

Until now, it seemed as though ISIS was set up to be the 500lb gorilla in the mobile payment space. It had the backing of the biggest mobile carriers in the US and support from the most important credit cards. So we waited (and are still waiting) for ISIS to fully launch, watching as some banks came on board, some major payment system providers signed up and finally seeing a real demo of its virtual wallet in March at SXSW.

Here at CTIA, ISIS is missing in action and two of the major players, Visa and Mastercard, are pushing their own wallet and payment solutions instead of talking about ISIS. Visa is showcasing V.me, which was announced last November while Mastercard announced PayPass Wallet here at the show.

Though both Visa and Mastercard will work with ISIS, neither major credit card company is going all-in with the joint venture, which is looking more and more like it will just be yet another mobile wallet. The mobile payment space is looking as fragmented as ever and is becoming more fragmented with every major announcement, not less. 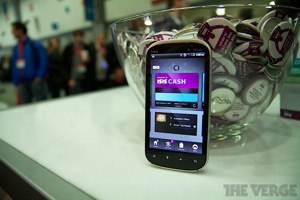 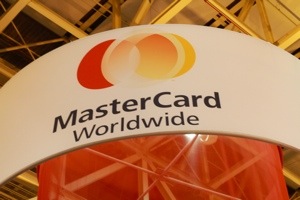 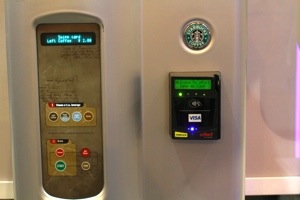 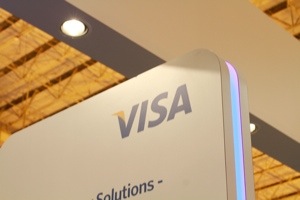 Visa, in particular, is pushing hard in the mobile payment space here at CTIA with a large booth presence. The company is showing of its payWave NFC payment system, V.me, and Visa Mobile Prepay — all of which are solutions that go beyond what ISIS provides and, frankly, would obviate the need for ISIS were they to win out in the marketplace.

We spoke with Brad Greene, head of strategic business development for the mobile commerce unit of Visa, about the company's strategy. When it comes to ISIS, Greene tells us that Visa has licensed payWave to the joint venture so an ISIS wallet can communicate with Visa's systems. However, Visa believes that "ISIS is focused primarily on the NFC space," while Visa is focused on "the user's information stored in the cloud [and] being able to transact remotely." Even so, Visa isn't ceding NFC payments to ISIS entirely, it will continue to offer its own payment and wallet solutions.

Ed McLaughlin, Mastercard's Chief Emerging Payments Officer, takes a slightly more friendly stance towards ISIS, "I wouldn't characterize ISIS as a competitor." However, like Visa, Mastercard is not throwing in with the joint venture entirely, preferring to hedge its bets with its own system and keeping ISIS at arm's length. "Hypothetically if ISIS came to us and said we would like to hook our wallets into your network, we would consider that — just like we would consider any partner who came to us."

So while it's possible that ISIS could become a universal standard, it's very far from a sure thing. Yes, it has the backing of three of the four major US carriers, but the biggest credit card companies will offer their own competing wallets and networks. Both Visa and Mastercard (and, presumably, many others) will allow their banking systems to be plugged into ISIS's wallet, but at the same time they are making that case that consumers will want to use their systems instead.

Visa, in particular, was clear that ISIS may have a place in mobile wallets, but it didn't want carriers inserting themselves anywhere else in the payment stack. Greene pointed out that he thought carriers made for a great "retail distribution network" and could serve to education consumers on mobile payments, but that ISIS and NFC are little more than "technology enablers."

I think there’s certainly room for Isis to play. It’s our understanding that they’re not attempting to become a bank or a payment network. I think it’s a smart business model choice. We’ve got a very positive view on Isis and their prospects for success.

In the short term, what we are looking at is this: a variety of competing mobile wallet solutions from Visa, Mastercard, Google, PayPal, Intuit, Square, ISIS (eventually) and others. Knowing whether the wallet solution you've chosen will work at any particular merchant will require that you check the wallet app and search for what's nearby. Right now, each wallet provider looks to be largely operating on a vertical business model — there are a few partnerships for the point-of-sale terminals and credit card integration into 3rd party wallets, but you shouldn't assume that your NFC payment solution will work at any given store. 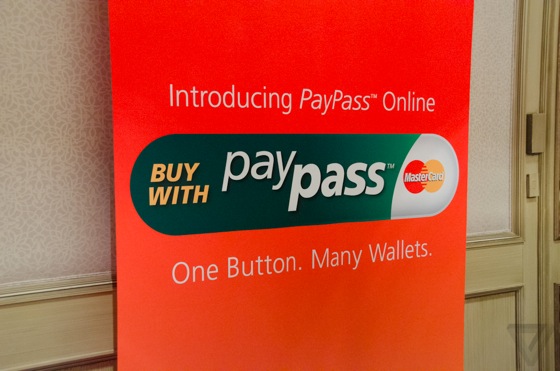 In the long term, we expect that, just as in the credit card space, all of these mobile payment competitors will eventually find a way to shake hands, interoperate, and make life easier on the consumer. Both Visa and Mastercard talk the talk about a cross-compatible, interoperable system where you can use any wallet solution at any store. However, that relatively simple dream turns out to have some very complex obstacles before it. Primarily, none of the companies involved wants to give up the chance to dominate the entire mobile payment space.

When it comes to interoperation, Visa's Greene said he didn't know when these competing solutions would begin to work together:

Over the long term we think that merchants, especially cross-channel merchants, can enable acceptance across all those channels which benefits the consumer and the merchant. Arriving at that world is an ongoing journey for the whole industry.

That "ongoing journey" feels more like a race right now, where each player is pursuing a dual strategy of making sure they have a partnership with everybody while also trying to win the entire market and become the dominant solution. Greene wouldn't come out and say that Visa is trying to win it all, but it's not difficult to read between the lines:

We welcome competition, but at the end of the day we think that most of consumers will gravitate towards one preferred digital wallet solution. It doesn’t mean there’s not room in the market for different sorts of approaches, but we think consumers will gravitate towards one wallet, and we’re going to be able to offer a solution that makes the most sense for the consumer. 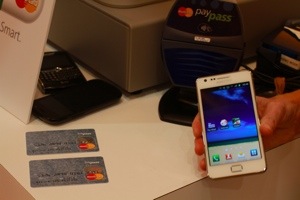 Greene believes that the "trust" that both merchants and consumers have in Visa gives the company a significant advantage. He explicitly pointed out that the company has an edge with "merchant acceptance" built on Visa's current plastic card offerings and feels that consumers will similarly gravitate towards what they already know:

If I’ve got a really cool application, there may be plenty of room for that application in the marketplace, but as a consumer what I load inside it gets to the trust factor. Is this a brand I can trust, is it backed by my bank?

Mastercard, on the other hand, appears to be much more amenable to working with partners instead of owning every piece of the mobile payment stack. "Global interoperability is critical — it is something that MasterCard is focused on," McLaughlin told us. In particular, it's pursuing an "open API-based services approach," where any wallet provider can hook into its PayPass payment system. "We’re not just saying the network is for our own closed wallet — it’s available for our partners to hook in their wallets."

That's not to say that Visa isn't doing the same, but the tenor of our discussion with Mastercard leads us to believe that it's putting more of its effort into broad partnerships so no matter who comes out on top (unless it's Visa, of course), Mastercard will be there.

The fact that Mastercard is the only major credit card company to work closely with Google on Google Wallet is another sign that the company is ensuring it's participating in as many different wallet solutions as possible. Just today, Visa announced that it had licensed its payWave system to Google, but that also reveals a key difference in philosophy between Visa and Mastercard: Mastercard talks about open APIs while Visa talks about licenses.

Will mobile payments ever replace plastic credit cards? Presumably the answer is yes, but given the current state of fragmentation, it's not going away. Mastercard's McLaughlin points out that plastic has other advantages:

It’s not about phasing out plastic, it’s about extending beyond plastic. There are times when you are at the beach and plastic is the right form factor, and that may not go away. Our mission isn’t to end plastic, it’s to say that with these new technologies and devices that we have more capabilities.

Visa is looking even further forward, to a world where meager physical material like plastic cards or even NFC chips aren't necessary for payment. Visa's Greene says that "It's not all about NFC, but NFC is important." Visa sees NFC as "the best chance to provide mobile payment acceptance in the short term." Long-term, however, Visa believes that more and more of that activity will happen in the cloud with no physical interaction necessary.

Unfortunately, we simply don't know. The most likely scenario is that neither Visa, Mastercard, ISIS, Square, nor anybody else will become the single, de-facto standard for mobile wallets and mobile payments. Theoretically, the consumer need for a universal and interoperable system is just too great for these companies to continue to fight it out while leaving money on the table. That's the theory, anyway, but the practical reality is that none of the companies involved fully accepts that theory yet. Until that happens, you should plan on keeping those thin slabs of plastic in your wallet.

T.C. Sottek contributed to this report.