Logitech is releasing a set of custom-tuned Ultimate Ears Personal Reference Monitors for $1,999 starting this month at select locations.

Logitech has announced a set of custom-tuned Ultimate Ears Personal Reference Monitors that are made specifically to your music listening preferences. Each set is tuned to your specific music tastes using a "Personal Reference Tuning Box," and include five individual armatures which are wired in a three-way crossover setup that divides music into low, medium, and high frequency channels. Each monitor is connected via a detachable, braided headphone cable that can be swapped out for use in wireless stage setups as needed.

But these aren't the first Ultimate Ears to offer a unique sound — the company was started back in 1995 when Jerry Harvey created the first set for Alex Van Halen so he could hear the other band members. Logitech scooped up the company in 2008, and has since been making custom fitted Ultimate Ears like these ever since. This move from custom-fit to custom-sound is a step forward for the Ultimate Ears line of monitors, and we hope these can live up to both their $1,999 price tag and their reputation. The Ultimate Ears Personal Reference Monitors will be sold in select locations in New York City, Nashville, Irvine, and Los Angeles starting this month. 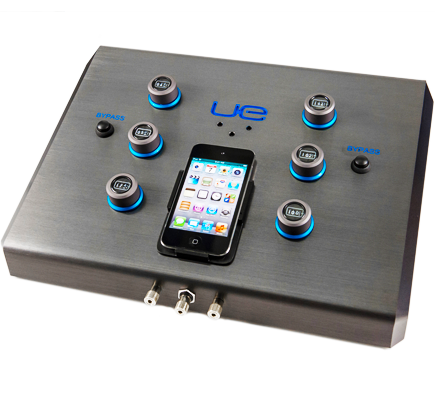