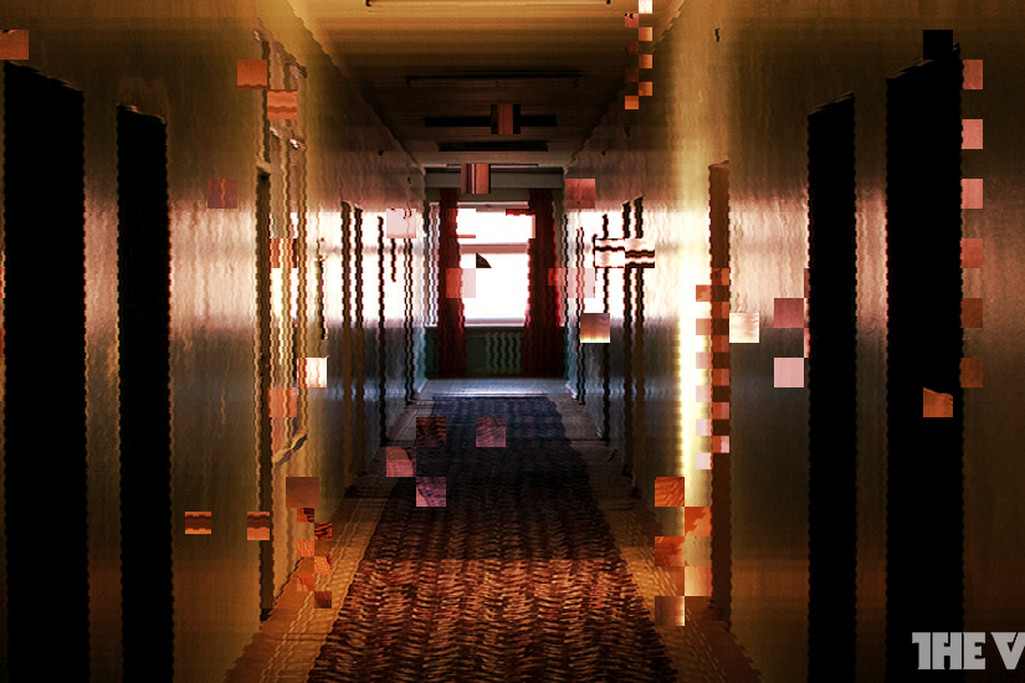 Most people had never heard of Luka Magnotta… until a severed human hand and foot were mailed to Canadian government officials. But by the time the 29-year old alleged killer was arrested in an Internet café in Germany less than a week later on June 4th, his name and back-story were infamous. Magnotta had apparently made a video of himself killing, dismembering, and eating his victim. The video had circulated online, leading to Magnotta's identification as the suspect, an international manhunt, and ultimately, the mainstream celebrity he'd always craved.

Snuff films were supposed to be an urban legend. And yet, it turns out, now they're real. Thanks to the Internet, peoples' ability to film and distribute murder to a mass audience has never been easier.

The audience congregates on gore sites (also known as shock sites) like BestGore.com, GoreGrish.com, and TheYNC.com. The members of these sites, which are hosted in Canada and the US, respectively, scour the Internet for videos of true-life killings, maiming, torture, and abuse, and post them for millions of fellow gore seekers.

Considering the states of unrest in places like Syria, Mexico, and the former Soviet Union, the sites and their users have a lot to choose from. You'll find entire topics devoted just to Mexican drug cartel beheadings, for example, and surprisingly intimate footage taken from dashboards with camera phones, that make you feel as if you're right there in the car with the Zetas as they're gunning down rivals.

But amidst the videos of accidents, drug violence, bombings and executions, an occasional video of private citizens killing other private citizens for kicks pops up. So when the Magnotta video debuted, most gore site users were less shocked than you might think. After all, they'd been following his career all along.

Warning: the referenced sites, videos, and links contain graphic content of torture, gore, and violence. Surf at your own peril.

I would have preferred more gurgling 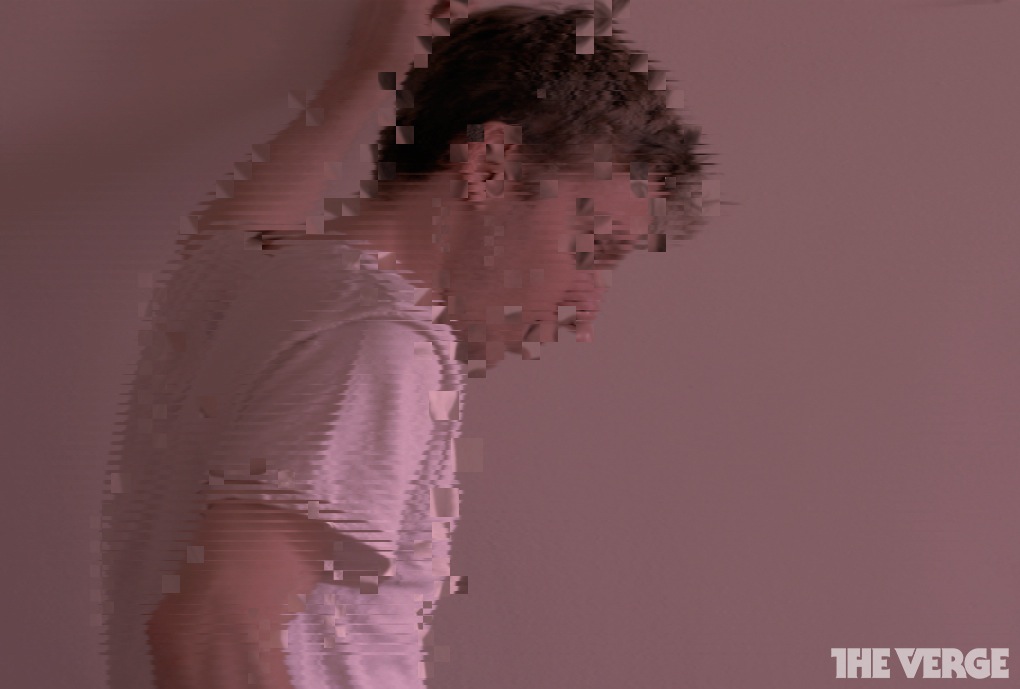 Like anything that blows up on the Internet, it started with cat videos. Niki (she asked us not to use her full name) is a UK-based administrator at GoreGrish.com, a volunteer-run website hosted in the US. In December of 2011, one of GoreGrish.com's members posted a video of Luka Magnotta suffocating two kittens with a vacuum and a plastic bag, while John Lennon's “Happy Christmas (War is Over)” played in the background. The video had also been on other top gore sites, and was causing a stir.

Many users will calmly watch human beings getting their heads chopped off, but draw the line at cuddly, cute animals being hurt. "His animal torture videos became notorious throughout gore websites," says Niki. "His name was definitely known."

The video of Magnotta apparently killing what authorities now believe was Chinese student Jun Lin to the soundtrack of New Order's "True Faith," was available online roughly 5 days before authorities became aware of him. Entitled 1 Lunatic 1 Ice Pick, It was emailed by an unidentified person to TheYnc.com and BestGore.com, and reblogged by GoreGrish.com. Most viewers of the video, judging from their comments, were somewhat shocked, but mostly detached.

"There are speculations that 1 Lunatic 1 Ice Pick may be an actual snuff film – produced by some crazy psycho who was paid to murder a person and film it on camera,” BestGore.com website operator, Mark Marek, wrote in an intro to the video. "Though as with everything that starts going viral on the internet, the chances of the reality being blown out of proportions [sic] are quite substantial." 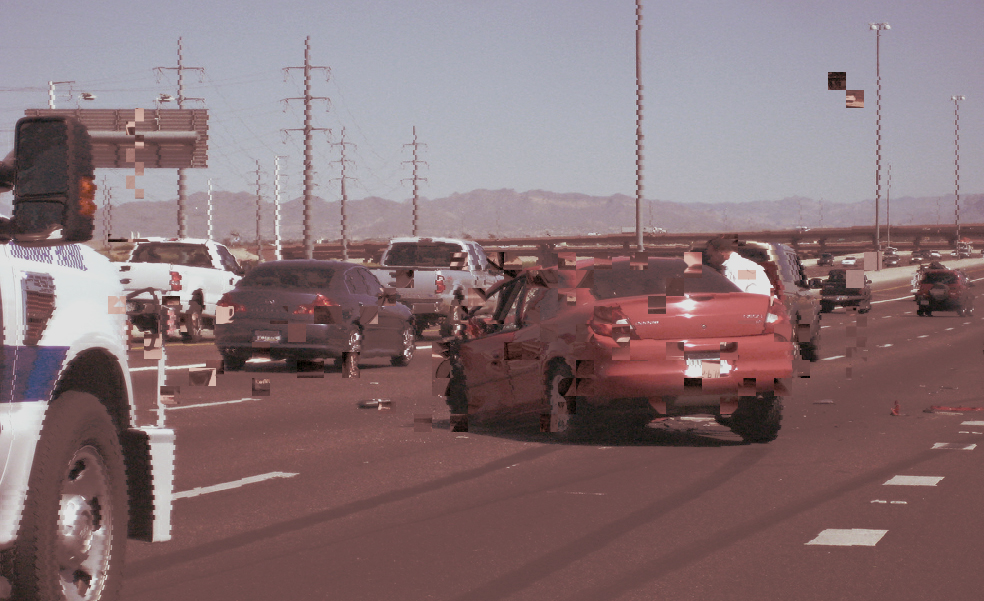 Over on TheYNC.com, most members seemed to believe the video depicted a real murder, but few could agree on whether New Order had been a good band or not. Many wished there had been more "gurgling" or otherwise eerie sound effects. The fact that most of the video's action takes place with an already dead corpse was a big point of contention.

And then somebody from BestGore.com thought to call the authorities, and suddenly the Luka Magnotta video stopped being an abstraction.

"I think the biggest shock was that we had witnessed it before the media got ahold of it," said Niki of GoreGrish.com. "And, it was like: 'Ah shit! This is big.'"

What's really going on out there

Anybody's who's ever rubbernecked at an accident (which is to say everybody) knows it's human nature to want to see gore. It's not morally justifiable to gawk at human suffering, and most people don't indulge in their curiosity. But a lot of people do.

One of the earliest web sites, still alive today, was a shock site called Rotten.com. Created in 1996, it's mostly links to still images of things like weird medical conditions and horrible accidents involving meat grinders.

It wasn't until the mid 2000s that shock sites really came into their own, dovetailing with widespread Internet access, even in the third world, and the speeding up of peoples' connections, so they could easily watch video online. Ogrish.com is the granddaddy of them all. Starting in the early 2000s, the site published timely images and video, like jumpers at the World Trade Center and gruesome political executions in Russia. A tight and passionate forum developed among the site's users.

"When I lived in the UK from around 2007-2010 we had quite a tight knit community with several other UK members, meeting up for camping and paintball. I even shared a house with a few other members for a while" remembers former Ogrish member, Joanne* (names noted with * indicate that the person's real name has been changed).

But perhaps due in part to conflicts with international censors, Ogrish abandoned gore. In 2006, the site split in two; its gore forums live on as OgrishForum, though they're now mostly inactive, and the rest of the site became the more mainstream video news site, LiveLeak.com. (LiveLeak.com did not respond to an interview request.)

Sites like GoreGrish.com, comprised of many former Ogrish members, sprung up to fill the void. It, too, has an active forum and chummy community aspect. Niki likes to point out that the site's moderators are available 24/7 to Skype or email with anybody who is disturbed by what they see, and just want to talk about it. 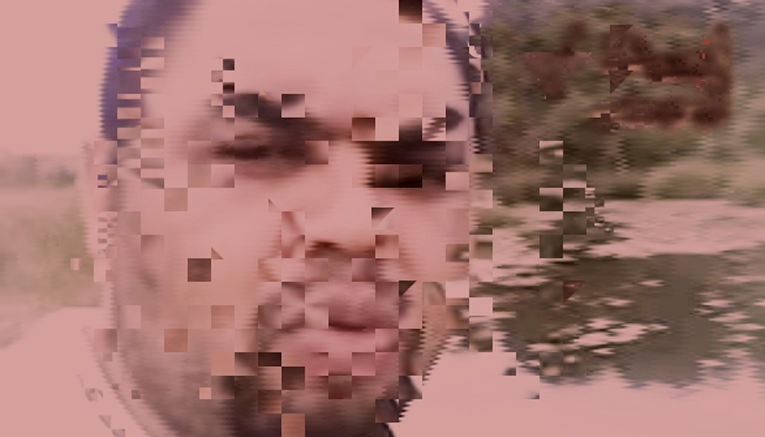 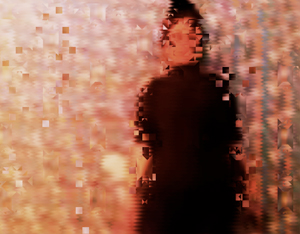 The image of the typical gore site user, a misanthrope in a basement, isn't entirely accurate.

Certainly those people exist. Mark Marek, the webmaster of BestGore.com describes humans in his writing as "fleshy viruses," and does not own a phone. And there are certainly the gore fetishists. New Zealand Artist Jon (E)vil reproduces scenes from his favorite gore videos in razor blade scars on his own body.

But many gore site users keep their hobby on the downlow: they have professional jobs, families, social skills. GoreGrish.com's Niki has a job in the medical field in the UK (she declined to be more specific) and originally sought out gore sites so she would "not be shocked" by anything she was likely to see at work.

SAF*, a soft-spoken 30-year old from Massachusetts, downloaded 1 Lunatic 1 Icepick while setting the table for dinner for his wife and two young children. He's a volunteer moderator at GoreGrish.com, monitoring site activity and staying in touch over IRC during the day at his job as a building materials salesman. Although his wife knows about and accepts his hobby, his coworkers have no idea what he's up to.

"The people I work with are old blood. They have ties to the Pilgrims," says SAF. "They're conservative."

Ultimately, what they all seem to share is a compulsive curiosity about human nature and frailty, and a firm belief that the mainstream media does a disservice by censoring "what's really going on."

"We live in the developed world, and we don't have exposure to how people actually treat each other," says Kingfate*, a 20-year-old Midwestern GoreGrish.com member. "[Gore sites] keep us rooted in reality."

"Posting these videos doesn't mean that we condone them," says Niki. "We're just giving people a means to see what's going on. When you hear a bomb has gone off in Moscow, we try to find those images and put them up for people who want to see. And why should we not see it?" 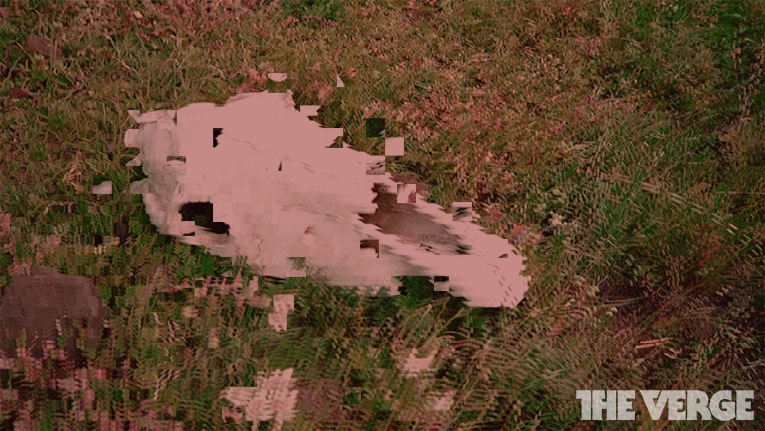 All the big gore sites have age restrictions, warnings about graphic material, and stringent policies against child pornography and bestiality. There are taboos that still exist even in the gore world.

In the US, websites are protected from liability by Section 230 of the Communications Decency Act if they’re posting user generated content. So, in effect, if they are just showing something created by somebody else, they're not doing anything illegal. Even if that something is a murder.

That said, blanket immunity as it exists now is politically unstable.

James Grimmelmann, a professor at New York Law School, points to the case of Craigslist, which was pressured by state law enforcement and advocacy groups to abandon its adult services ads 2010.

"I think Craigslist had a rock solid case, but after taking the heat, they decided to take them down," says Grimmelmann. And Craigs' public stoning may not be the end of it.

"If you get something involving really grisly or horribly offensive material, that's the kind of thing Congresspeople are really attentive to, and like to jump on because it shows them doing something about filth on the Internet," says Grimmelmann.

It begs the question: had Canadian Luka Magnotta and his Chinese victim been American, would gore sites — at least those run out of the States — continue to operate carte blanche? 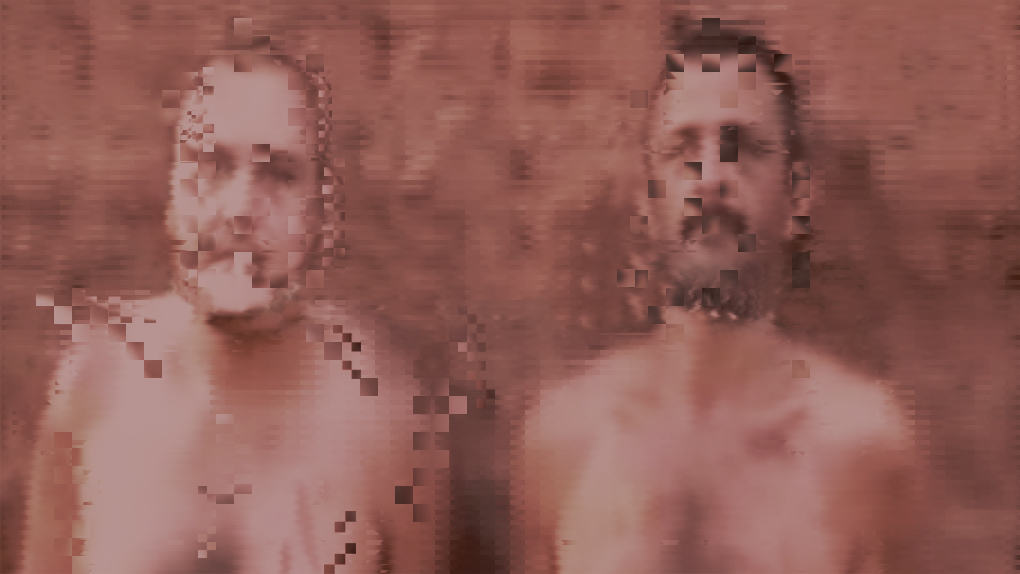 Thanks to lame reality TV, it's socially acceptable to become famous for all kinds of questionable reasons: being a mob wife or a bad teenage mom, for example. Arguably, the bar to fame has never been lower. Could gore sites be a new, even dirtier road to celebrity for those with latent sadistic urges?

"I genuinely believe you already have it in you to do something like that," says Niki. After watching over a decade of gore videos, Niki says, "I've NEVER had the idea to harm another human being EVER."

Gorehounds say that, quite the opposite, the sites actually help fight crime.

In 2009, for instance, two Russian teenagers were found guilty of murdering 21 people during a two month terror spree in the Ukraine. The so-called "Dnepropetrovsk maniacs" filmed several of their murders with cell phones, including the brutal slaying of 48-year-old Sergei Yatzenko, who was pulled off his bicycle, bludgeoned with a hammer, and stabbed repeatedly with a screwdriver.

The video, named 3 Guys 1 Hammer, made it onto the gore sites, and is still widely regarded as the most shocking gore video of all time. And its existence was instrumental in the murderers' conviction at trial.

Similarly, 1 Lunatic 1 Icepick led to Magnotta's arrest, after the BestGore.com user community outed him and a member contacted Canadian authorities.

We’ll never know if Magnotta would have graduated from killing cats to killing humans if he hadn't been assured of an audience of hundreds of thousands.

There is only one certainty here: Luka Magnotta won't be the last.

“Bad guys evolve as fast as the rest of the society,” says BestGore.com’s Marek. “We live in an internet age. It’s only normal that the internet became the communication platform for the perpetrators...You won’t see perpetrators mailing letters with words cut out of a newspaper glued onto it to draw attention to their crimes anymore. [A] new generation of violent people will use the internet as a platform of choice for various purposes.”

Murder and mayhem have existed since the universe began. Nations have waged wars. Religions have tortured infidels. Lovers have killed rivals. Teens have assaulted random passers by with woodshop tools. What's different now is that we're reaching the tipping point, where nearly everybody in the universe has the ability to show everybody else in the universe what they're capable of.

And it's not always pretty.