Microsoft is widely expected to unveil Windows Phone 8 at a special event next week, but more details about the mobile operating system appear to have leaked ahead of its debut. Nokia Innovations has posted several screenshots that seem to show how Skype will be integrated into Windows Phone 8. One particular screenshot shows an incoming video call that looks like Windows Phone's native calling app, another shows Skype and RCSe integration in the People Hub.

The site has also posted a screenshot of what is claimed to be the new camera UI for Windows Phone 8. The simple layout includes a slider on the left to adjust zoom and a button to switch between the front and rear facing cameras. There's also a screenshot of a "DataSmart" feature that we've heard mentioned before. The feature will allegedly track usage and consumption of data, and one screenshot shows off a live tile for the app. 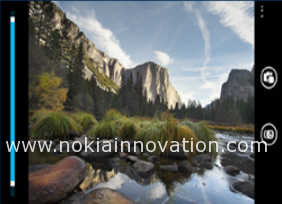 We can't be certain that the screenshots are genuine, but they do appear to show features we're likely to see in Windows Phone 8. Microsoft is also expected to be working on improved hardware support for multi-core processors, four screen resolutions, and NFC radio support with a contact-less "wallet experience" in Windows Phone 8. We'll be at Microsoft's Windows Phone Summit on June 20th to bring you all the very latest on Windows Phone 8.

Windows Phone 8: all the rumors ahead of the official launch