Nikon has announced a couple of new DSLR lenses, and one of them's a record-breaker. The 18-300mm f/3.5-5.6 ED VR has the world's highest zoom ratio of any DSLR lens, at 16.7x. The previous champion in this field was Tamron's 18-270mm f/3.5-6.3, so it's impressive that Nikon has managed to add 30mm of range while actually improving on the aperture at the telephoto end. That said, you'll be paying for the privilege — the lens will launch in June for $999.95, which sounds like a lot to lay down for a superzoom. Still, you'll likely be hard-pressed to find a more versatile lens for any APS-C camera.

Also announced is the full-frame-compatible 24-85mm f/3.5-4.5G ED VR, a standard zoom which should provide a useful walk-around option for DX and FX shooters alike. It's not the first Nikon lens to feature that combination of focal length and aperture, but the previous model went out of production several years ago and didn't have vibration reduction. It'll also be out in June and will go for $599.95. 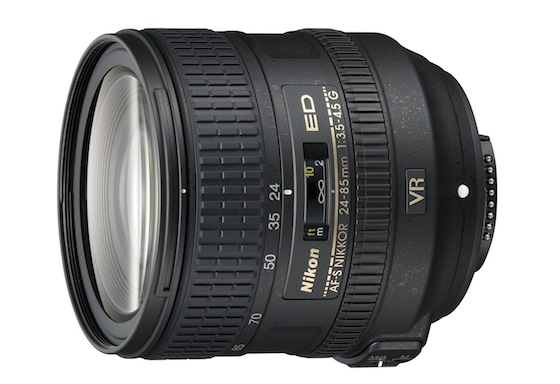