Photos of BlackBerry 10 posted on CrackBerry reveal a Holo-esque music player, and the first look at the phone's photo app.

New photos of BlackBerry 10 posted on CrackBerry give us a little more insight into what the new OS will look like when the first devices hit the market — expected later this year. The pictures show BlackBerry 10’s Holo-esque new media player, with uses a cyan progress bar and highlight on the app’s "Playing" tab (pictured above).

There are several images of the oft-discussed "flow" at work, although this time it’s not just switching between apps, but also from the phone’s inbox to an email message, and then to a PDF attachment (pictured below). The SwiftKey-like keyboard and previously-seen icon tray make an appearance as well, along with an image of the BlackBerry 10 photo app (pictured below). While there isn’t much to see with respect to the app's controls, we did spot the node-and-connection share button present in Android, only flipped on its side. We're not sure we're as enthusiastic as CrackBerry about the new OS, but BlackBerry fans ought to head over to see the rest of the images. 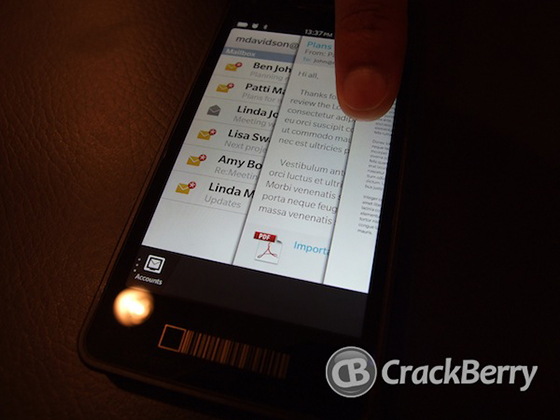 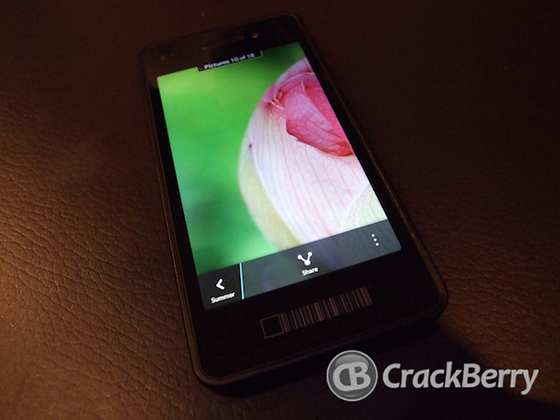