Mozilla showed off a prototype version of its Junior web browser for iPad at a recent presentation.

Share All sharing options for: Mozilla takes aim at the iPad browser market with its 'Junior' prototype

When it comes to browsing the web on iOS, there are plenty of third-party alternatives to Apple's Safari. Atomic, Dolphin, Mercury, Opera Mini, and Skyfire are just a few that have enjoyed some measure of success on the platform, but one name that has been noticeably absent from the category thus far is Mozilla. To this point, the company's sole offering has been an iPhone-only app that syncs tabs from a PC or Mac to your handset — assuming Firefox is your home browser of choice, that is. Judging by a presentation from the company's Product Design Strategy team this past Thursday, however, Mozilla will soon be joining the fray in a big way.

"We wanted to look into how we could reinvent the browser for a new form factor."

Enter Junior. "So here comes the fun stuff," said Alex Limi as he began discussing the prototype iPad browser Mozilla has been working on for several months. "We wanted to make something entirely new. We wanted to look into how we could reinvent the browser for a new form factor," he said. He goes so far as to deem Safari for iPad "a miserable experience" all the while acknowledging that it remains the best option available in terms of tablet-based browsing. iOS is a platform where Mozilla has yet to make an impact, he admits. "There are a lot of reasons we should be on iOS even though we can't bring our rendering engine there." Ultimately he says Junior was born out of necessity: as of now, Mozilla has "no vehicle on one of the biggest consumer platforms in the world." But what does the company's take on an iPad browser actually look like? 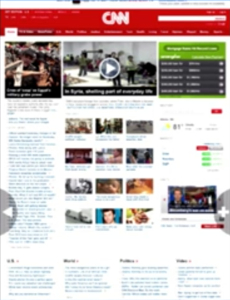 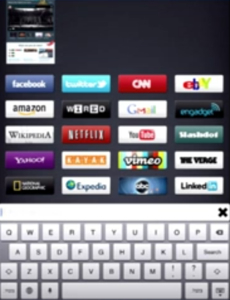 Looking for tabs? You won't find them

To start off, it's a full-screen experience. Rather than sticking an address bar (and tabs) at the top of the app, Junior's predominant user interface consists of two buttons placed about a third the way up the iPad's screen. First is a back arrow, and that does exactly what you've come to expect. On the right side of the screen is a plus symbol, and that's how you'll be interacting with the browser most often. Tapping it presents a screen "that lets you do the three vital things when you want to go someplace new," according to co-designer Trond Werner Hansen. 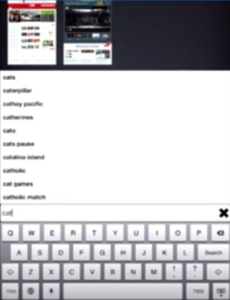 Those consist of recent pages at the top (Mozilla finds the visual style more intuitive than traditional tabs on an iPad), an icon-heavy list of favorites/bookmarks, and a unified search/URL bar at the bottom. Each takes up about a third of your screen real estate, resulting in a nice, cohesive aesthetic. When entering a search query, results will populate over the favorites section, eliminating any need to leave this home screen interface.

Mozilla might be sacrificing tabs in the name of simplicity, but the company hasn't forgotten about other popular browser functions like reload, forward, and print. Each of the main two buttons can be expanded to reveal a total of six operations, though the team hasn't finalized what those will be. 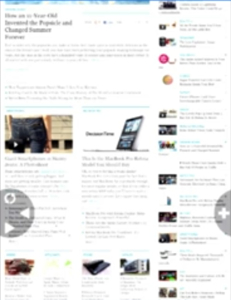 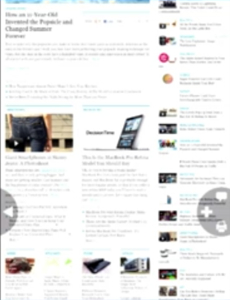 Since the iPad is a device commonly shared between family and friends, another demonstrated feature of Junior is the ability to create separate user accounts. When swiping to the left of the main navigation page you'll enter a user login menu, and although it was clearly in early stages during the presentation, Mozilla says this is also where you'll find options for things like private browsing. In terms of security, users will be able to require a password to log back into an account, thus ensuring your web history remains blocked off from nosy family members. 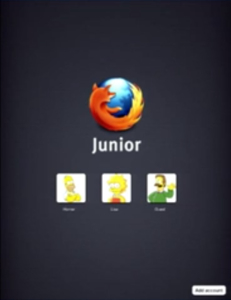 We don't expect Mozilla to ship Junior in the immediate future — the browser is still missing some fundamentals (e.g. a progress indicator) and its developers continue to debate what features to implement. Still, it's promising to see that the company is exploring what's possible on the iPad platform rather than merely trying to shove a desktop Firefox experience onto Apple's tablet. And if just one new competitor to Safari isn't enough to get you excited, Limi seems to strongly believe that Google is working on bringing Chrome to iOS "soon" — a rumor we'll be sure to keep our eyes on. In the meantime, you can check out Mozilla's demo of Junior in the video below.