Google Shopping evolves: is pay-to-play the future of web tools?

Share All sharing options for: Google Shopping evolves: is pay-to-play the future of web tools?

Perhaps more than almost any web startup, Google has walked a fine line between competitive business operations and idealistic techno-utopianism. "Google is not a conventional company," its founders said in a 2004 IPO filing. "We do not intend to become one." Central to this "unconventional" operation was a belief in the integrity of pure algorithms. The now-famous "don't be evil" maxim headed a section praising the "unbiased and objective" search results and rejecting paid inclusion, saying that "we believe it is important for everyone to have access to the best information and research, not only to the information people pay for you to see." 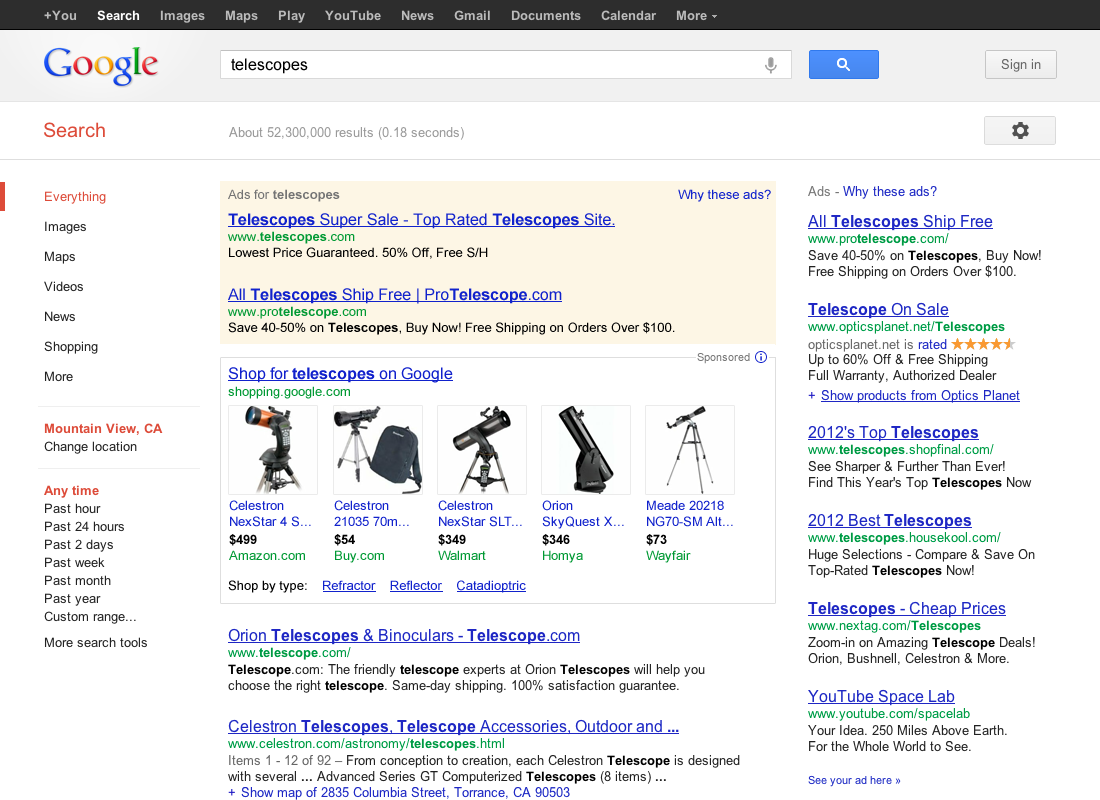 Eight years later, however, such paid inclusion is a mainstay of certain searches. Besides the smaller Flight and Hotel Searches, Product Search (formerly Froogle) will soon become Google Shopping, moving to a model where all merchants pay either per click or per transaction to be included. Besides clearing up the often redundant sponsored listings above products, Google says, the change will let the company give users better information. How much will charging for Shopping inclusion affect users, though, and what does it mean for the company? We talked to Sameer Samat, Google's Vice President of Product Management, for answers."We're shifting our relationship from one that is at arm's length to a commercial model."

Despite what Google has previously said about paid inclusion, there's not necessarily a disconnect between past and present here. The company has long offered advertising, and Samat makes it clear that shoppers will be aware they're looking at paid listings. Messages at the top and bottom of the first results page and the bottom of each page thereafter will tell users that merchants are being charged for inclusion. Since most shoppers apparently click through from the general Search page, the box of Shopping listings there will be boxed and marked in the same way sponsored results are now, and they're placed in the same general areas as ads. "We're fully transparent about the commercial relationship," he says. If anything, this just moves the entirety of Shopping into the realm of explicit advertising and (theoretically) provides better information in the process.

In other ways, though, it's a significant change. Drive, Gmail, YouTube, and other tools are monetized, but this is the biggest web service to become purely commercial. It also relies much less strongly on user-generated content or data sifting. Rankings may not be determined by payment, but both Google and merchants are entering a fairly traditional business arrangement, not the freemium model of Google Maps or the ambiguous world of SEO. Customers, meanwhile, will have the unusual experience of going to a service for the ads, rather than being incidentally targeted while watching a video or reading an email."Many small retailers today use platforms like Amazon or eBay... that same spectrum can participate in the new model."

So how different are the listings going to be under Shopping? Samat is somewhat vague. "The results are quite similar," he says of the new system. "In terms of retailers, we don't believe this is just large or medium-sized retailers. Many small retailers today use platforms like Amazon or eBay... that same spectrum can participate in the new model." He says he's already seen a wide spread of participants in testing. It's "really hard to say," though, how different the stores or listing order will be once it moves to the new model, or who might end up not paying for play.

We don't doubt that having UPCs or more accurate pricing will make some product searches better. But as the references to Amazon and eBay suggest, what Google really seems interested in is being able to act as a store rather than a directory, something that would both boost its own revenues and give it greater control over content. That means moving away from the explicitly impartial position it's held for so long and shifting its relationship with sellers from "one that is at arm's length... to a commercial model where we're in a business relationship." For something that's close to a web store already, that's not unusual, but it does raise questions about the future of Google's other tools.

"We're always trying to create better experiences for users," Samat says when we ask whether other services might eventually use a paid inclusion model. He's adamant about the fact that whatever happens elsewhere, "organic web search is free of any kind of commercial interests," but businesses already contribute data like indoor floor plans to Google Maps. If anything, one could argue that Google has always relied on its relationships with users (whether commercial or not) for information. And as the web grows, we're likely to see that relationship codified more and more.

Update: Although the changes to Google Shopping meet some industry standards for "paid inclusion," Google wants to clarify that it defines paid inclusion as "search results that a website owner has paid to place, but which were not labelled differently from organic results." As I've mentioned above, the company is clear both about keeping its paid Shopping section separate from "organic" listings and marking what's been paid for, regardless of the changes.