The Panasonic TH-L19C65 is a 19-inch LED-backlit TV that comes in black or white and will help deodorize your room with a 'nanoe' air purifier.

When Fujitsu announced its laptop with a built-in 'nanoe' air purification unit last month, we chalked it up to one of those Japanese innovations that likely wouldn't register much more than a blip in the history of technology. We may have been wrong, however — Panasonic will be releasing a TV with the same functionality later this month. The Viera CF5 is a 19-inch LED-backlit TV that comes in black or white and will help deodorize your room.

The technology works by releasing long-lasting nanoe ion particles into the air to absorb allergens, bacteria, and mold. Panasonic claims this will help create an uruoi bihada kuukan, or "space for moist, beautiful skin." It's not surprising that the company's trying new approaches in the TV business — it's been hit harder than most by the overall downturn in the Japanese market — but at 46,000 yen (about $589) for such a small set we wonder who the potential audience for this might be. If it sounds like you (and you're in Japan), it'll be released towards the end of June. 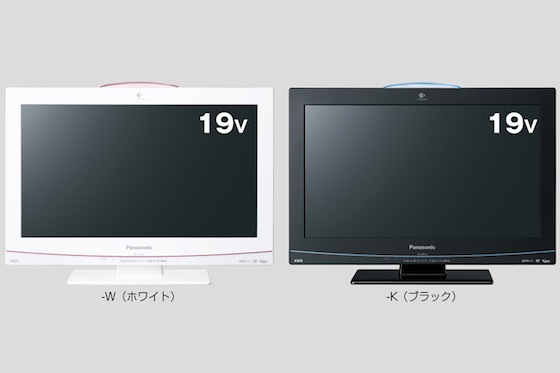