The Scythian Steppes, out now on iTunes and Bandcamp, features seven Sword and Sworcery tunes that have been remixed by luminaries of the Japanese videogame music scene such as Akira Yamaoka, Baiyon, and Michiru Yamane.

Share All sharing options for: 'Sword and Sworcery' remix album 'The Scythian Steppes' is now available

If you've worn out the grooves on Jim Guthrie's fantastic soundtrack for Superbrothers: Sword and Sworcery EP, today sees the release of a record that'll show you the tunes in a whole new light. The Scythian Steppes, currently out for $4.99 on Bandcamp and rolling out across various iTunes territories, features a diverse blend of seven Sworcery tunes that have been remixed by luminaries of the Japanese videogame music scene such as Akira Yamaoka, Baiyon, and Michiru Yamane.

Also available today is Sukitai no Musume, the Suda 51-starring Japanese localization of the original game that comes as a free update for existing owners. It's already out in Japan and elsewhere, but if it's not yet Thursday in your timezone you'll probably have to wait til around when the clock strikes midnight. 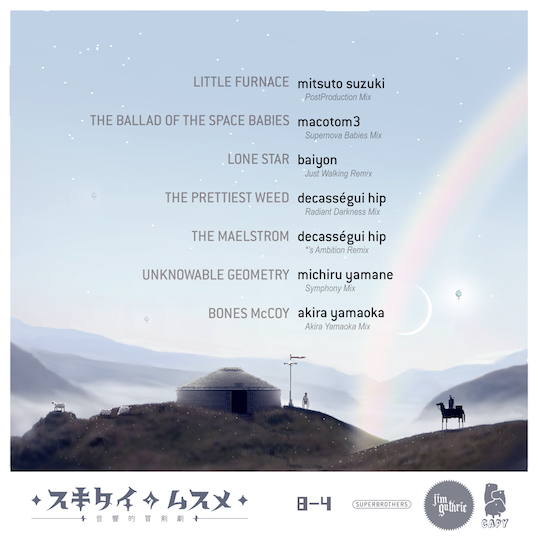