Google has added a public reply system to the Google Play store that allows app developers to respond directly to user reviews.

Typically, user reviews in mobile app stores are a one-way conversation, which can be frustrating for user and developer alike: devs can't explain that they're working on a particular fix or feature, tell the user when they're wrong (gently, of course), or ask for clarification without taking the conversation offline and out of the public view. Google is changing that today in Android's Google Play store, giving its hand-selected "Top Developers" (indicated with a blue badge) the ability to "gather additional information, provide guidance, and — perhaps most importantly — let users know when their feature requests have been implemented" with public replies in response to reviews that have been posted on their apps' product pages. Google says that the system will be offered to a wider group of developers "in the future." 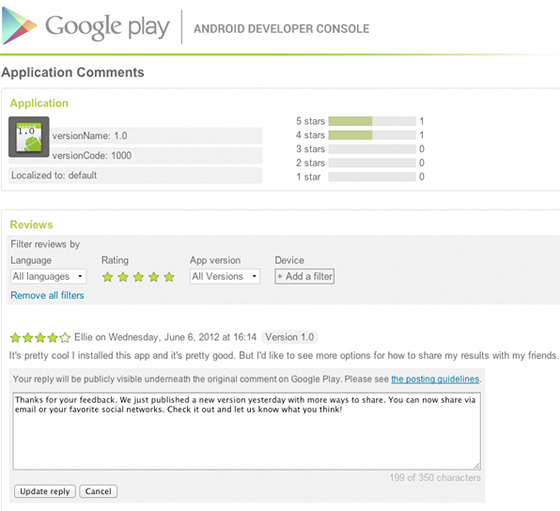