Tumblr lead designer Peter Vidani: 'Are we the things we share?'

Tumblr lead designer Peter Vidani: 'Are we the things we share?'

Peter Vidani is lead designer at Tumblr, which means he has his hands on everything from the dashboard icons to overall design aesthetic of the site. Vidani took a few minutes to talk to The Verge about how we create identities online, why GIFs are so great, where BMW is failing at design. You can find Vidani on Tumblr here, where his blog's favicon has a moustache.

Image Directly from Tumblr, believe it or not

Peter Vidani is lead designer at Tumblr, which means he has his hands on everything from the dashboard icons to overall design aesthetic of the site. He's also a very active user, as you might expect, with a deep understanding of what makes viral content on the web so contagious. Vidani took a few minutes to talk to The Verge about how we create identities online, why GIFs are so great, and where BMW is failing at design. You can find Vidani on Tumblr here, where his blog's favicon has a moustache.

Where are you? What have you done so far today?

I'm sitting at my desk in Tumblr's office. I just got here. For some reason the C picked me up at the F stop that I take every morning. I got off to transfer at West 4th and asked the conductor if she was going to 23rd. She said she was, but the doors closed before I could get on. I got a coffee and a glass of seltzer from the kitchen, and I'm now wrapping up the first question of your interview.

So, why do Tumblr users like GIFs so much?

Tumblr and GIFs go great together. Because they highlight the absolute best moments, and thank God someone thought to make them repeat.

"Are we the things we share? That's a big question. In real life, that could hold up."

Tumblr is quickly becoming not just a blogging platform, but a place where people build home pages. Is the future of "home pages" a chronological update of what you're doing? Or, more precisely, are you the sum of everything you share?

That seems to be what it is right now — identifying yourself by the things you share. It's hard to say if that's the future of home pages, because who knows how long pages will be around. But are we the things we share? That's a big question. In real life, that could hold up. These are the clothes I'm wearing, these are the things I want to talk about, here's what I've done lately. It might be more chaotic than a chronological timeline on a page, but it's not far from what we're trying to do here. I don't think anyone can create a new de facto way to represent identity, but we can get closer and closer to how we're getting along in real life.

Could you imagine any other post types being added besides Text, Photo, Quote, Link, Chat? Are those the only kinds of information people exchange on the web?

A blank page is intimidating, and if that's what I was given, my blog would probably be me trying to write terribly, or more likely, it would be blank. The post types on Tumblr are suggestive, like someone asking, "How about a funny thing your friend said?" What about a photo you took? And in the dashboard and on your blog, it lets us offer nice, consistent formatting for each one. But more than anything I think they work because they're suggestive.

Tumblr offers tons of themes and options for users to take advantage of, but it seems like many of Tumblr's most dedicated users just browse via the Dashboard, which drops customized designs in favor of a feed-like experience. Has the Dashboard driven a drop in theme usage?

I don't think one really affects the other. No, we haven't seen a drop in theme usage. Speaking as a dedicated user, I still appreciate a good theme. They're pretty good at revealing the type of person you are. Minimalist, colorful, giant photos, lots of little posts in a grid. It's a first impression.

"I still appreciate a good theme. They're pretty good at revealing the type of person you are."

And for yourself, it's a beautiful archive of your posts. I always browse the first few pages of a blog before I hit "Follow."

Tumblr's "reblog" seems to be making its rounds (in various shapes, names, and forms) around the internet in just about every social network. What does "reblog" mean to you, and is it at all harmful to creativity? Should it be used in moderation?

Not at all. Use it anyway you like. Who's to say? I'm glad other networks have picked it up, and so should creators. Reblogging is part of the underlying fabric of using Tumblr. It's a way for a creator's work to reach people they never would have otherwise reached.

I read an interview with you from last year where you spoke about the problem-solving process at Tumblr. What things have you fixed lately?

One of the things I'm most excited about is our new iPad view. It was an opportunity for us to start fresh with the hierarchy and the aesthetic of some pieces. We did a lot of stuff that we should carry back to the site. When you work in those sort of restrictions you get clever. We overhauled our themes page, too. Now you can find themes by categories, and the designers have a lot more control over their pages on Tumblr. They can upload big images and add any amount of rich-formatted text. Fast-reblogging is a small feature, but I love when I have a chance to use it. There's a lot of big things being released over the summer, which I'm very excited to have worked on. 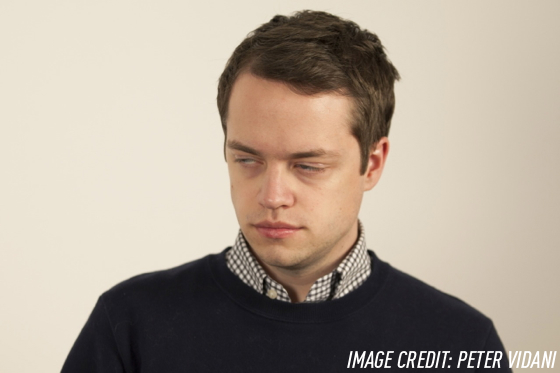 Which single-serving Tumblr blogs are your favorite to follow?

The better ones leave as fast as they come. So this answer might date the interview, but right now I like Screenshots of Despair a lot. Can I list some of my favorite multi-serving blogs too? Sexpigeon, Officials Say, IWDRM, Subtilitas, lulinternet, and anyone I follow that I know in real life.

"The interface in a brand new BMW today was thought up and developed in the same world as the iPad. What's going on?"

Where visually is Tumblr headed? Seems like it's been within the same design paradigm for a while.

Broadly, we want to have a universal experience on every device. We're still in a stage where one is influencing the other, and it's great. But eventually we should have the perfect hierarchy, which is something we can use everywhere. Stylistically, I think it's okay for us to look a little different on each device. For example, with Android and iPhone we should blend and reuse the cues in other apps and the rest of the OS.

What past technologies have inspired your work the most?

Sci-fi movies, cars, magazines, fashion. Things that exist today that we take for granted, that were only budding in hobbyist circles before. Working on web interfaces and apps feels like a weird thing and sometimes it's hard to say who's doing it right because it's so new. But so was storytelling with film, and designing the gas pedal.

What technology in the market today is most exciting to you? Where will it be in three years?

Cars, and unfortunately I don't think they'll be much different in three years. In 30 years I hope they're unrecognizable to us now, and bobbing up and down off the ground at a red light, held up by nothing but a bluish-purple glow. I'm more interested in the inside, and there's no reason that can't get better in three years. You know, the interface in a brand new BMW today was thought up and developed in the same world as the iPad. What's going on? We're so good at the outside, and the engine, and the ride quality, but the interface on the little screen inside looks like it time traveled from 1999. I think the interface designer needs to be in the same room as the rest of the designers.

When you start a product from scratch, how do you organize your thoughts and prioritize your goals?

The very first thing is talking to someone about it, and to immediately start drawing it on paper. It's important for me to get it on paper first. One, it's a fast way to get all the bad ideas out; two, I'm away from the distraction of a computer; and three, by the time I'm doing the labor in Photoshop, I'm not as worried about what the end product will look like. I also rely a lot on showing the work to other people. We're all in chat rooms, so it's easy to show a few people at once. Then, I try my best to iterate.

What's the best book you've read lately? How has it impacted you?

Dune. Other sci-fi is boring now.

What apps (on desktop and mobile) are most important to your day-to-day workflow?

Not one person enjoyed reading that.