The next major upgrade to Android will be version 4.1 Jelly Bean, it has been announced at Google I/O today.

The next major upgrade to Android will be version 4.1 Jelly Bean, it has been announced at Google I/O today. Project Butter is the major new innovation in Android 4.1, focused on making the entire UI "fast, fluid and smooth." That includes triple buffering in the graphics pipeline, to ensure consistent frame rates with interface animations. Google's I/O demo showed two Galaxy Nexus devices side by side, one running Ice Cream Sandwich and the other on Jelly Bean, with the latter offering a significantly higher frame rate when navigating the Android UI.

Google Now is a big addition from the Android team, introducing a sort of self-aware quality to Android phones — automatically updating you on your favorite sports teams in real time, learning your commute route and checking traffic, and also providing public transit information when it senses you're close to a transport station. It seems to be a sort of personal assistant functionality, mixing in local location data for things like restaurants and trying to proactively anticipate the things that you'll want to search for before you.

Another significant new feature being introduced with Jelly Bean is Offline Voice Typing, no longer requiring a web connection to accept voice input. It's launching with US English first and will add other languages "soon." More linguistic news from Google: Arabic and Hebrew support has been improved, while 18 new languages are being added, including Persian.

Voice search has been much improved in Jelly Bean as well, with a very natural voice responding to your queries, with answers being returned "much faster." The onstage demo included the very challenging voice search query of "Show me pictures of pygmy marmosets," which the software returned perfect results for.

A small, but appreciable, improvement in homescreen management is the ability to move widgets around even with busy homescreens. Now, when you want to slide your widget around, icons will rearrange themselves automatically, or the widget itself will resize if you move it to a new homescreen.

The notifications tray is seeing a pretty major overhaul, too, with expanded Gmail notifications that include a richer preview of unread messages, while also giving you access to more options without needing to open the relevant app. You can +1 or share photos from Google+ without entering the application, just from the notifications tray. As Google describes it, Jelly Bean notifications are "actionable, they expand and collapse, and they're customizable."

Other additions include improvements to the camera and gallery applications, plus the introduction of app encryption — from Jelly Bean onwards, paid apps will be delivered with a device-specific key. Smart app updates will also be part of Android 4.1, so that you don't have to re-download the entire application for an incremental update. 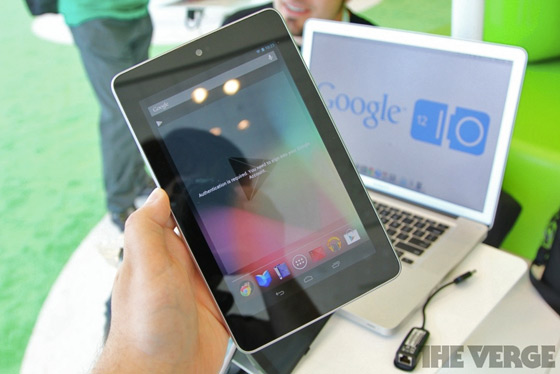 Android 4.1 Jelly Bean will be distributed as an over-the-air update from mid-July to the Galaxy Nexus, the Motorola Xoom, and the Nexus S. Oh, and the first new device to run Jelly Bean? Why, it's the Nexus 7 tablet, of course. As a final surprise, Google announced that the Nexus 7 will be the first device to ship with Chrome as the default web browser.

Android 4.1 Jelly Bean: everything you need to know