The JuiceBuddy plugs straight into the wall, offering a standard Apple dock connector and a USB 2.0 port

We're not sure how this slipped by us last week, but it looks like iPhone users have just been given a new way to charge their devices — and it's supposedly smaller than anything else on the market. Released earlier this month, the JuiceBuddy is a keychain-friendly polycarbonate charger that cuts out the middle man, plugging directly into the wall and offering a standard Apple dock connector.

The idea is that the user balances his iOS device on the socket with the connector facing down, as demonstrated in the press shot below. While this might work fine for iPhones and iPod touches, we wouldn't recommend risking all 1.6lb of your first-gen 3G iPad on top of this thing. Still, the JuiceBuddy has you covered with a standard USB 2.0 port for trickier situations. At an introductory price of $24.95, it's undercutting Apple's own simple USB adapter, but will ultimately retail for $30. 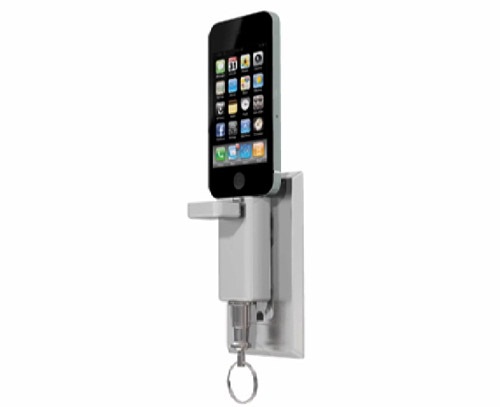