As if it wasn't clear enough already, we've just received more evidence that the Nexus 7 is real. The above image of an Asus-branded Nexus 7 tablet is live on the Google Play store right now.

As if it wasn't clear enough already, we've just received more evidence that the Nexus 7 is real. The above image of an Asus-branded Nexus 7 tablet is live on the Google Play store right now. A tipster let us know that if you change the URL of this Galaxy Nexus banner on Google Play, it reveals an Asus-branded Nexus 7 tablet, running what we expect will be introduced as Jelly Bean later today. At first glance, this looks like it could be an expanded version of the Ice Cream Sandwich phone layout, as we haven't seen this dock layout surface on an Android tablet yet. The dock looks identical to the Android 4.0 smartphone layout, although there's room for six apps instead of four. Hopefully this picture can whet your appetite for another half-hour or so — we'll certainly hear more about this new tablet soon, and will post all the news live from Google I/O in our liveblog.

Update: The leaks are coming fast and furious — Google's Nexus Q A / V streamer has just been unveiled, and a short video that came along with it showed a white Nexus 7 device. While it might just be white for the style of the video, it wouldn't surprise us to see the Nexus 7 come in two colors today.

Update 2: Modaco.com just pulled up what looks to be the final Nexus 7 specs — as expected, the device will come in 8GB and 16GB variants, with a 1280 x 800 IPS display. It'll also have a 1.2-megapixel, front-facing camera, 1GB of RAM, and a 4,325mAh battery. Unfortunately, the price didn't leak, but we're betting the earlier $199 / $249 rumors hold true here. It's running a Tegra 3 processor, as rumored — and, of course, it'll have Jelly Bean Android 4.1. Unfortunately, it looks like the Nexus 7 will be US-only, at least at launch.

Google's also taken the wraps off a $19.99 cover for the Nexus 7 — it's not the most exciting thing we've ever seen, but should help protect Google's new tablet.

Update 3: The Nexus 7 page on Google Play is now live — we can confirm that the 8GB Nexus 7 will be priced at $199, while the 16GB model will cost $249. Both models should be shipping within two to three weeks.

Update 4: Google's trying to plug the dam — both the Nexus 7 page and the video are no longer active. We imagine they'll be back up before long, so stay tuned. 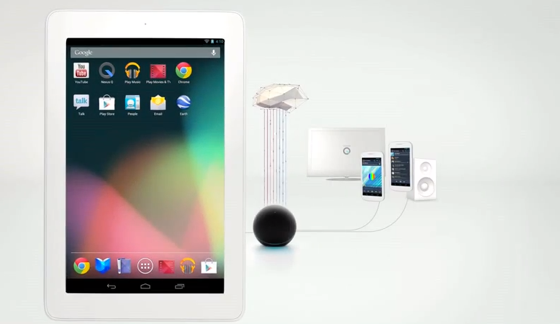