Out of many, one: how Qualcomm is trying to unite the mobile industry

Out of many, one: how Qualcomm is trying to unite the mobile industry

At Qualcomm's Uplinq conference, the company sold developers on its plan for fixing mobile fragmentation and segmentation.

Rob Chandok told a room of developers and press an all-too-familiar story. The Qualcomm SVP was at Computex in Taiwan a few weeks ago, and recalled seeing a handful of TV manufacturers announce new products with the same flagship feature: the ability to send a photo wirelessly from your phone to your TV. It's a nice feature, but there was a catch, said Chandok: each manufacturer executed the feature differently. "Manufacturer A has their Android app, Manufacturer B has theirs, Manufacturer C has theirs. If I have three TVs, I need three different apps, three different experiences, all to do essentially the same thing."

This is the landscape in 2012. More companies are creating more products in more categories, but each ecosystem is increasingly cordoned off from the others. Samsung's TVs work only with Samsung tablets (or at least only Samsung apps); Android apps have to be entirely re-made and re-thought to come to Windows. For consumers, the only options are to buy completely into a single company's ecosystem, or deal with a number of disparate products that can technically talk to each other, but turn their backs on one another due to corporate loyalties. The "internet of things" has become a tower of Babel.

The internet of things requires a common language

At its annual Uplinq developer conference in San Diego, Qualcomm laid out a plan to solve this problem, and it turns out we've had this problem before. As the internet was coming into vogue, it was HTTP and HTML that turned it into the worldwide web. "HTTP and HTML made it so that websites could build differentiation, but I could use the same browser to get around to all of them," Chandok told me. "It made the ecosystem better."

"Then people started to have mashups, and combinations of different websites. And that's what could happen in the internet of things, if devices could talk to each other."

So how do you make devices talk to each other? Instead of offering an Android experience or a Windows experience, Qualcomm's goal is to offer developers and customers a Qualcomm experience that works across all (or at least most) platforms, manufacturers, and devices. 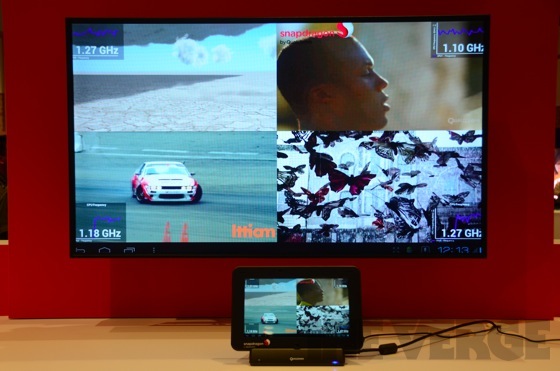 Take AllJoyn, a Qualcomm-created system for connecting to devices near you via ad-hoc Wi-Fi. It's not an app or a product, but a cross-platform development framework — anyone with a Qualcomm-based device can make use of AllJoyn, no matter the OS or device category. AllJoyn sits underneath Windows Phone or Android, allowing developers to build on top of it without having to hack their own proprietary solution. If AllJoyn becomes the predominant connectivity solution for developers, it means any Qualcomm device can talk to any other, regardless of the platform or manufacturer. (Actually, AllJoyn is open-source, so anyone can implement it, but it's designed to be even easier with a Qualcomm-powered device.) My Lumia 900 could communicate with your HTC One X, and my Samsung TV could talk to your Sony phone.

The company is perhaps better-suited than any other to tackle this fragmentation and segmentation: its Snapdragon technology powers more mobile devices than any other company, across a number of platforms. All Windows Phone devices are equipped with Qualcomm processors, as are many high-end Android phones. The company will have WinRT devices available at the operating system's launch this fall, and is working to put a Snapdragon chip into every device you can think of, from your TV to your car. Of course, competition is fierce: Nvidia is increasingly popular and is attempting to do many of the same things as Qualcomm, and TI, Samsung, and others power plenty of devices. But Qualcomm remains the dominant player, and as the company expands into other devices and markets that may only grow.

"We build platforms so that our customers can differentiate... without having to do the same thing over and over again."

Qualcomm doesn't just build chips, Chandok said, but platforms. And it doesn't build paint-by-numbers platforms that keep companies from doing their own interesting work, but rather creates an underlying universal base that lets companies focus only on the parts they do best. "We build platforms so that our customers can differentiate where they want to differentiate without having to do the same thing over and over again." Samsung and Sony don't both need to build a protocol for connecting to your TV, they need only add functionality on top of that protocol. And if a third-party developer creates a one-size-fits-all remote that controls all the TVs in your home, that's just fine with Qualcomm too.

Native apps may be what's common now, but the company also spent time at Uplinq pitching developers on reconsidering HTML 5 as a platform. It's a far more powerful and extensible platform than most developers realize, Chandok told me, and Qualcomm has worked with manufacturers and developers alike to make hardware and browsers that better support the language. "The attraction for me of HTML 5," said Chandok, "is that the abstraction is at a high enough level that we can actually get developers to stop worrying about the low-level details and actually implement the cool stuff you're trying to write."

Qualcomm announced a partnership with Akamai this week, designed to promote the web as a platform and to improve the mobile web experience. CEO Paul Jacobs echoed Chandok's sentiments, telling the crowd during his opening keynote that "eventually, there's not going to be much distinction between native apps and web apps."

Of course, Qualcomm's not the first to promote these create-once, run-anywhere applications. Mozilla has been promoting "the web as the platform" for a long time. Unity is a gaming platform that enables a single game to be run on a variety of platforms. PhoneGap — an HTML 5 development tool — does something similar. Chandok and Qualcomm CEO Paul Jacobs seemed happy to promote other companies and protocols, all in service of uniting the mobile experience. But they're also quick to point out how much Qualcomm can do, both at a hardware and software level, to add a new level of performance and features exclusively to Qualcomm-powered devices. The company released a Snapdragon SDK that gives developers new features and tools for creating Android apps, and those differentiating tools should only grow over time. 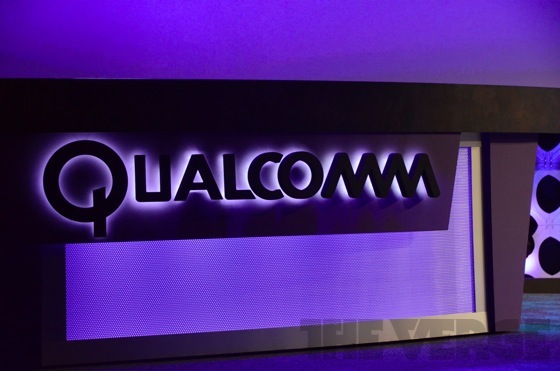 Unification may be exactly what the mobile industry needs — or at least more common ground. Windows Phone faces a continual uphill battle trying to convince developers to bring their apps to the platform, and its new ties with Windows 8 and WinRT could breathe new life into its Marketplace. Android has a much larger selection of apps, but is missing a lot of important, revenue-driving apps. Apple's developers are forced to buy into a separate, closed ecosystem. More than ever, developers are forced to read palms and tea leaves trying to figure out which platform is worth the investment.

Based on the excitement of the crowd here at Uplinq, one of those tea leaves has "Qualcomm" written all over it.