Nyko has unveiled a pair of PlayPad Android gaming controllers to be launched this fall.

Gaming accessory stalwart Nyko has announced a pair of Android controllers that promise to bring "console-quality gaming experiences" to tablets and smartphones running Google's mobile operating system. PlayPad Pro (featuring a traditional full-sized controller layout) and the PlayPad mini controller were developed in conjunction with Nvidia, a move intended to maximize support in games optimized for Tegra chipsets. Does that mean you'll only be able to use the peripherals with Nvidia-powered hardware? Not by any stretch. Nyko says it plans to release an app dubbed "Playground" that will let gamers assign controller functions to legacy titles that normally depend on input from a touchscreen or virtual keyboard. 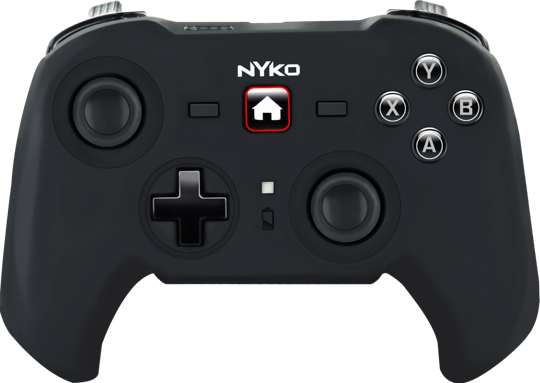 Each model features your typical array of dual analog sticks, face buttons, a d-pad, and shoulder buttons. Thankfully no rooting is required to get started with either controller or the Playground app, according to Nyko, as both are said to be compatible with Bluetooth-enabled devices running Android 3.0 and above. Both are slated for launch this fall (with PlayPad set to be available in numerous colors) though Nyko hasn't yet disclosed pricing details.