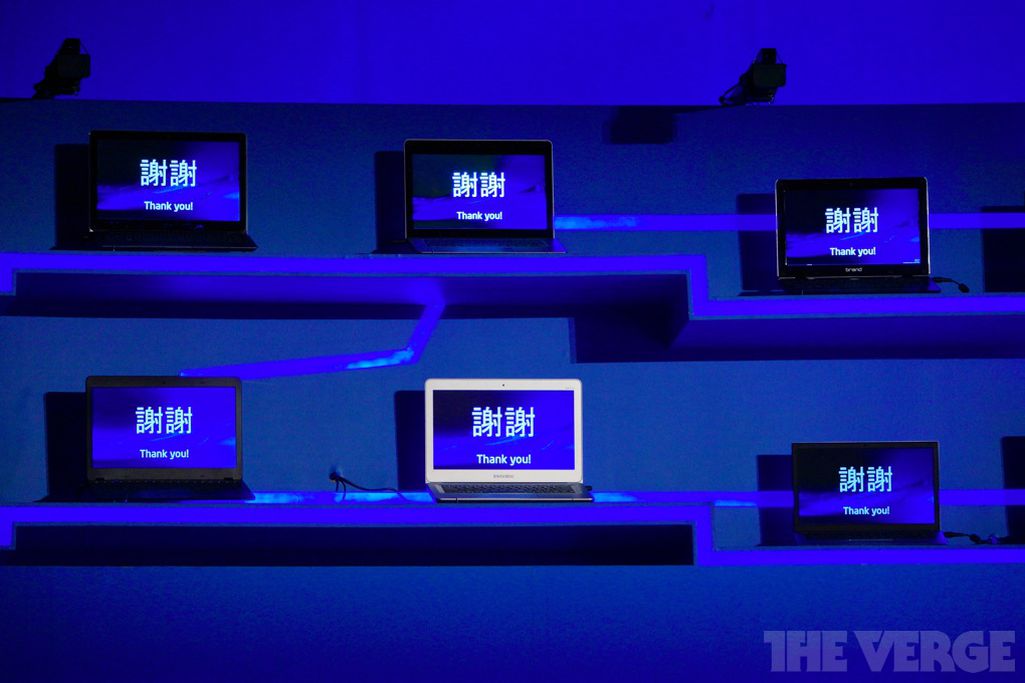 While day one of Computex saw us buried under an avalanche of shapeshifting Windows 8 devices, day two was more grounded in the here and now. Intel was predictably keen to let us know that it sees the ultrabook as the future of traditional computing, showing off a huge number of models of which many are using its new third-generation Ivy Bridge processor design.

If you're wondering what on earth could set these machines apart from one another, we don't blame you — more than a few ultrabooks until now have followed Apple's MacBook Air blueprints a little too closely. Today, however, we saw quite a few new machines with standout features, and we'd like to highlight a few here for you. It wasn't quite a comprehensive lineup, as some of the most unusual concepts (like the MSI Slider S20) didn't make it onto the stage at Intel's event, but it's as clear a look as we'll get at the company's vision for the ultrabook.

Sticky TOC engaged! Do not remove this!
NEC LaVie Z

It's a fairly unassuming device, but at 2.2 pounds NEC's LaVie Z has to be the lightest 13-inch ultrabook we're yet to lay our hands on — and it's all thanks to the lithium-magnesium build.

The carbon build of Lenovo's new X1 gives it a feel that's both lightweight and premium, but longtime ThinkPad enthusiasts will likely be most enamored with the eraserhead-style mouse pointing device.

Asus's Jonney Shih has a dream — parents hard at work with productivity software, while their kids watch a cartoon on the back of the same screen. The double-display Taichi appears to be the device to make that dream a reality. 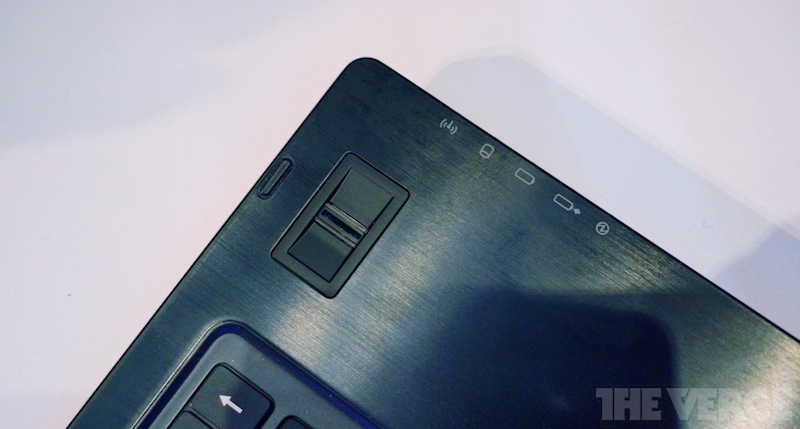 It's not quite as advanced as the company's palm scanner we're expecting next year, but Fujitsu's Ivy Bridge ultrabook nevertheless stands apart from the pack with its biometric fingerprint sensor.

We wouldn't have known that Dell's new Inspiron 14z was an ultrabook had we not first laid eyes on it at an Intel event promoting the class — it could kindly be described as a little oversized, and there's even a DVD drive on the side.

Acer's Aspire S7 was the first touchscreen clamshell laptop we saw at Computex, but it's notable for other reasons — the glass lid looks great, and the compact form factor shows that ultrabooks won't need to compromise on thickness to include touch functionality. 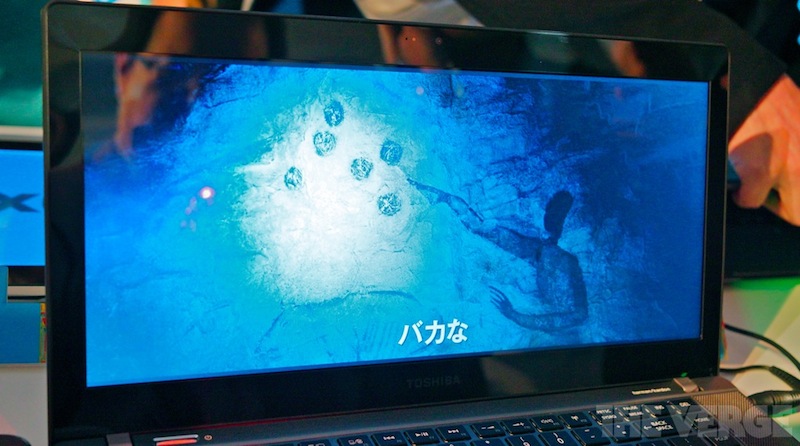 Toshiba's Satellite U845W is the first ultrabook to feature a 21:9 ratio display designed for watching movies without letterboxing. It's 14 inches diagonal and has a 1792 x 768 resolution.

Asus's Transformer Book does what it says on the tin — it's an ultrabook with a detachable screen that works as a Windows 8 tablet, similar to its Transformer Android devices.

HP's Envy 15 raised a few eyebrows, with a design so similar to the MacBook Pro that many wondered if that was where the name came from. The latest Envy 4 won't have any such problems, though, as its black and red design is both original and attractive in its own right.

Samsung's Ultra Convertible prototype has shades of the Lenovo IdeaPad Yoga — the 13-inch screen can fold back 360 degrees against the keyboard base for use in tablet orientation.

Yesterday we saw a variety of ideas for how best to use Windows 8, but little to suggest a confident direction from anyone. However, while today's lineup of ultrabooks wasn't short on variety, we didn't come away confused by what's on offer. The features you see above, with a couple of exceptions, won't really change the way you use the devices — instead, what we have here is a bevy of tweaks on the ultrabook spec that should provide something for everybody. Want a fingerprint scanner or an ultra-wide display? You'll be covered, but it shouldn't take away from your actual experience. With Intel, consumer choice seems to be alive and well, just so long as you don't need an ultrabook with an AMD processor. 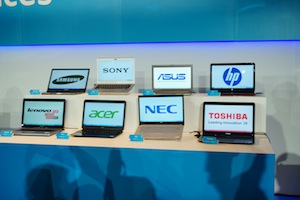