A new filing at the FCC shows an IP set-top box complete with a Google Fiber label.

A new FCC filing has revealed an IP set-top box complete with a Google Fiber label. Called the GFHD100, the box was manufactured by Korean firm Humax — not Google subsidiary Motorola Mobility — and comes equipped with Wi-Fi, HDMI input and output, a USB port, an infrared sensor, and an ethernet port. Earlier this year Google announced plans to provide video programming over its Google Fiber broadband network, and in March it received approval to launch a service in both Kansas Citys — in Missouri and Kansas. However, we still don't know what exactly Google has planned for the service, but the existence of the set-top box means that we may be hearing about it soon. 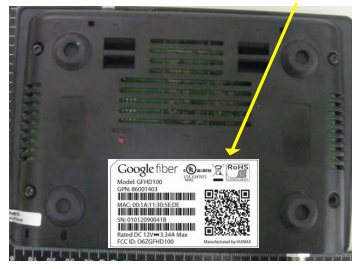 More from this stream Google Fiber: everything you need to know