Video game 'auteurs' have returned, but you might not find them at E3

Video game 'auteurs' have returned, but you might not find them at E3

Amidst the diminishing returns of a longer-than-average console cycle, "progress" seems to have had less to do with the big promises of giant companies and increasingly more to do with individual creators.

During the "golden age" of video games, people like David Crane, Jordan Mechner, and Richard Garriott were recognized as some of the most important pioneers in the industry. But as that industry expanded and games became more complex and expensive to develop, the prominence of individual creators dwindled, replaced by a sprawling studio system comprised of enormous teams of artists, engineers, and designers. Listening to corporate executives and other talking heads this week at E3, one might begin to wonder: where is the new generation of video game creators, if not sharing the spotlight at the biggest industry event of the year?

It's with this in mind that I looked through the various press emails filling my inbox this week. In each one, companies seem to imply more or less the same thing: that E3's reveals represent the definitive pulse of progress and innovation in the video gaming world, and that the millions-selling software which it premieres are the examples to which all fledgling developers aspire. This year, it feels like they have never been more wrong. 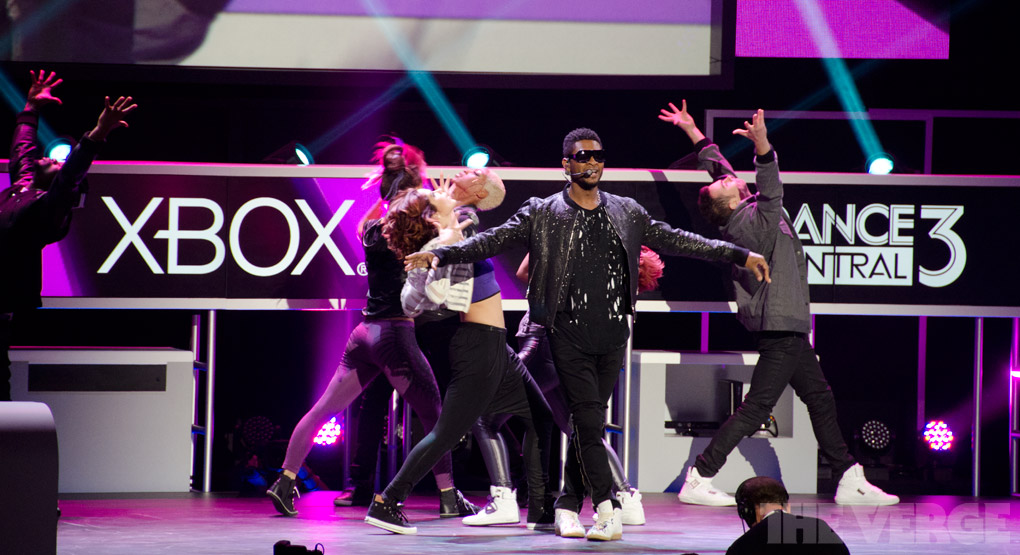 With every cue for applause over some marginally different, hyperviolent war shooter, every celebrity endorsement, every patronizing swag giveaway, E3's press conferences seem to unflinchingly embrace the video game industry's current state of creative stagnation. But what they don’t show us is that the culture of game development has changed, and more than ever before, it's people from outside the studio system who are emerging to fill the void left by its exhausted machinery.

Video games have evolved dramatically over the past five years, but it should be no surprise that the barrage of product announcements and marketing spin coming out of E3's keynotes still only provides a cursory glance at the medium's most superficial layer. This time around, amidst the diminishing returns of a longer-than-average console cycle, "progress" seems to have had less to do with the big promises of giant companies and increasingly more to do with individual creators.

In under a year we've seen Notch, a hobbyist game developer, turn his pet project, a charmingly low-poly world-building game, into a multi-million dollar hit practically overnight. We've seen industry veterans like Tim Schafer and Brian Fargo abandon ship to join countless amateurs in pitching their ideas online, sourcing fans to get the funding they need for "risky" ventures the mainstream industry won't allow. More recently, four prominent developers had their stories showcased in a Sundance award-winning film, Indie Game: The Movie. And through it all we've also seen the rise of tools, software, and platforms that make games easier to create and distribute than ever before.

Obviously, that is not to say that the mainstream gaming industry stands on the brink of annihilation — far from it. After all, the rise of YouTube and the availability of affordable digital camcorders, while certainly shaking things up, didn’t exactly topple Hollywood last decade. But looking out at the growing culture of independent developers making quality games for a microscopic fraction of the cost of their AAA counterparts — and oftentimes profiting in doing so — it becomes clearer that the studio system's reign as the sole gatekeeper of the video gaming world has come to an end.

It also becomes ever more jarring (albeit unsurprising) that the products of this shift are still overshadowed to the point of non-existence at events like E3 — at least to those watching from home. One reason for this is that a secondary purpose of these events is to reinforce a subtle, overarching rhetoric: that the publisher-developer model is still the only viable entry point for game developers, and that the creatively bankrupt industry’s corporate culture should continue to be celebrated.

In one example of the latter, John Walker of Rock Paper Shotgun aptly notes the theme of console-exclusive DLC announced prior to a game's launch at this year's expo — a worrisome trend where companies seem to suggest that consumers should not only accept the fact that game content is being purposely withheld and sold to them at a later date, but that they should be excited about it.

Today, these kinds of assertions stand on increasingly shaky ground. Yet the underlying mythology is one that much of the hardcore gaming public — a fiercely dedicated subculture of consumers, if ever there was one — has long since internalized. It has been been validated by a mix of nostalgia, outdated concepts of brand loyalty, and the fact that for a long time, a good deal of gaming culture derived from corporations, not individuals or small teams.

After the video game crash of the early 1980s, the studio system was the obvious choice to tackle the seemingly monumental task of game development in a way that was economically feasible. Over time we began seeing more large teams of artists, writers, designers, and engineers laid out in pyramid formation beneath a central publisher, who ultimately dictates and editorializes a game's content to ensure salability. As rapidly improving hardware paved the way for more complex and visually impressive titles, games quickly became high-stakes investments, reliant on the studio system in order to ensure success and remain on the cutting edge.

Conversely, when we think about any other medium, almost all of the most seminal works share one thing in common: they are made by identifiable authors. Game designer Anna Anthropy explains the recent rise of independent game development through this desire for unique voices. She points out that authors offer us a cohesive vision, a sense of their own personalities and interests, and thus a more effective means of communicating ideas. "When an individual or pair is solely responsible for a work you can watch an individual style develop: you can trace themes, both mechanical and otherwise, across a creator's work," she writes. "And being able to identify the individual style, and growth, of individual authors leads to better criticism and a critical understanding of games." 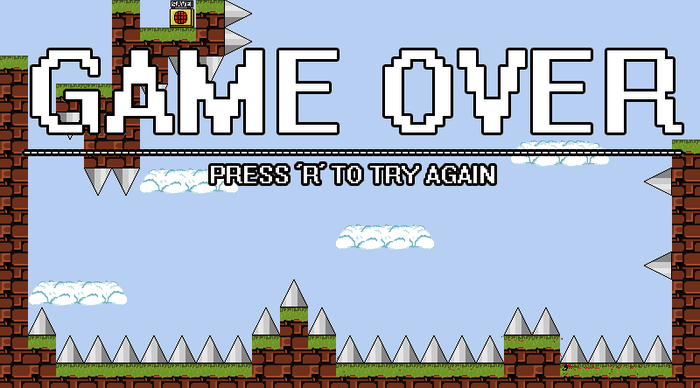 Michael "Kayin" O'Reilly's I Wanna Be The Guy is an undeniably derivative parody of classic platformers like Capcom's Mega Man 2. But through its subversive use of familiar tropes, the game reveals far more about its author than any of the games it references. At one point early in the game, apples fall from a series of trees, killing the player if he or she rushes through without maneuvering to avoid them. Shortly after, the player jumps over a gap and another apple from underneath flies inexplicably upward, killing the player. After being stirred from their false sense of security, the player quickly gains an understanding of Kayin's sadistic sense of humor. Playing the game becomes like engaging in a dialogue with the creator, and as we squirm, we get a sense of Kayin as a fun-loving (if somewhat abrasive) practical jokester.

Copenhagen-based game designer Douglas Wilson is another example of what Anthropy describes. His two most popular games, B.U.T.T.O.N and Johann Sebastian Joust are both highly physical games; open-ended digital rules sets defined only by the child-like whimsy of chaotic playground antics. In B.U.T.T.O.N, players gathered around a group of game controllers must adapt to shifting victory conditions as they are abruptly dictated by instructions on a video screen. For Joust, which was playable this year at IndieCade's E3 booth, the screen is removed from the equation altogether, leaving nothing between the players as they desperately attempt to jostle each other’s motion controllers. After playing either game for just a few minutes, it becomes clear that Doug and his small team at Danish game collective Die Gute Fabrik are outdoorsy folks who value the spontaneity and improvisation which physical space allows.

Mainstream games have had plenty of identifiable authors in the past, and today there are still a few exceptions, like No More Heroes mastermind Suda51 and Katamari Damacy creator Keita Takahashi. An even fewer number of larger studios — like Gabe Newell's Valve and Quantic Dream, the studio behind Heavy Rain and now Beyond: Two Souls — also manage to maintain an authorial voice. But in most cases, it's often difficult in games to discern the unique characteristics of specific creators through the sprawling collaborative process which creates them. In this sense, the cold anonymity and disjointed construction of big budget titles produced by large studios may momentarily sate the masses, but they will always leave something to be desired.

At E3, we groan at the endless parade of violent and uninspired power fantasies, but in a way we are actually groaning at the absence of true authorship in the commercial games industry. When games fall into a handful of risk-reduced, market-optimized categories, we lament them not just as re-hashed ideas but as missed opportunities for human connections. Fortunately, these kinds of connections can still be found elsewhere; on the internet, at pop-up arcades, and in universities around the globe, regardless of whether or not most of the AAA's want to (or even can) come along for the ride.