Researchers have developed a new microscope capable of spotting planets that are orbiting stars outside of our solar system.

A new telescope imaging system has been developed that can detect planets orbiting around suns outside of our own solar system. Dubbed Project 1640, the telescope has been in the works for the past six years, and is a joint effort between the American Museum of Natural History, the California Institute of Technology, and NASA. Planets orbiting suns are typically hard to see because the stars give off so much light. "Imagine trying to see a firefly whirling around a searchlight more than a thousand miles away," explains Charles Beichman, from the California Institute of Technology.

Project 1640 gets around this problem by creating "dark holes" around the sun, making it possible to pick out planets. "Once we can actually see these exoplanets, we can determine the colors they emit, the chemical compositions of their atmospheres, and even the physical characteristics of their surfaces," says Ben R. Oppenheimer, a curator at the AMNH. Over the next three years the team plans to use the telescope to image hundreds of stars. 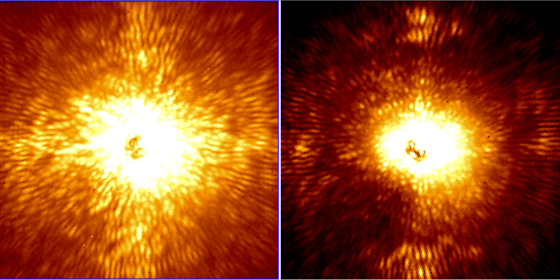