Xbox SmartGlass might still be some way off, but that doesn't mean you can't get in on some tablet-to-console action right now. Microsoft's free My Xbox Live app added Xbox Companion remote control functionality for the iPhone last month, and today that's been extended to the iPad — while the app's always worked on Apple's tablet, for some reason Xbox Companion support hadn't yet made it over. With today's update, though, you're able to launch games, play and control videos, and navigate the dashboard using your iPad as a giant Xbox controller.

Connecting the two devices is quick and simple once you've enabled it in the Xbox system settings and signed into your Live account, but we're not entirely convinced by the utility. Although the Metro-style interface does work well on the iPad initially, it doesn't go deep enough into the system — you're forced to use the less-than-ideal virtual D-pad and buttons to navigate and perform actions once you've selected your content. Still, it's a pretty slick way to browse content on your Xbox, and we like the way the app pops up information like achievement lists for the game you're playing at the time. Hopefully the same support will be extended to Android tablets sometime soon. 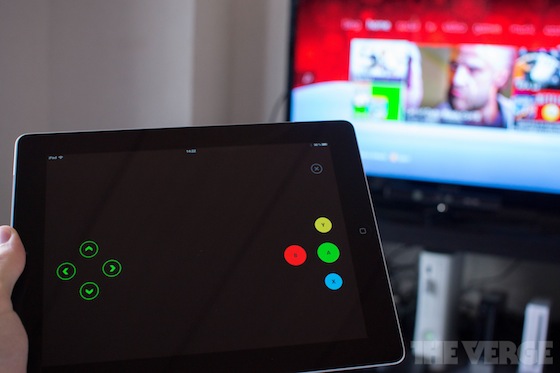