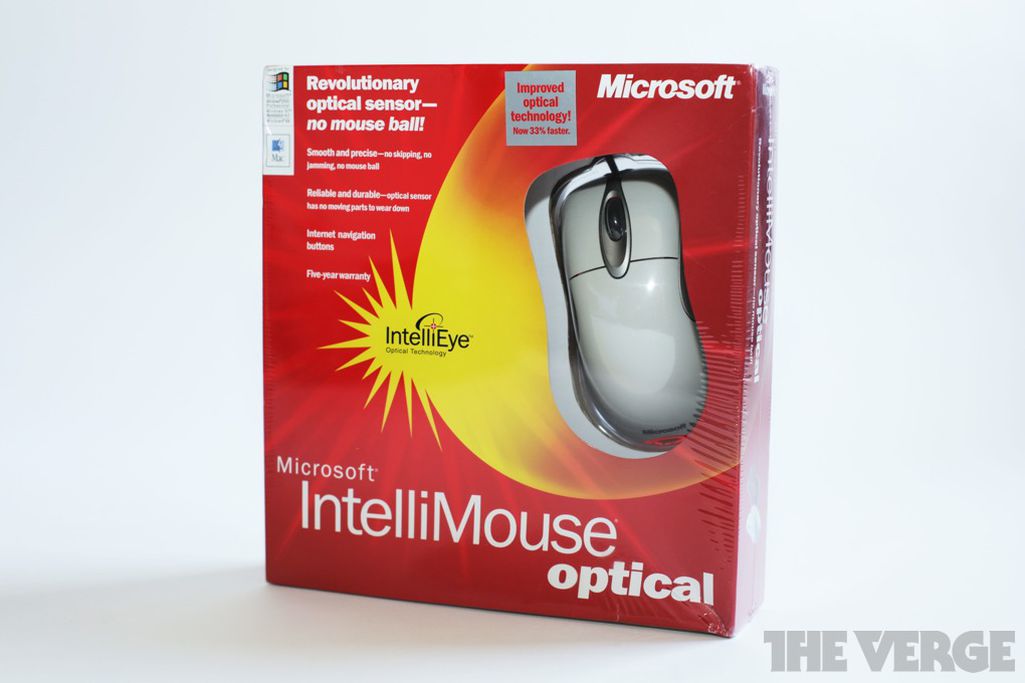 30 years ago, Microsoft Hardware was born. The Word team wanted a mouse, and so the new group built what's affectionately known as the "Green Eyed Monster," thanks to its dual distinctive green buttons and so-ugly-it's-adorable form. It had a stainless steel ball and gold contacts, and shipped for $200 in 1983 alongside brand new version of Word.

Turns out, those Word guys were on to something. It's hard to overestimate the importance the mouse has had on computing. It allowed for a shift from conceptual, text-based computing to tangible, graphics-based computing. Not only is the mouse vital to modern computers, but it's also remained relatively the same since its inception: you move, a cursor moves on screen; you click, something happens; you right click, something else happens.

Except for one major tweak: the scroll wheel.

In 1993, the Excel team at Microsoft asked for an easier way to scroll through long spreadsheets, and the concept of a scroll wheel was formed. Soon the Word team realized the potential, and eventually even the Windows team was convinced as well. So Microsoft Hardware got to work.

Of course, a lot had changed in a decade. Ergonomics became a thing, for instance — when Microsoft Hardware shipped its first keyboard in 1994, it was the "Natural Keyboard," in an ergonomic shape — so form-fitting curves were a big consideration. But most of all, Microsoft Hardware had a lot more internal partners to work with and support.

What became the Microsoft IntelliMouse shipped in 1996, with 20 or so Microsoft product groups either shipping software or building software to support it. It cost $100, and changed mice forever. 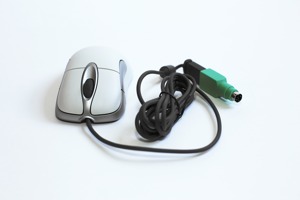 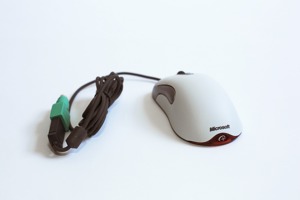 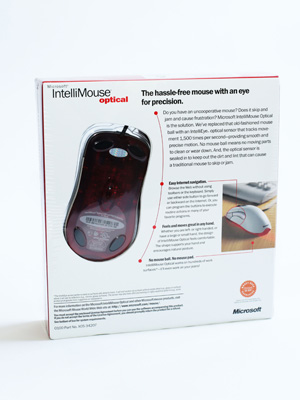 "The original Microsoft IntelliMouse is one of those ubiquitous products that's instantly recognized, and whose general design is still widely used decades after its launch," says Ben Reed, a Senior Manager on Microsoft's Hardware Team.

Microsoft shipped me a new-in-box IntelliMouse Optical, which followed the original IntelliMouse in 1999, and everyone I showed it to in the office lit up with recognition and affection: try that with any mouse built in the last decade and you'll have more trouble.

"I still have a bunch of them kicking around in my garage at home," says Ben. "I used to build computers, and it was the go-to mouse I'd use."

In many ways, operating systems and computers have changed drastically in the past couple decades, but the IntelliMouse design and ideas still reign supreme.

For instance, the mouse's 23 degree downward angle toward the buttons is a sort of standard, and a scroll wheel anywhere outside its place in between the right and left mouse buttons would feel wrong. Even the IntelliMouse's symmetrical design, which Microsoft and others departed from in the intervening years in favor of asymmetrical designs for ergonomics-mined right handers, has come back in vogue for recent Microsoft designs like the Arc Touch mouse and Microsoft Touch Mouse mouse. 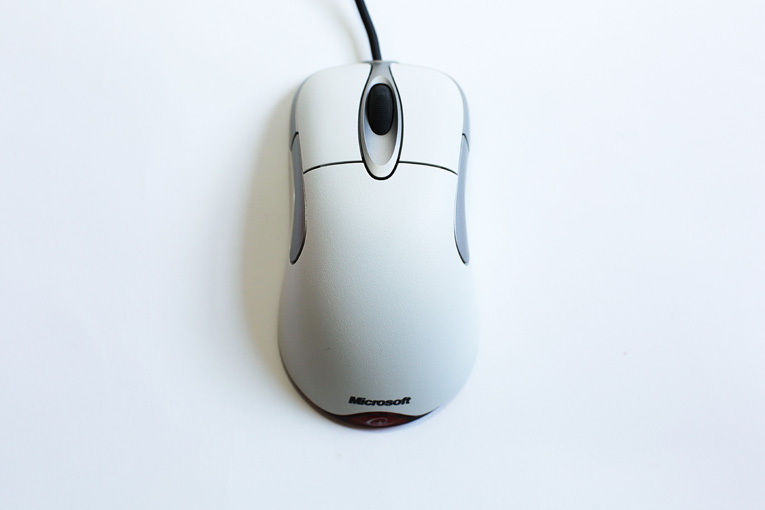 Of course, the Arc Touch and Touch Mouse mouse represent a coming shift in how we control our cursors. Someday soon a mouse that actually moves across a surface might seem archaic and limiting. But for now, we're still in the IntelliMouse era. I know for myself I'm attached to a specific scrollwheel feel — specifically, the notched rubber that the IntelliMouse set as a standard. For gaming, those notches are a requirement. You need the tactile steps to know which weapon you're switching to, or where you'll settle in a zoom, or to swap quickly from a game guide in your browser and your WoW session. In the same way, the touch-to-tap of these "modern" mice might seem simple, but it's useless for anything mission critical.

As demonstrated by Microsoft's recent Surface tablet announcement, 30 years later there's still some magic in collaborating directly between hardware and software — a need that becomes so much more pronounced when you're working with touchscreens and gestures. Currently Microsoft's Touch Mouse mouse is being geared up for Windows 8. Some scrolling features were implemented in the recent RTM build, and Ben promised multitouch gestures in time for general availability. Still, you can plug the IntelliMouse into almost any computer built in the last decade — even a Surface — and it'll just work. I hooked the IntelliMouse Optical into a Windows 8 tablet and it performed flawlessly. In fact, it worked better than ever, thanks to that momentum scrolling.

So the next time you blaze down a webpage with your scrollwheel of choice, or slide a single finger to zoom on Google Maps, or even pull to refresh on your Twitter feed, remember who you should thank: those squares in Redmond that built Excel.