NASA Space Shuttle Enterprise aboard the USS Intrepid in pictures

The Space Shuttle Enterprise is on the closing leg of its journey to its final resting place. For now, it's taking a pit stop of sorts atop the USS Intrepid aircraft carrier in New York City before being transported from this temporary home to a space more befitting of its grand size. Still, after watching NASA's first shuttle fly across the skies of New York aboard a 747 before being ferried up the river to her current home, we couldn't help but visit and get a close look of the spaceship for ourselves.

Enterprise is currently housed in what looks quite a bit like an inflatable indoor tennis court that's called the Space Shuttle Pavilion — right at the stern of the Intrepid Sea, Air, and Space Museum. The "tent" is all blue inside and rather bare, but that's not a problem as it puts all of the attention on the Space Shuttle.

If you're not familiar with the Enterprise, you should know that the ship has never entered space — despite it being the first Shuttle built by NASA. It was instead created for the sole purpose of in-atmosphere testing for future Shuttles like Columbia and Challenger after it. If the Enterprise looks too "clean" to you in the pictures below, that's because it never had to experience re-entry into Earth's atmosphere. Indeed, the Shuttle is covered with a replica heat shield and multiple components are marked as being "not flight hardware." Part of the heat shield on the left wing is from an actual flight, and each tile has an individual ID number — we were told that every tile is unique. Additionally, the leading edge of the wing has impact marks from testing that was performed to see if foam could rupture the hull, as occurred with the Space Shuttle Columbia in 2003.

Many of the photos below were taken on a Canon 5D Mark II paired with a 70-200mm or 16-35mm lens, while the rest were shot on a Nikon D7000 with a 18-200mm lens. The Space Shuttle Pavilion at the Intrepid Sea, Air, and Space Museum opens tomorrow, July 19th, at 2PM. Click here for a full gallery of photos.

Michael Shane contributed to this report. 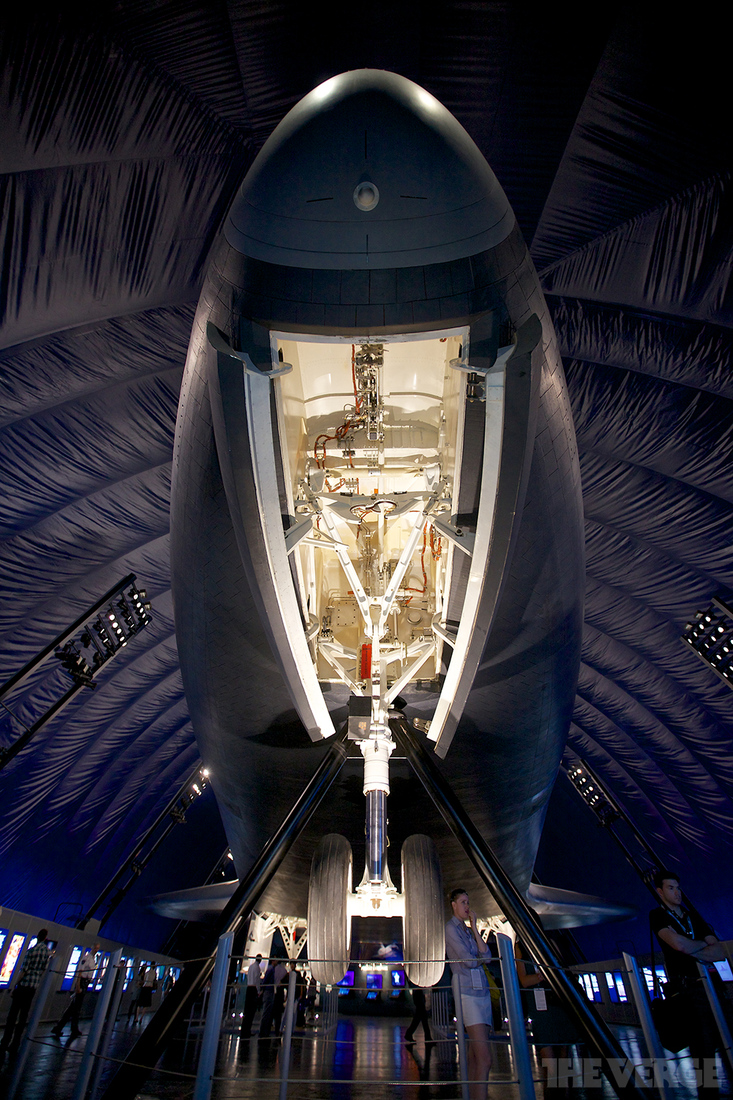 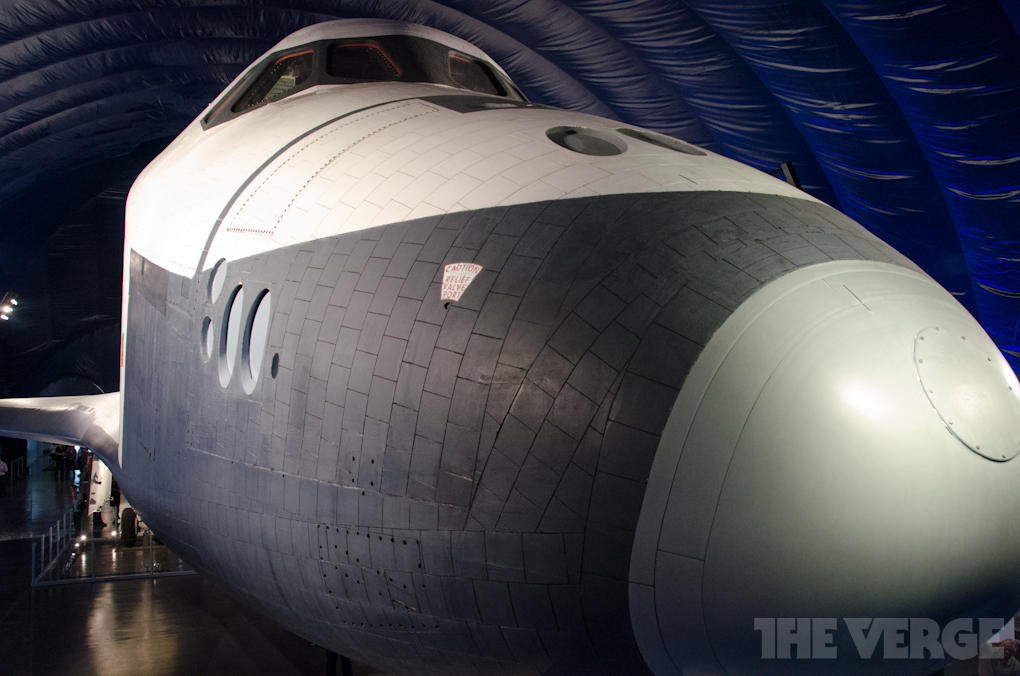 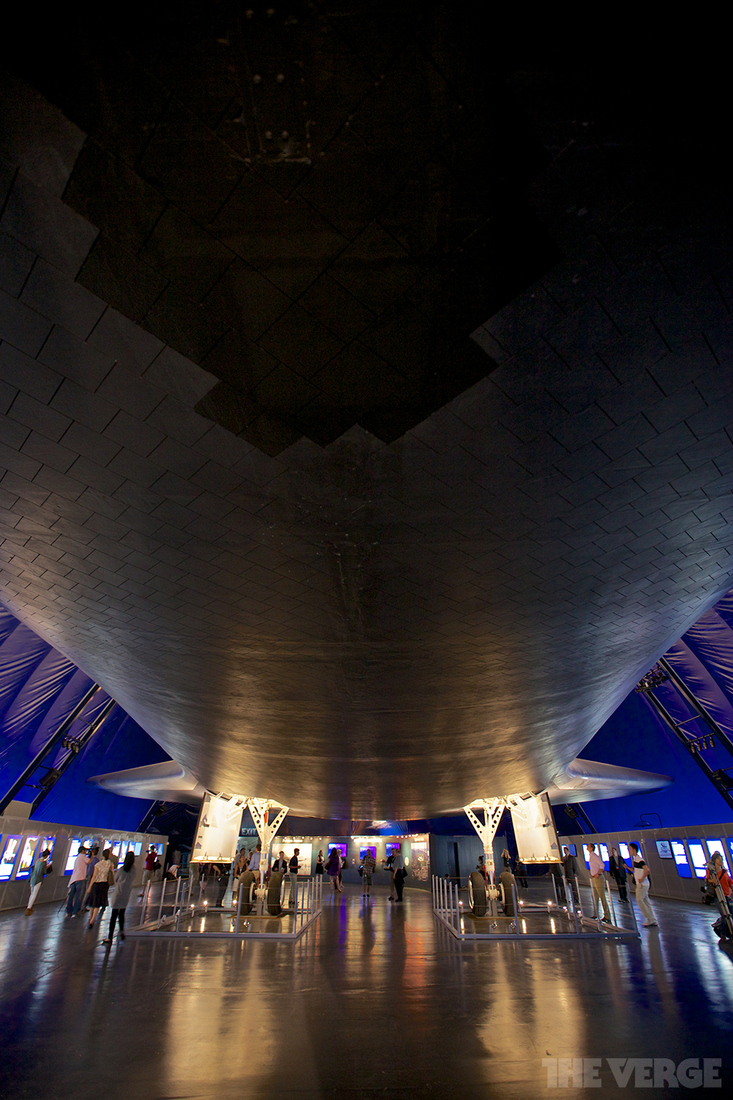 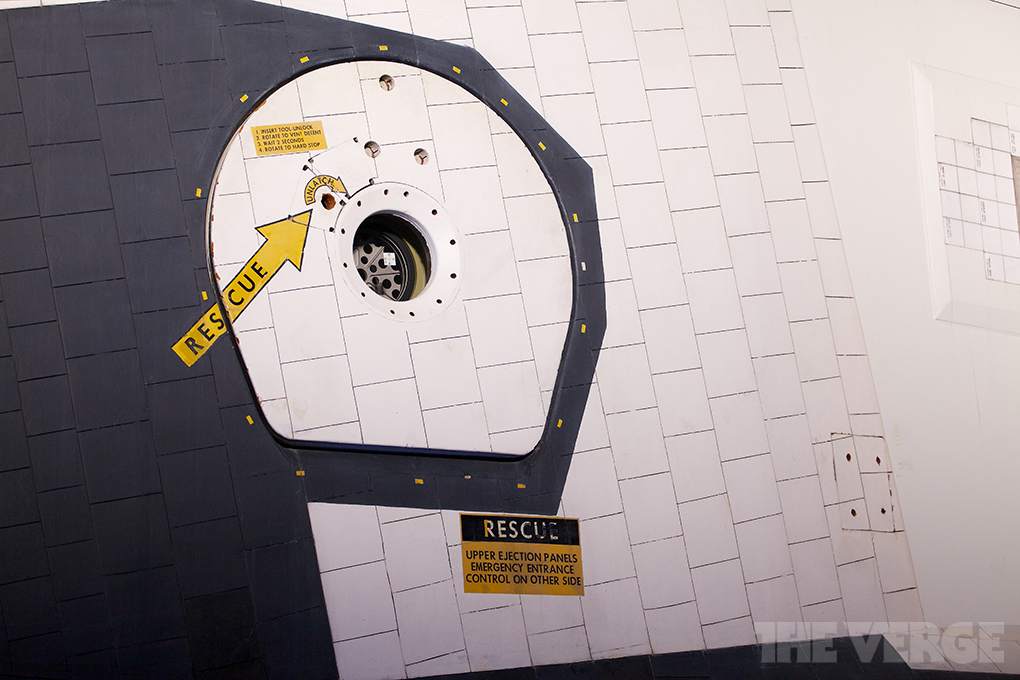 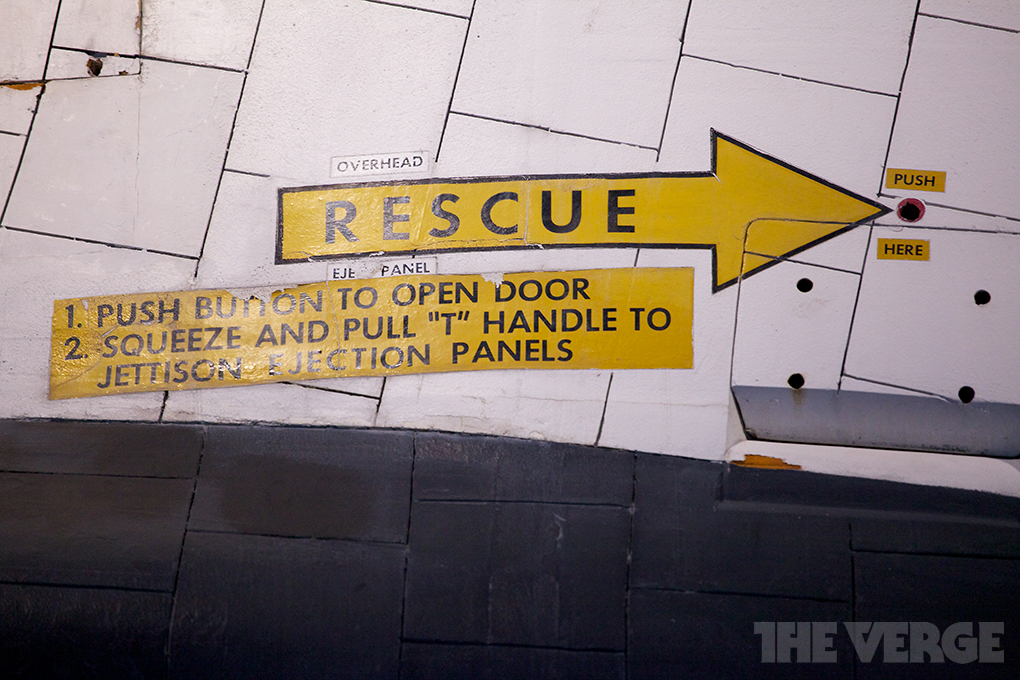 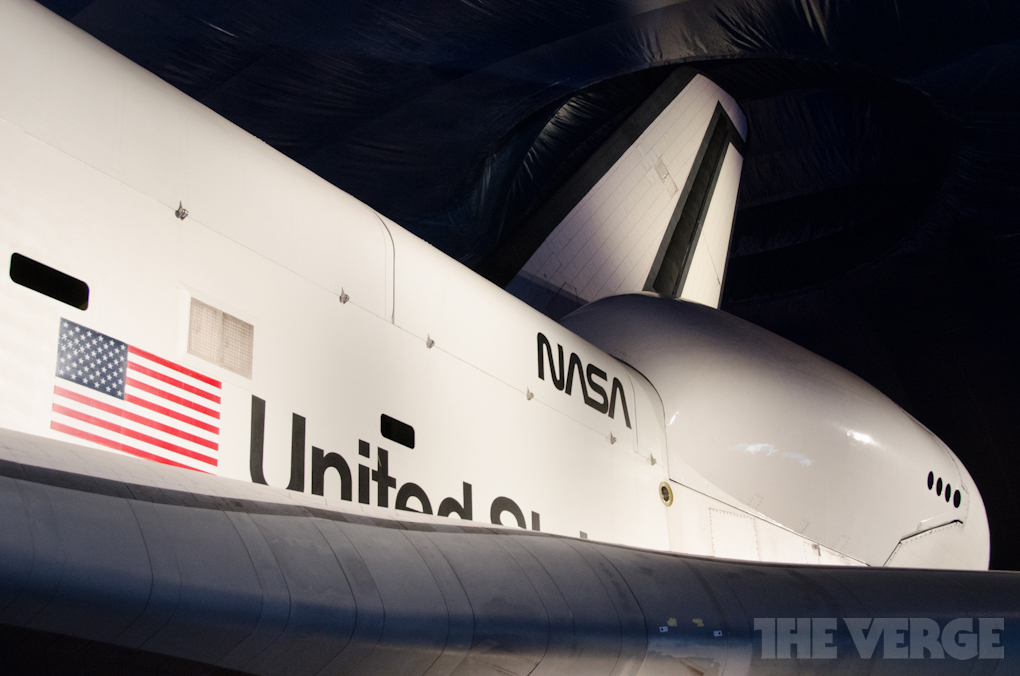 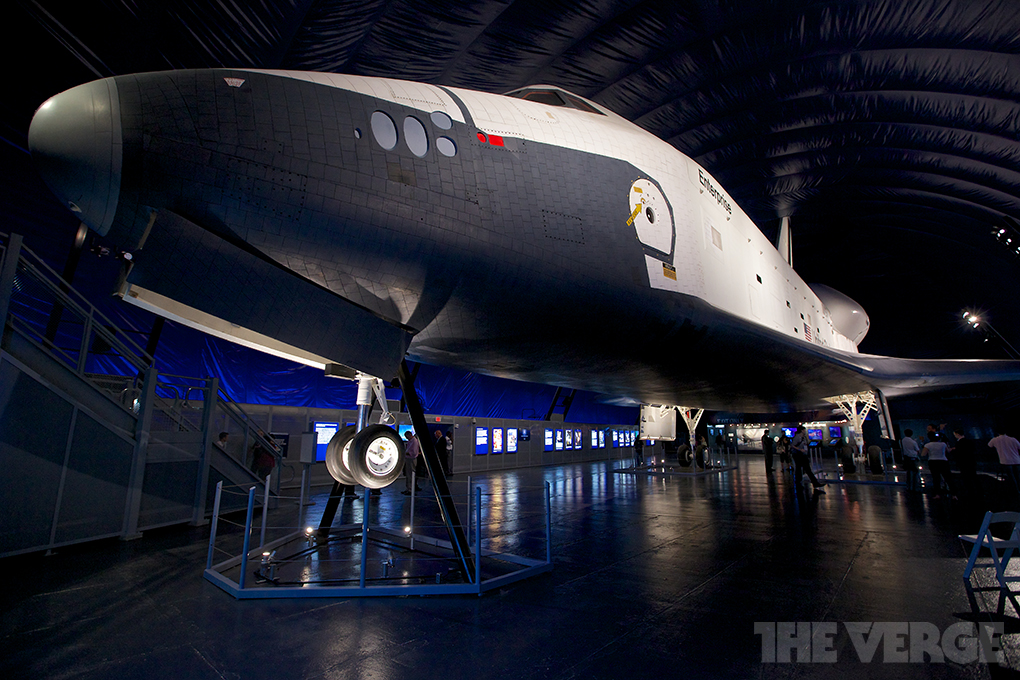 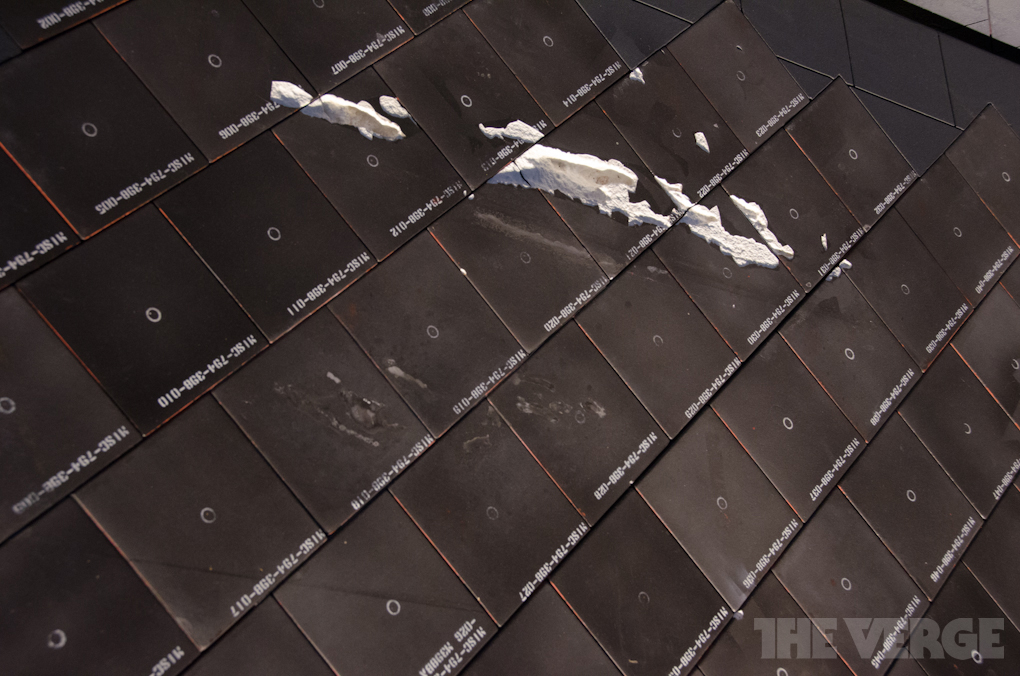 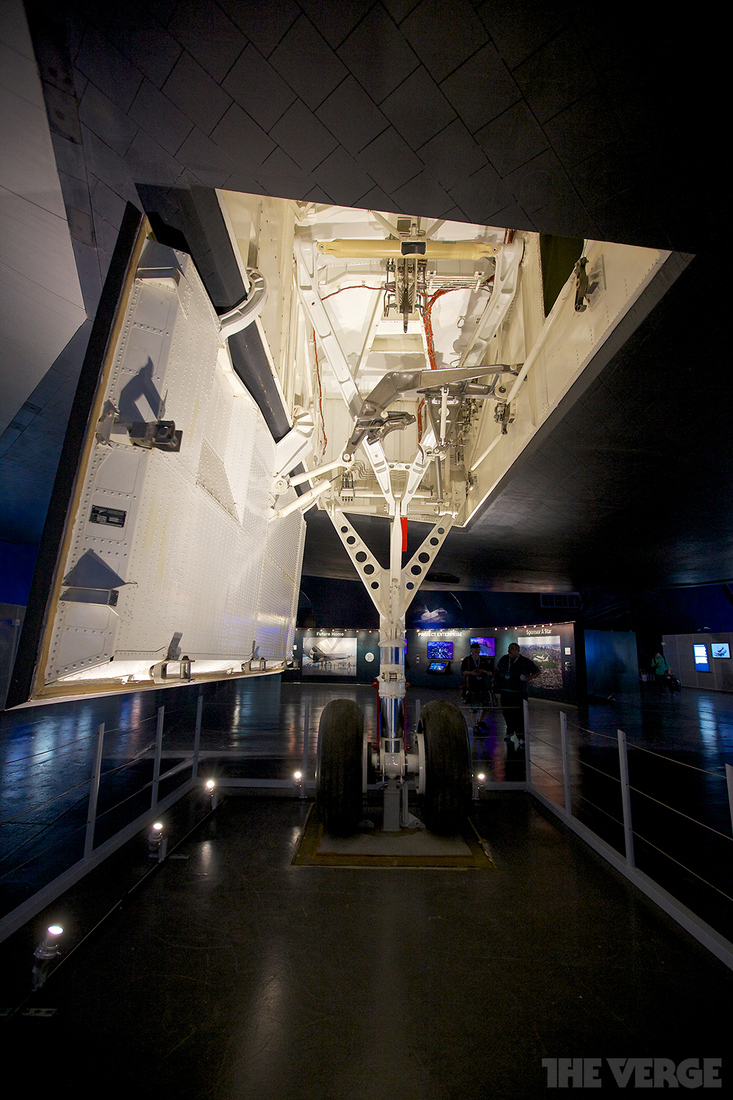 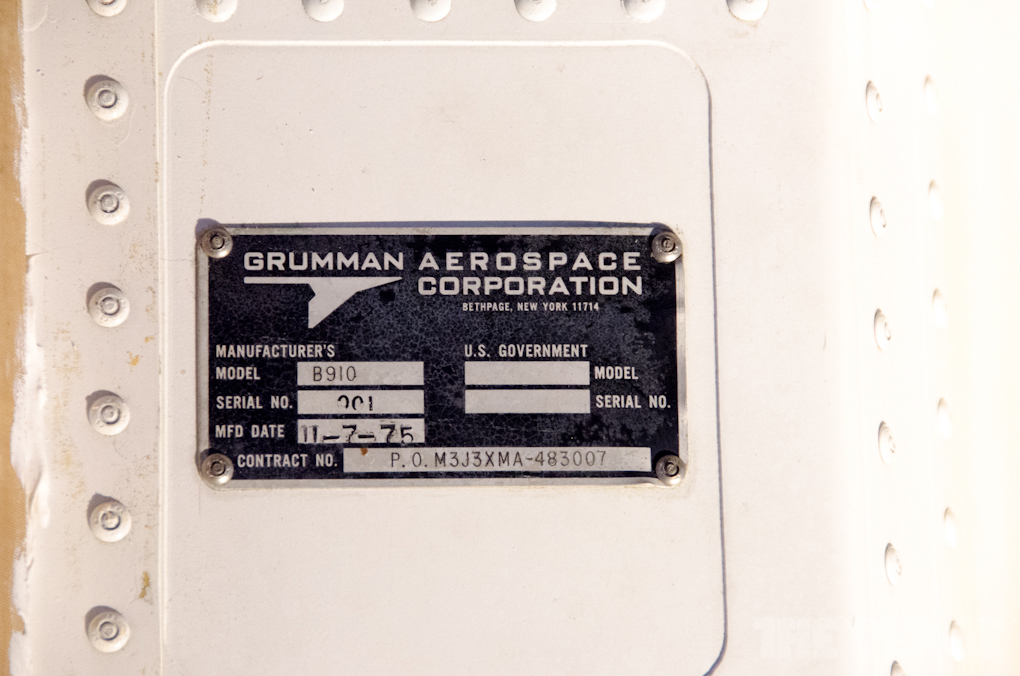