Google has hidden a Magic 8-Ball Easter egg in the Nexus Q's software.

So, you've just laid out close to $300 on Google's enigmatic Nexus Q media streaming device, you've hooked it up to your home entertainment system, and you've worked your way through your backlog of Google Play content. What, you want more functionality? Well, true to form, Google has hidden one of its traditional Easter eggs away in the Q's software. Similarly to the Jelly Bean trick accessed by mashing on the software version number, a series of rapid taps on the Nexus Q's image will reveal a special Magic 8-Ball mode where the device will answer anything your heart desires. To a certain extent.

As you can see from the screenshots, the Nexus Q isn't quite up to the standards of Siri or Google Now. The surly, often monosyllabic responses aren't really going to be of much use to anyone, though at least we now know that the Q reads The Verge. 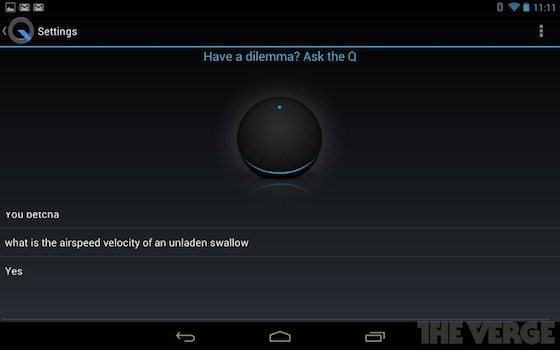 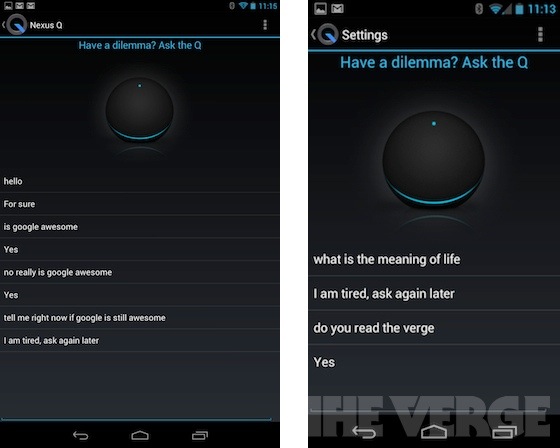