Third-party email app maker Sparrow just announced that it's been purchased by Google. This morning, Dom Leca posted on the Sparrow blog that the company has been acquired by Google, and that they're joining the Gmail team to "accomplish a bigger vision." While Google has purchased desktop apps before (Bumptop), the Sparrow acquisition is one of the higher profile purchases.

The Gmail experience on iOS has been troubled with a rough launch, a limited feature set weaker than its Android brethren, and continued lack of support for multiple accounts, which opened up a space that the Sparrow team took advantage with its excellent iOS app. We've reached out to Google and Sparrow for comment.

We've just heard from Sparrow, and Dom Leca notably mentioned that the current Sparrow apps will receive no new features:

You can view our public announcement here, but I wanted to reach out directly to make sure you were aware of the news. We will continue to make available our existing products, and we will provide support and critical updates to our users. However, as we’ll be busy with new projects at Google, we do not plan to release new features for the Sparrow apps.A Google spokesperson also told us:

The Sparrow team has always put their users first by focusing on building a seamlessly simple and intuitive interface for their email client. We look forward to bringing them aboard the Gmail team, where they’ll be working on new projects. 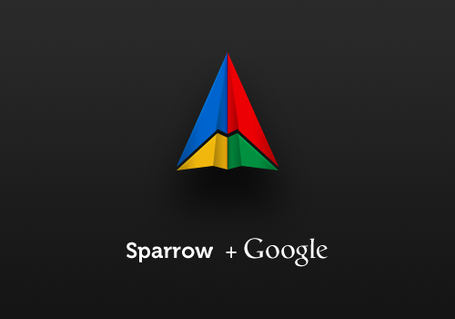 Update: We spoke to sources familiar with the situation, and have more details on the purchase price, why Google bought Sparrow, and what's happening to the teased Sparrow iPad app.