The DROID X360, from Shenzhen Xunlon is essentially a PlayStation Vita running Android 4.0

The existence of knockoff consoles from China isn't exactly big news at this point, but we just came across this one and thought it went a little further than most. The excellently-named Droid X360, from Shenzhen Xunlong, essentially amounts to a PlayStation Vita running Android 4.0. While the case looks nearly identical to Sony's latest handheld, the internals are in line with a smartphone — you'll find a 1.5GHz processor, 512MB RAM, and a 5-inch 800 x 480 display. It actually beats the Vita in some areas, too, with a 2-megapixel rear-facing camera and 8GB internal storage, though it doesn't look like there's a rear touchpad. Instead, you'll find a bright green Android logo.

Of course, its Android base means it should be an ideal platform for emulators, with nine systems apparently built in, so if you're still waiting for PSone games to come to the Vita this might actually be a better bet. Unfortunately there's no word on pricing yet, so keep your eyes peeled on your next trip to China. 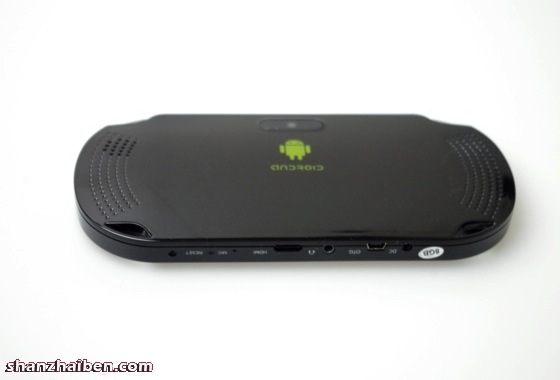