Microsoft has begun rolling out its new Xbox Live beta to registered users only a day after accepting registrations.

Microsoft is previewing its Xbox fall update beta sooner than expected, with testers getting access to it only a day after registration opened (and closed.) An anonymous tipster has sent us some pictures of the beta, which includes new features like Internet Explorer. Our tipster says that the dashboard feels a lot faster; it's also larger, with more tiles. The minimal fitness-related information has been expanded, with a full exercise data section. Browser-wise, it's running a modified version of Internet Explorer 9, which doesn't appear to have tabbed browsing but lets users toggle between loading the desktop and mobile versions of pages. It also reportedly supports HTML5 video. 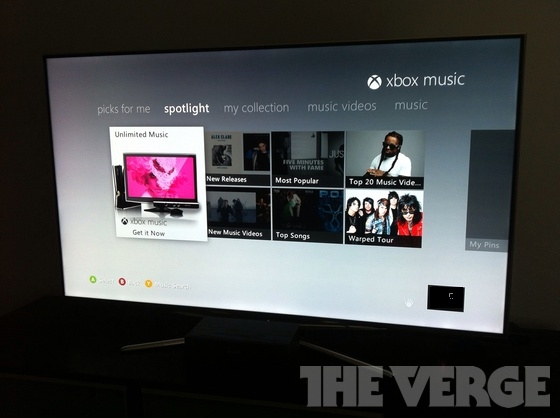 We've also gotten details on some of the new services Xbox announced. Xbox Music is part of the new beta and apparently looks like "rebranded Zune." SmartGlass is also making its debut on the Xbox: connecting an iOS or Windows Phone 7 device brings up the message "SmartGlass connected," though there's apparently no other functionality yet. We're not sure how widely the beta is available at this point, but we've seen similar reports on Twitter, so it looks like Microsoft is bringing it to users almost a month faster than it did last time.