Apple has released an SMC firmware update for the MacBook Pro with Retina display bringing Power Nap to the laptop.

Share All sharing options for: MacBook Pro with Retina display gets Power Nap via firmware update

Closing the lid on your MacBook Pro with Retina display is going to get a bit more useful thanks to an update that brings Power Nap to the laptop. The feature — which is only available for those running Mountain Lion on select laptops — lets the machine periodically check for updates as well as new Calendar, Contacts, Mail, Notes, and Reminders while asleep. Power Nap also updates your iCloud documents, Find My Mac location, Photo Stream, and Time Machine backups.

By default the feature only works when plugged into the power source, but you can enable it in the Energy Saver system settings menu to operate when on battery, too. For those not yet running Mountain Lion on their Retina MacBook Pro, the system management controller (SMC) firmware update is said to increase stability and fix "several sleep/wake issues" on the machine. The update is available now in the Mac App Store, and a similar upgrade for 2011 and 2012 MacBook Airs was released earlier this week. 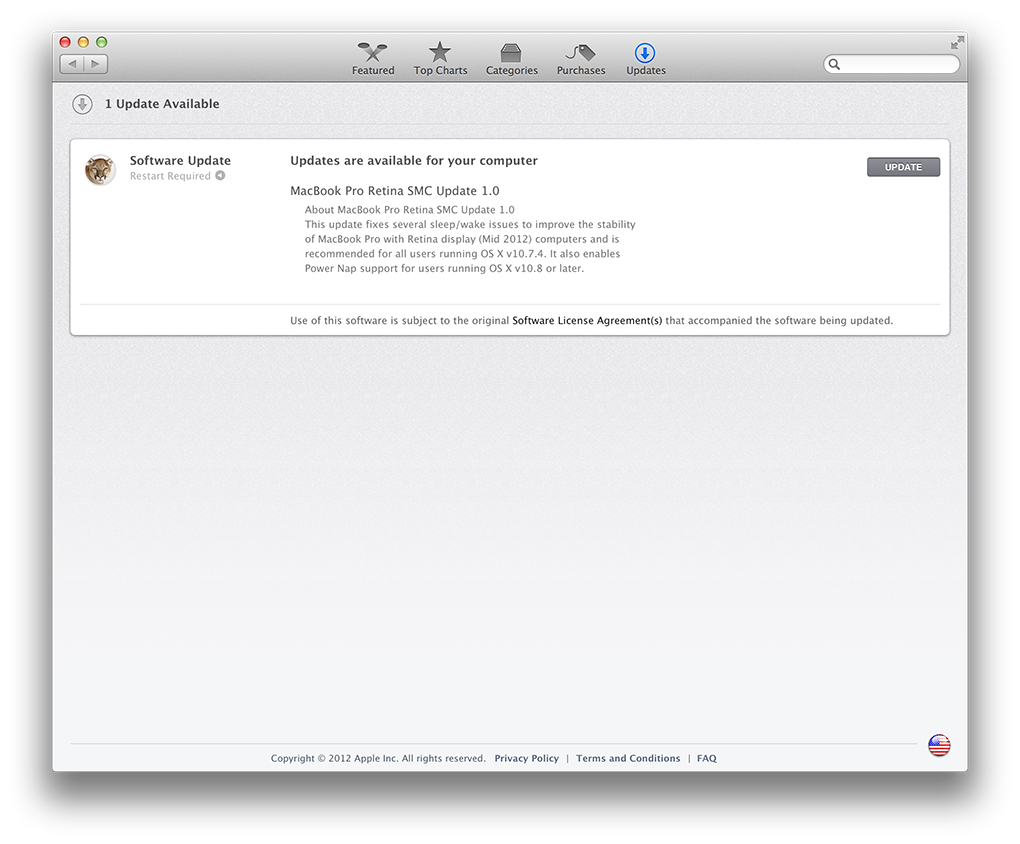