The 10-inch PlayBook tablet has been rumored and roadmapped for some time now, but Vietnamese forum Tinhte has given us a first glimpse at what an iPad-sized BlackBerry tablet might look like. Unsurprisingly, it looks very much like a larger version of the original PlayBook, albeit with an entirely different screen ratio. While the original PlayBook had a 10:6 display, its larger brethren appears to have something more like a 3:2 arrangement.

Tinhte has also released some photos of the tablet's internals along with size comparisons with the yet-to-be-released 4G PlayBook. The shots reveal what appears to be a 26.82Whr battery — a similar size to the iPad 2's 25Whr unit, but minuscule in comparison to the new iPad's 42.5Whr setup. There's also a slot for a SIM card, implying that the tablet will arrive packing cellular radios of some description. Without a first-hand analysis of the components, it's difficult to ascertain anything else from the photos, but its internal arrangement bears a striking similarity to that of the 7-inch PlayBook. The recently leaked roadmap pegged the 10-inch PlayBook for release in Q3 2013, so while this seems to be complete hardware, it may have been delayed in line with RIM's BB10 operating system. 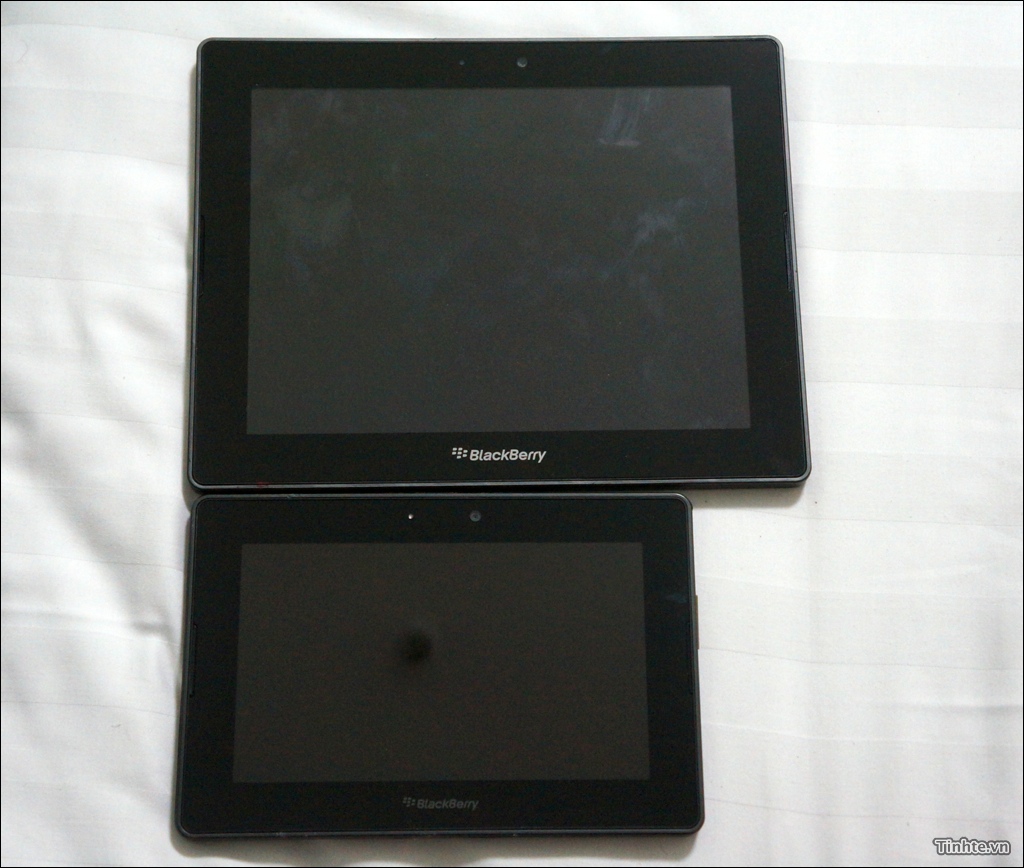