Facebook is reportedly rolling out an update to its mobile platform that allows you to save friends' posts for reading later.

Facebook is reportedly rolling out an update to its mobile platform that allows users to save friends' posts for reading later. According to iMore, users will soon see a notification letting them know that they can 'press and hold anywhere on a story to save it for later.' Saved stories will appear in users' favorites folder across all their devices. The update is to Facebook's mobile platform rather than its apps, and is apparently working through both the mobile website and iOS apps. We haven't been able to verify iMore's findings, so there is always the possibility that this is a limited-scale test, but hopefully the feature will roll out to users soon.

Update: We've now confirmed that the feature is also coming to the desktop version of Facebook. A 'save' button will feature beneath every update, and clicking it will send the article to a 'saved' subfolder inside your favorites. 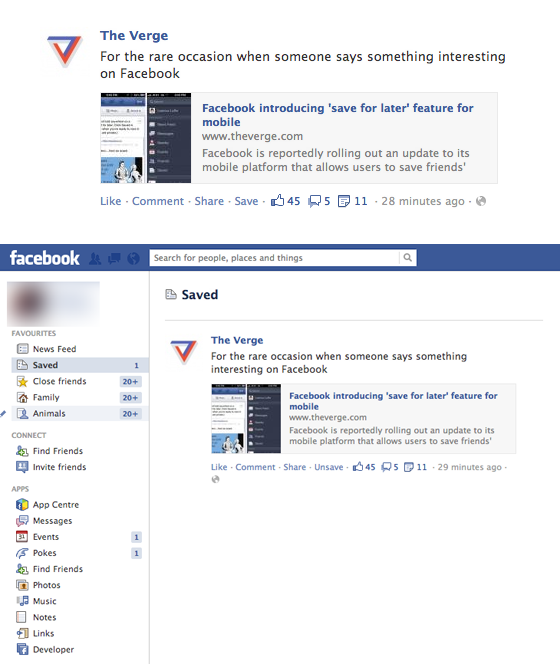