Microsoft is adding a number of new patterns to its Start Screen for Windows 8 as the final RTM version approaches.

Microsoft has been slowly adding more and more customization options to Windows 8 throughout its major milestone previews, but the final Release to Manufacturing (RTM) build will include 20 Start Screen patterns. Originally introduced in the Consumer Preview build of Windows 8, Start Screen patterns provide a wallpaper-like effect for the new Windows 8 Metro Start Screen. Win8china has provided details of the final patterns for Windows 8 RTM, revealing that there's now 20 options to choose from.

Although it's hard to make out every pattern from the leaked screenshot, some appear to be a lot more complex than the five existing patterns that have shipped in the Preview copies of Windows 8 — suggesting that the customization options will radically change the look of the Start Screen for some. Win8china also posted a new lock screen image today, which includes a render of Seattle's space needle. Microsoft is expected to announce the Release to Manufacturing (RTM) of Windows 8 this week, a process that means the new operating system is complete and OEMs can start to ready new PCs for the launch on October 26th. 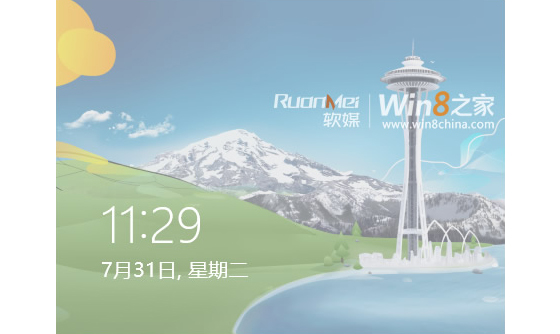