Samsung has released an over-the-air update for international Galaxy S III phones that promises "improved stability" and adds a brightness slider to the notifications drop-down menu, Slashgear reports. The 72.68MB update brings a much-needed addition: a new widget that allows you to toggle automatic brightness adjustment and manually adjust the brightness using a slider. We encountered a few problems with the GS III's automatic brightness adjustments in our review, notably that the display tends to be a little dark and adjusts rather abruptly, so we hope to see the update soon on US carrier devices. 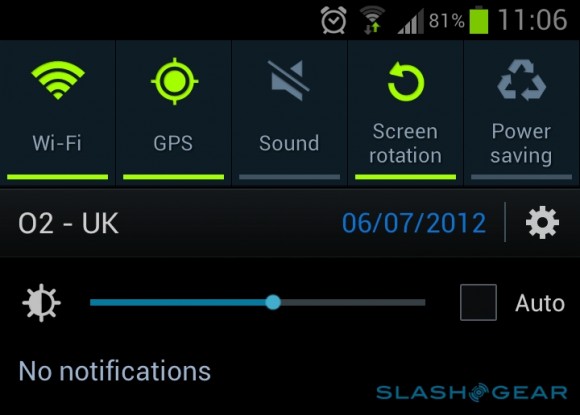