Rhapsody's Rob Reid: 'Copyright law is like doing archaeology in the Mediterranean'

In his new book, Year Zero, author and Copyright Math™ expert Rob Reid presents a farcical, Douglas Adams-style re-write of The Day The Earth Stood Still, with humanity's fast-expanding arsenal of labyrinthine copyright laws standing in for Cold War era A-bombs. We spoke with him about extraterrestrial copyright violations, our broken system, and the future of the streaming subscription model.

Share All sharing options for: Rhapsody's Rob Reid: 'Copyright law is like doing archaeology in the Mediterranean'

If you're a music or tech fan, you've probably noticed that the current arms race over patents and copyrights has gotten more than a little out of hand. Rob Reid, author and founding father of pioneering digital streaming service Rhapsody, knows a thing or two about the music business' unfortunate state of affairs. Having already explained the art of Copyright Math™ in a recent TED talk, he posits a fantastical scenario: Aliens have been unwittingly pirating the human race's music since the late 70s, and thanks to our primitive copyright system, they now owe us more money than exists in the universe. Needless to say, they are pretty fucking pissed.

That's the setup for Reid's new book, Year Zero — a kind of farcical, Douglas Adams-style re-imagining of The Day The Earth Stood Still, with humanity's fast-expanding arsenal of labyrinthine copyright laws standing in for Cold War era A-bombs. The Verge spoke with Reid about extraterrestrial copyright violations, our broken system, and the future of the streaming subscription model. You can find him on Twitter at @rob_reid.

Do you see copyright law and patent litigation as one of the make-or-break issues of our time?

Well, it's certainly a lesser issue than those of war and terrorism, and the grimmer scenarios on the global warming front. But it is a manifestation of a major structural problem facing our society — specifically, its suffocating excess of laws, lawyers, litigation and special-interest-driven regulation. The Law should ideally be as essential, objective, and unobtrusive as a team of great referees in a professional game.

But this ideal doesn't represent a stable equilibrium, because even when excellent lawyers do great work, it triggers demand for more lawyering. One lawyer sues, another must defend. One lawyer writes laws, many others have to help their clients adhere to the laws. A lawyer with an entrepreneurial streak pioneers a new category of law. Soon there's a new type of class-action lawsuit, or a new realm of regulation. And an explosion of work arises for lesser lawyers who sue, defend, or comply with the regulation. The copyright realm is one area in which this process has gone completely out of control.

If the aliens love our music so much and live a millions of light-years out of reach, why not just keep pirating it with us none the wiser?

It's hard to answer this without creating a spoiler. So I'll just say that the aliens simply don't have a choice, for reasons that are deeply ingrained in their economy, legal system, and moral code. You know aliens — they're weird that way. It's like Spock and his inability to lie. Only with giant lawsuits involved.

Your main character is a copyright lawyer, and his internal monologue humorously admits all kinds of questionable practices. How much of this did you pick up on from your dealings with real copyright lawyers and lobbyists?

There's a bit of playful exaggeration, and a certain amount of creative license. But while the main characters are spun from whole cloth, the world that they occupy is quite faithful to our own world. The result is that readers will find two equally surreal, comical, and improbable realms in the book — that of the music-addled aliens, and that of our media industry's intersection with Washington. But only one of those realms is made up.

The book confronts that huge disconnect between the centralized and accessible internet world, and the antiquated structure of copyright ownership. In what ways has that dichotomy changed / stayed the same since Rhapsody and the Napster upheaval of the late 90s?

"Our foundational copyright laws have barely budged since the rise of the internet."

Actually, our foundational copyright laws have barely budged since the rise of the internet. And this is a problem, since some of the biggies were written to accomodate the quirks of a world full of player pianos. Literally. Going through the layers of American copyright law is like doing archaeology in the Mediterranean. Indiana Jones finds Phoenician relics beneath the remains of Greece, which itself lies beneath the detritus of Rome. A copyright lawyer finds the player piano stuff buried under these laws that made perfect sense when the world was grappling with the rise of broadcast radio in the 20s. Then there are several layers after that, like the stuff that was written to strangle digital audio tape in its crib back in the 90s. These laws never go away — they just sort of accrue.

Just how hard is it to broker deals with content owners to get all this stuff in one place? And how does Pandora, now a public company, compete with Spotify, when it has 1/15 the number of songs available?

Things are much better now than they were when we were first negotiating for licenses for Rhapsody, in that the labels are at least willing to license their catalogs to people who want to build legal services around them. We were the very first company to get licenses from all of the major labels, and for 3 1/2 years the labels boycotted their catalogs from the market entirely. In doing that, they allowed rampant piracy to take root in the marketplace, and in the habits of millions of music lovers who were not offered digital alternatives to piracy. This condemned the record labels to a decade of declining sales as habits, once rehearsed for years, are hard to reverse. 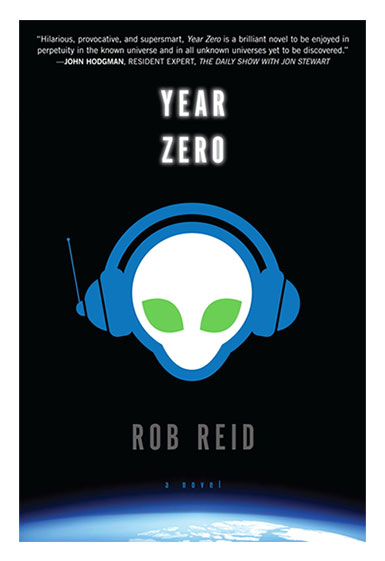 As for Pandora vs. Spotify, I don't think comparing catalog depth is relevant in their current incarnations, because they represent fundamentally different consumption modes. Pandora is a chauffeured music experience — you sit back in your chair and the music is picked for you. Spotify is a sports car — you take the wheel and go wherever you want, very, very quickly. They compete in the same way that CD collections used to compete with radio stations. Which is to say that they're sort of competitive, in that there are only so many conscious listening hours in the day. But they're such different engagement modes that they're more complementary than anything else.

That said, I expect things to change between the two companies, because if I were Spotify, I'd certainly be angling to get into Pandora's business. If I were Pandora I wouldn't be drooling over Spotify's business because the margins suck in comparison. But I'd probably expect Spotify to target my business, so I'd target Spotify's consumption mode as a defensive measure.

"File-based music collections will look about as cutting-edge as carrying canteens around a city with modern plumbing."

There are numbers out there that suggest independent artists are kind of getting hosed by streaming services. Is there any way to level the playing field? And do you think streaming is a prospective replacement for digital music sales, or something which will just compliment them?

I don't know the details of the deals that Spotify cuts with indies vs. majors. But I can speculate about the relative size and attractiveness of a fully-streaming market. This is where I see the world in 5-10 years, when the technology allows immediate (and mobile) on-demand access to all the world's music at essentially all times for a modest monthly fee (which is coming very quickly) – and consumers have fully digested and acclimated to this fact (which will take quite a bit longer).

In that world, a la carte piracy and the annoyance of managing and synchronizing file-based music collections across multiple devices will look about as cutting-edge as carrying canteens around a city with modern plumbing. I expect that anyone with even a passing interest music would be a subscriber in that world (much as the huge majority of households now get pay TV), and that prices will initially gravitate around $10/month, and then drift upward as "music dial tone" comes to be an increasingly integral aspect of daily life.

So let's say about half of the country is on board at $10/month. That's $15 billion/year in revenue, which is slightly more than the US music industry at its peak in 1999. And I think that's a starting point for the market once the transition to streaming is complete, and it will do nothing but grow after that (again — think of cable/satellite bills).

This tells us that the pie that's shared between creators, the labels who finance and promote them, and the retail channel should be at least as big as it was in the physical world — only the "streaming pie" will not have to cover physical costs. The question in this market — as it is in all markets — is how that pie will be carved up between the various links in the end-to-end chain.

"I believe that the streaming market will be as big if not bigger than the physical market at its peak."

My feeling is that the more entrepreneurial artists will end up circumventing the labels and dealing directly with the distributors — which means that they'll have one less entity to share revenue with. And unless there's one overwhelmingly powerful distributor, I believe that all distributors will need to offer comprehensive catalogs in order to compete for end-users — and this should limit their ability to screw over indie artists as a group, because as a group, the indies are roughly the size of another major label.

What's on your $8 billion iPod?

I'm still listening to the latest Spiritualized album. It's their best work since "Let It Come Down," which is saying a lot. The latest Regina Spektor album disappointed me after a bunch of listening on Rhapsody — but three of the tracks were "keepers" so I bought those. I recently saw Van Halen for the first time, because they were actually touring with David Lee Roth, and listening to their latest album on Rhapsody I found a bunch of songs that were surprisingly fresh and vital. The album was just five bucks on Amazon, so I bought the whole thing rather than just cherry picking the best tracks. I'd recommend "Blood And Fire" to anyone who ever loved the early Van Halen.

Read more 5 Minutes on the Verge.