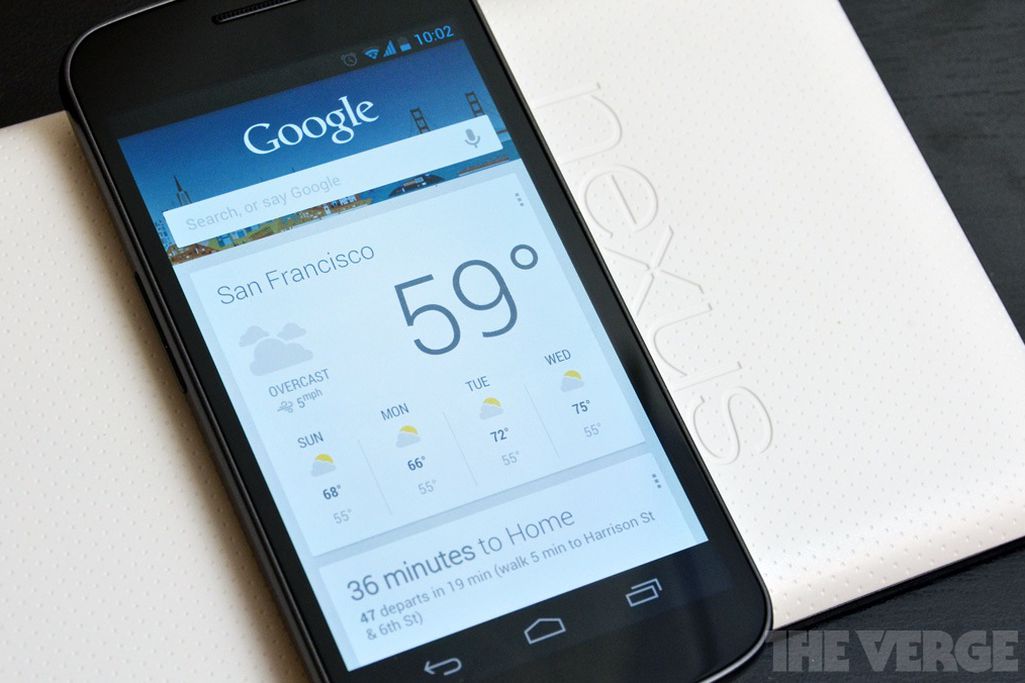 Ping / Counterping is a special feature where editors of The Verge debate issues from the world of technology head-to-head, no holds barred.

When Google and Samsung announced the Galaxy Nexus late last year, its greatness in the Android landscape was difficult to dispute: Ice Cream Sandwich was a fantastic update, and the Galaxy Nexus was the only device to run it for a long time.

But what about now? HTC, Samsung, and LG have come to the table with newer, empirically better hardware running Android 4.0 in the months since. Is the Nexus phone's early update to Jelly Bean enough to keep it at the top of the heap? Vlad and Chris sound off.

Vlad Savov: Google still does it better than anyone else

Today, my learned and erudite colleague Chris Ziegler will seek to convince you that Google's Galaxy Nexus is no longer the top choice among Android smartphones. As his evidence, he will no doubt present the laudable specs of the HTC One X and Samsung Galaxy S III, pointing out how well they run Android 4.0 and eventually contending that one or both represent a better investment of your hard-earned currency. I'm here to correct Chris' momentary lapse of judgment and shall begin with just two words: Jelly Bean.

Buying into Google's Nexus program guarantees you two things: firstly, you'll get the stock, untainted Android user experience, and secondly, you'll have the best chance of seeing your device upgraded with future versions of the mobile OS. In an ideal world, neither of those would be massive advantages for the Galaxy Nexus — and with the expected introduction of a whole fleet of Nexus phones later in the year, we could move closer to such a utopia — but in the current circumstances, both factors matter a great deal.

The stock Ice Cream Sandwich user interface hasn't been bettered by either HTC or Samsung, which renders their spec supremacy largely irrelevant and leads to the absurdity of community ROM makers having to work to remove their skinning alterations. Adding insult to UX injury, Google's recently unveiled Android 4.1 Jelly Bean will be coming as an over-the-air update for the Galaxy Nexus many weeks (I'm being charitable, we're probably talking months) ahead of the devices that most directly compete with it. In other words, the Galaxy Nexus provides the best Android user experience today, plus the best prospect of improvement tomorrow.

Don't think that matters? Just ask owners of the Galaxy S how they feel about the identically-specced Nexus S enjoying an Ice Cream Sandwich upgrade while their phones continue snacking on stale Gingerbread software. 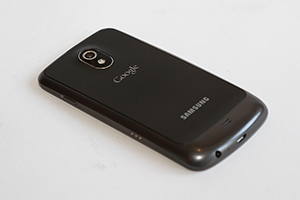 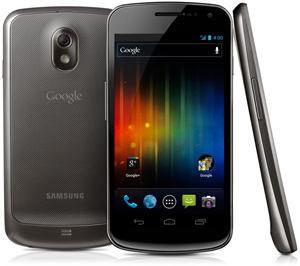 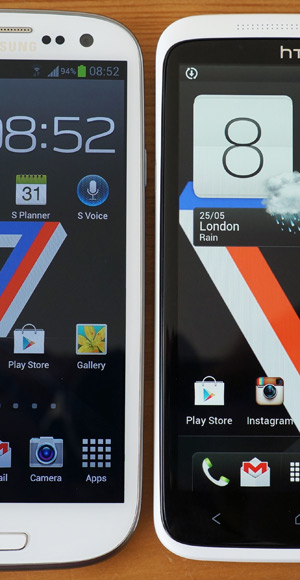 Ah, Vlad, I'm afraid it's not that black and white. At least, it isn't anymore.

I'll be the first to admit that I was a big believer — dating back to the release of the first "skinned" device, the HTC Hero in 2009 — in holding the stock Android experience in the highest regard, a good rung or two above every OEM's misguided bastardization. I looked at Android no differently than I looked at Windows: there's a clean install, and there's the garbage that hardware manufacturers pile on top. Obviously, a clean install is what everyone prefers — so much so, in fact, that Microsoft will happily charge you extra for one.

But in the Android world, that's a grave oversimplification of what's actually going on. To be completely pedantic about it, there's really no such thing as "stock Android" — the second you choose to power a device with Android, you've made the decision to customize it to support your specific hardware.

That doesn't excuse OEMs for producing terrible apps and tweaks on top of the stock experience, of course, but they're finally learning their lesson. Top-tier OEMs like Samsung, HTC, and LG have visibly improved their user experiences across the board in their most recent devices. And Samsung's latest effort — the oddly-named Nature UX atop Android 4.0 — is the first skin I've ever used that I can't conclusively say I like less than Google's untouched, Matias Duarte-blessed offering. That's impressive, considering how utterly terrible TouchWiz looked on Android 2.3.

We need to get away from the notion that OEMs are producing Android devices with crappy skins and embrace the reality, which is that they're not far off from what Amazon has done with the Kindle Fire. Yes, the Galaxy S III is running an operating system based on Android 4.0, but I'm not sure I'd call it an Android 4.0 phone — it's an Android-based phone running Nature UX. And that's okay. As long as we hold these OEMs' designers accountable for producing beautiful, usable UIs, I have no problem with that.

Jelly Bean is great. I have a Galaxy Nexus running it, and I'm excited about Google's tweaks. Google Now, I think, is the beginning of a revolution in how we think about mobile technology. But Samsung has handled its latest port of Android with tasteful kid gloves, and the Galaxy S III's hardware is significantly better in almost every way than the Galaxy Nexus's — so much so, in fact, that I'm unable to recommend the Nexus to a new buyer.

Might that change if the Wall Street Journal's report of an entire line of Nexus phones later this year comes true? Of course — but I expect the best OEMs in the business (Amazon included) to continue to make Android their own, and to do it in a way that commands our attention and respect.

Credit where it's due: LG and Samsung have indeed crossed a threshold of quality with their Android 4.0 skins that is markedly higher than anything we've seen in years past. Is it any coincidence, however, that the Optimus UI 3.0 and Nature UX mostly stick to Duarte's basic vision of Android simplicity and minimalism? All positive feedback about the two South Korean companies' customizations begins with acknowledging how restrained they have been.

There's a reason why I chose Android 4.1 as my platform of attack. Even if we accept the postulation that the Galaxy S III matches the Galaxy Nexus in terms of Android 4.0 user experience, Google's own phone is already moving on. Ice Cream Sandwich is what everybody already has (or rather, should have by now), whereas Jelly Bean is the key ingredient in the next evolution.

If Chris is right in his critique that I'm dislocated from 2012, then it's because I'm spending too much time thinking about the future, contemplating all the openings where your Nexus-equipped buddies will mock your water ripple lock screen, your Butter-free UI, and your Google Now-deprived existence.

I admit that I too was swayed by the shining novelty of the One X and Galaxy S III upon their release, but Google's rollout of Jelly Bean has brought me back to reality. You know, the reality of living with a phone for longer than the honeymoon period, the reality in which you can buy an unlocked Galaxy Nexus for $349, and the one in which Samsung's software update track record is patchier than Greece's finances. 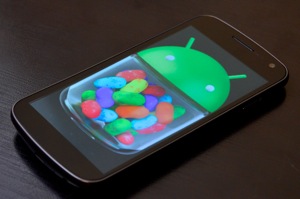 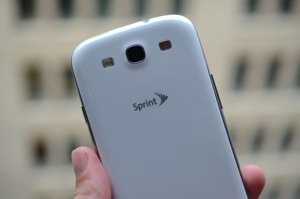 Vlad's right about one thing: the appeal of a $349 unlocked Galaxy Nexus is hard to deny. But we're not arguing value here — we're arguing where the Android bar is being set, and who's setting it. If we want to go line item by line item, the answer to that question switches off between three, four, or perhaps even five different phones from different manufacturers. Regardless of how you score it, though, as a holistic smartphone experience, the Galaxy Nexus is no longer the winner.

I completely understand the appeal of running the latest and greatest version of Android that Google has to offer; Jelly Bean has some really neat stuff. But giving Google a free pass to sell just a single, outdated phone running it — a phone, mind you, that's significantly outclassed by the Galaxy S III and One X — isn't doing anyone any good.

We used to talk about two types of Android phones: "Google experience" models blessed by Andy Rubin, and everything else. In the long term, we'll be talking about the Google experience, the Samsung experience, and the HTC experience, and I feel like these OEMs are finally acquiring enough serious design talent to pull that off. The sooner we learn to accept it and move on, the sooner we can learn to love these great new phones that are coming to market instead of getting hung up on an eight-month-old device with a terrible camera, iffy screen, and LTE support on just a single carrier.