A Lenovo ThinkPad Windows 8 tablet has shown up for certification at the FCC bearing a resemblance to the prototype model shown off at Computex Taipei.

We first got word that Lenovo would lend its ThinkPad brand to new Windows 8 tablets back at Computex Taipei in June, where Intel was showing off a prototype design with a Clover Trail processor. We weren't allowed to use the prototype ourselves, but it may be closer to an actual product than we previously thought — a ThinkPad tablet has shown up for certification at the FCC looking remarkably similar to the reference model.

There aren't really any juicy details in the filing about the tablet's capabilities, but all the ports, stickers, and logos appear to be in the same places they were when we saw it with our own eyes. The fact that Lenovo has deemed this product worthy of the FCC's attention could well suggest it's gearing up for a proper release, and with Windows 8 itself coming on October 26th there's still quite a bit of time left for the ThinkPad to make the launch party. 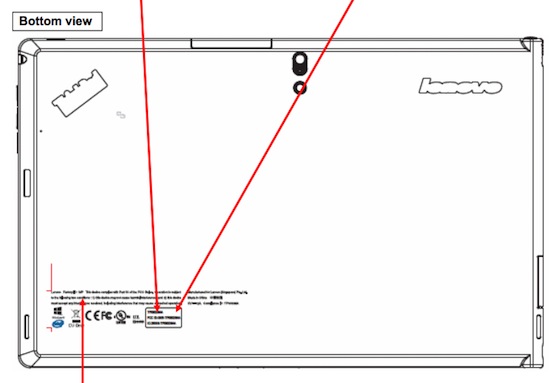