Recycled: inside the GameStop factory where gadgets are born again

Share All sharing options for: Recycled: inside the GameStop factory where gadgets are born again

"If you want to understand GameStop, you must understand refurbishment," says GameStop CEO Paul Raines. It's not the most evocative mission statement, but it's brought me to Grapevine, Texas, where Raines is speaking. Behind the tall executive lies a 182,000-square-foot facility filled with workers who are polishing discs, piecing together video game consoles, and rigorously testing pre-owned iPads, iPhones, iPods and Android tablets. It's called the Refurbishment Operations Center, or ROC for short, and GameStop is giving us a first-hand tour of the $7 million facility.

Somewhere in here, amidst the shattered screens and broken drive trays, lies the future of retail.

In the year 2000, GameStop started refurbishing games and consoles with just 20 employees in a different building down the street. Now over 1,100 work in a plant formerly used to build wire harnesses for an automotive company, and consoles are just the beginning. We peek inside a giant metal cage where factory workers are testing iPads, iPods, and iPhones for basic functionality: the buttons, the screen, the microphone, the headphone jack, the charging port, and software features. It all happens fast: "Every 42 seconds, a unit will be rolling off this cell," he says.

"Why would a retailer have a factory? This was a big bet on the future," says CEO Paul Raines. It’s one of many such bets: GameStop also bought electronics reseller BuyMyTronics in March of this year, along with several companies to help it begin to digitally distribute games across both desktop and mobile ecosystems.

For a company like GameStop, finding new businesses, particularly digital ones, would seem to make sense. They could ensure a future for a company whose brick and mortar presence — stemming from the need for physical discs and cartridges — might not be guaranteed indefinitely.

Surprisingly, though, the chief executive tells me that future-proofing GameStop wasn’t the aim. These new initiatives were originally born to "fill a trough" in the company's core business, he explains. "We're coming off the longest console cycle in history," Raines reminds me, referring to how the next Xbox and PlayStation aren't expected until 2014. "It's putting pressure on everybody." In other words, the other ventures are a short-term way to boost the balance sheet and please investors while current-gen console sales taper off. But when GameStop store shelves get filled with the next generation of game machines, Raines says it's not clear whether there will still be room for electronics too, and the new BuyMyTronics subsidiary gives GameStop an alternative way to sell them.

Raines sees refurbished electronics as more than a short-term experiment — "I think we passed the experiment phase in December," he says, citing a projected $200 million in mobile device sales this year. He’s merely not sure when and where those electronics might actually be sold. Due to the ubiquity of the company’s physical locations, he believes that GameStop stores is a "superior trade collection point" for electronics, but that doesn’t mean there will necessarily be a dedicated electronics section in future GameStop stores.

He claims it's also not about the product so much as the Buy-Sell-Trade model where GameStop's expertise lies: "We could trade in shoes if we wanted to."

GameStop has to reverse-engineer every single device it decides to refurbish, and figure out the best, most cost-effective way to do so. "When we first started refurbishing hardware, we asked, 'Where are the training manuals going to come from?' 'Training manuals? What training manuals?'" Daughtery quips. The iOS department has been operational for six months, but for Android, things are more tenuous. Android refurbishment operations began only six weeks ago at a single table, and it's a learning experience. Manufacturers don't provide instructions on how to disassemble their products, and they rarely give GameStop hardware in advance. "As soon as the public can get it, we'll reverse engineer it and break it down," Daughtery tells me. 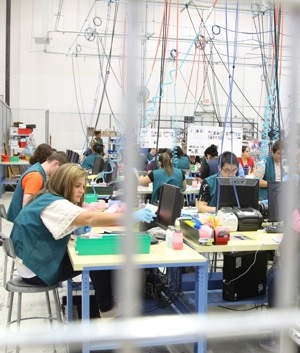 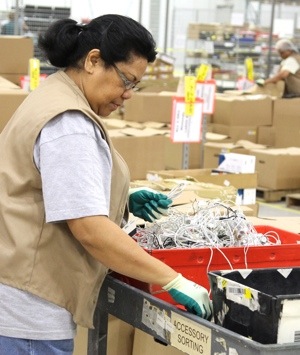 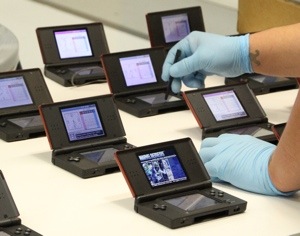 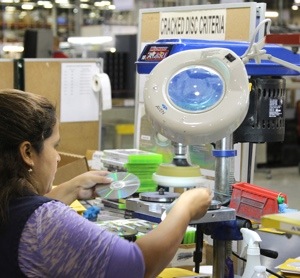 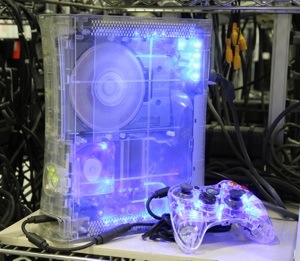 GameStop now accepts 42 different Android tablets for trade-in credit at a small handful of locations, and plans to refurbish and sell all of them before long — the company already sells new Android devices at 1,600 stores.

In addition to refurbishment, GameStop also performs final assembly, testing, and packaging of its own Bluetooth controller here. There's also a brand-new, upgraded version of that controller on the way, I'm told, though executives won’t tell me about its features.

Still, most of the workers here spend their time working on Xbox 360, PS3, Wii, PS2, PSP, DS, Xbox, GameCube and Game Boy Advance systems, and the games to go with them. You've probably never seen so many pieces of gaming paraphernalia at once. Giant boxes filled with cable spaghetti cover parts of the floor, while others have dozens of neatly stacked power adapters, consoles, and games. There are crates overflowing with controllers and rows upon rows of Xbox 360 external hard drives. Most are clearly labeled, to the point where a casual observer can figure out which particular defects plague the industry: apparently, the PSP's disk drive hinge is particularly prone to breakage.

When consoles come here, they first undergo a plug-in visual test. Does the disk tray open and close properly? Does it power on? Does that Xbox 360 display three blinking red lights, the infamous red ring of death? From there they get sorted into categories depending on whether they demonstrated no fault, a minor fault, or a severe one. For instance, a tray stutter is fairly common, easy-to-fix problem: Daugherty explains it's typically a simple matter of the rubber band slipping because it's gotten more rigid over time. Often, lasers have to be replaced due to overheating (tobacco soot is often a culprit) or the age of the system. Once the fault is fixed, or if no fix is needed, every single console gets tested for all functions, cleaned, and is packaged for resale.

Not everything can be repaired. GameStop associates aren't supposed to accept trade-ins of Xbox 360 systems with the RROD, or consoles with water or fire damage. Systems that have been in a house fire are tragic in more ways than one; even if they're fully-functional, there's no good way to get rid of the smell. And then there's the textbook issue: occasionally, Daugherty's team discovers that some enterprising individual has sold GameStop a console with a textbook inside, rather than the motherboard.

Unfortunately, it seems GameStop has recently been buying not just Xboxes, but entire companies with "textbooks" hidden inside. 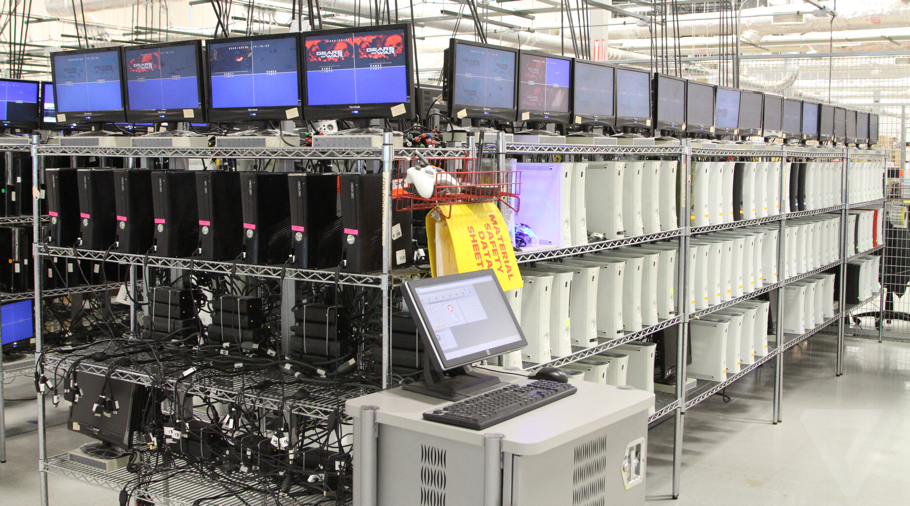 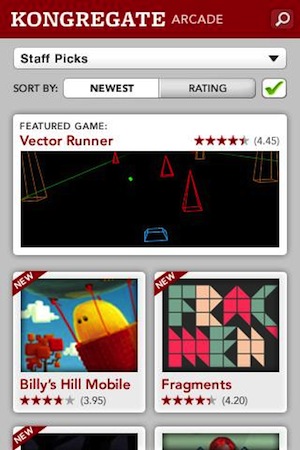 Kongregate was supposed to be GameStop's play for mobile, delivering free-to-play games with a little help from Adobe Flash. It worked well enough to start: the Kongregate Arcade app has over 500,000 downloads on Android and a 4.5-star rating. Now that Adobe has abandoned Flash for mobile, though, the future of Kongregate Arcade doesn’t seem so bright: Bartel calls the app a "brand-building exercise," rather than a commercial product. "Flash not being a part of mobile going forward will have an impact," Bartel admits.

GameStop’s publicly reported that Kongregate's overall business doubled last year, and increased another 50 percent in the first quarter. Bartel's still interested in the potential of Kongregate games on mobile, but he's not quite sure that the web and HTML5 are mature enough platforms yet. "Needless to say, Kongregate is going to change. As the platform continues to evolve, Kongregate will evolve to let those games take place."

GameStop recently bought Spawn Labs as well, which is still working on a streaming game platform to rival OnLive and Sony’s recently-acquired Gaikai. At first, Bartel doesn't seem too keen on discussing the platform. "The technology works great," he tells me. When I bring up Sony's recent aquisition, his eyes light up a bit. "We're feeling very good about our investment, that's what I'll say."

When I ask when the service will launch, though, Bartel begins to hedge, hinting that Spawn’s time hasn’t come yet. He tells me about how the service would require a huge investment to start, and how there isn’t necessarily a commercial opportunity worth pursuing at this point.

Then, the truth comes out. GameStop isn't sure how to scale the service, because the basic idea hasn't really evolved since day one: Bartel tells me that the Spawn Labs service still requires that the company hook up a real physical game console for each and every remote player. It’s a plan that has some major pros and cons. On the plus side, it's completely platform-agnostic, so GameStop could use the system with any console or game, right out of the box. The minuses are tremendous, though: Spawn would have to physically change out discs for each new wave of games, and lose a lot of the latency advantages OnLive and Gaikai have by virtualizing and overclocking PC games inside of dedicated servers.

Moreover, GameStop could face legal challenges. Late last year, a US district court issued a permanent injunction against a startup named Zediva, which had a bright idea at the time: it would offer a streaming movie service to its customers by buying physical DVDs and playing them from real optical drives. GameStop is no startup, but the parallel is hard to deny. Still, Bartel believes that the relationships between GameStop and the publishers are are strong enough to pull it off, despite conflicts of interest like the one Sony’s upcoming Gaikai streaming service might pose. "We're the largest retailer they have in terms of video game space," he says, suggesting that Sony wouldn’t sue. "Everyone wants to have their games distributed and discovered." Bartel says a private beta with six data centers was incredibly successful, and that as soon as they figure out the strategy, they'll be ready for a nationwide rollout. "Like everything we do, it's going to be big," says Bartel.

GameStop has other upcoming experiments, which may or may not "be big." Later this year, Bartel tells me, GameStop will launch a cross-platform app for Android and iOS that helps you find quality games — not unlike Nvidia's Tegra Zone or Qualcomm's GameCommand. Notably, it isn’t a store: Bartel says that you'll still buy your games through Google Play and the iTunes App Store, but the app will have some kind of connection to GameStop's physical retail locations and use the company's PowerUp Rewards points as well. It’s hard to say how GameStop will get a piece of the action on mobile platforms if it’s not actually selling the games, though. 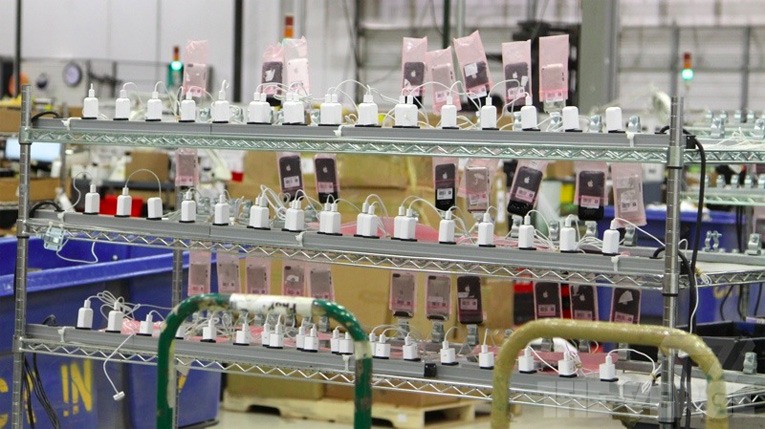 It's clear GameStop doesn't want to get left behind as the game industry moves toward digital distribution and mobile devices. GameStop may think the physical business isn’t going anywhere anytime soon, but the next console cycle may tell a different story. The company is spending millions of dollars in seemingly every niche it can think of, looking for something that will catch fire.

But so far, nothing has. In this brave new world, where the consumer electronics industry collides head-on with the games industry, it might take more than buying and refurbishing also-ran companies, well-worn consoles, and 42 different Android tablets. It might take something new.