It turns out that Google will weigh more than just the number of valid copyright removal notices it receives to downrank sites in search results as part of its updated algorithm penalizing pirate sites. Instead, a Google spokesperson told us that the new anti-piracy signal it's added to the algorithm uses multiple factors to determine its ranking, in addition to the over 200 signals already in use. What this all means is that Google doesn't believe the new piracy penalty will drop the rankings of iconic user-generated content sites like YouTube, Facebook, Twitter, Tumblr, Amazon, and others. We were told that in the company's internal testing of the updated algorithm it had not noticed such a change, and that the goal is to provide more helpful results. Now, of course, "more helpful results" means helping "users find legitimate, quality sources of content more easily," as Google said in its announcement of the updated algorithms.

When Google first announced the change it left the door open to speculation as to whether or not YouTube and other Google-owned sites were getting a free pass when it came to the new policy. Search Engine Land's Danny Sullivan was originally concerned that YouTube would not lose its search placement because it has its own, separate content removal system for copyright infringing videos and music. Google refuted the claim at that time, saying that "We’re treating YouTube like any other site in search rankings. That said, we don’t expect this change to demote results for popular user-generated content sites." 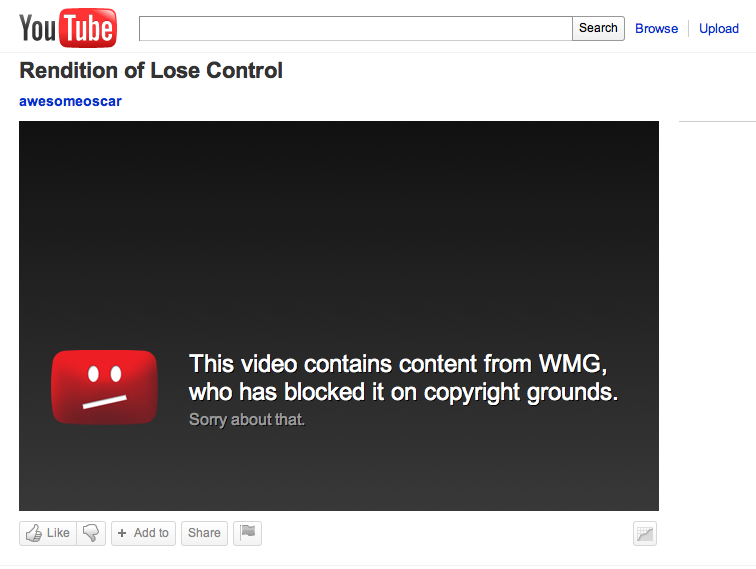 Now, however, it's clear why Google had no reason to believe that the updated algorithm would affect YouTube's rankings: with the multiple different parameters used to determine a rank, whatever negative score YouTube and other sites like it received for takedown requests wouldn't be enough to counteract the positive score it receives from other signals. The idea is that the updated algorithm will be able to single out piracy sites due to their lack of a positive score, and downgrade their rank accordingly.

As to whether or not YouTube will get preferential treatment, it turns out the company is being more strict with the video site than others, as takedown requests reported using both Google's web search tool and YouTube's internal mechanism will be counted the same in the algorithm. Since Google doesn't have access to other sites' takedown procedures, a spokesperson informed us, YouTube is being held to a higher standard.