Public lives, necessary secrets, and the rich kids of Instagram

A photo of Zach Dell, son of the Dell CEO, was removed from "Rich Kids of Instagram," a blog dedicated to chronicling photographs of excess.

Five-figure receipts from the club or clubhouse. Bracelets from several top designers on the same wrist. In one of the few instances where champagne isn't being used as a shower, a man shows off the bottles as he floats in a bathtub with his gold American Express card between his teeth. "Rich Kids of Instagram" is an example of how to translate Keeping up with the Kardashians for the internet audience: bite-sized posts showing a life few of us will experience, posted with casual hashtags the hoi polloi might attach to a compact Honda or a well-made salad. And unlike the Kardashians, we rarely see the subjects as people — instead, they're anonymous vessels for envy or entertainment, like almost anyone who becomes a meme.

Last week, though, one of Instagram's rich kids came with a name. Though the picture has been taken down, the listing remains in Google with the following description: "Snachary en route to Fiji @zachdell by alexadell #dell #privatejet." "Snachary en route to Fiji #dell #privatejet"As one might guess, the teen depicted eating a buffet on a private jet was none other than the son of computer magnate Michael Dell, and the photo was posted by his sister Alexa. What followed was a quick but thorough scrub of the pair's social media presence, including Alexa's Twitter account and the original photograph, shown above. According to Businessweek, the company has declined to comment, but regulatory filings show Michael Dell spends $2.7 million a year on security for his family, an effort that's substantially undone if his daughter is broadcasting their location while verifying just how much cash they have to spare. 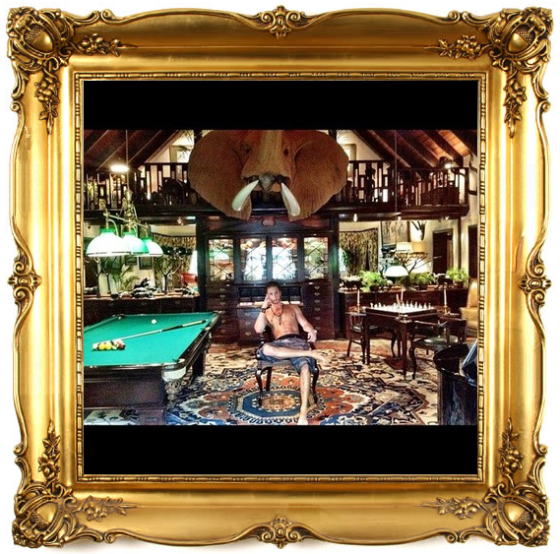 Businessweek's piece singles out fears of kidnapping for ransom, a concern as remote to most of us as the private jet itself. But compulsive over-sharing knows no class boundaries. @NeedADebitCard retweets public photographs of bank cards posted online, often by children or young adults, drawing publicity to people who are apparently unaware that a crowded online environment does not guarantee privacy. If anything, what Zach Dell's photo demonstrates is that as with so many things, what you release is much more important if you're rich or famous. If you're looking to put out an opinion, you'll start at a tremendous advantage. But when the minutiae of your life commonly includes champagne or a Ferrari, banal social networking takes on a new dimension.

In most cases, the subjects are clearly aware of their privilege, tagging the photos with the names of luxury goods or even the acronym #rkoi. As one featured poster puts it, "our everyday is better than your best day," and with few With few exceptions, the rich kids of Instagram are playing up their cartoonish wealthexceptions, the rich kids of Instagram are playing up their often cartoonish wealth. As we've just seen, though, this doesn't mean the photos will never have unintended consequences. It also raises questions about how we really see public social media of all types. As much as we consume the lives of others, we rarely imagine actual humans behind most of them. Instead, they're moments taken out of time, nameless bodies with Cartier bracelets or funny facial expressions. Even if the names are there, it only starts to feel strange looking in on someone's candid photos when the person (or, in this case, their father) reacts.

Rich or poor, people will continue to over-share online, and teenagers will continue to flout common sense and parental approval. But with so much information straddling the divide between public and private, it's time for us to evaluate how we create and consume it. We've talked before about the financial aspects of memedom. But when anyone might become an infinitely reproducible symbol, do we try to balance the images we find with knowledge that there's someone behind them? Or do we decide that we're looking at a constructed persona, and that the tableaux of fur coats and champagne showers were made for anonymous strangers as much as friends?

Ross Miller contributed to this report.