Developed by Rethink Toronto in conjunction with the Toronto Human Society, the Dog Caller features both a thermistor and built-in SIM card, letting users receive a text message alert if and when the temperature of their canine companion rises to unsafe levels

Leaving a dog alone in the car during the sweltering summer months is one of the more irresponsible things you can do as a pet owner, but a new heat-sensitive collar aims to help those with no other option keep tabs on their furry friends. Developed by Rethink Toronto in conjunction with the Toronto Humane Society, the Dog Caller features both a thermistor and built-in SIM card, with the latter giving the collar the ability to send owners a text message alert if and when the temperature of their canine companion rises to unsafe levels — roughly 79 degrees Fahrenheit (26 degress Celsius). 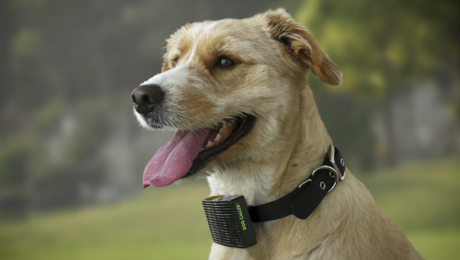 Though currently still in the prototype phase, Rethink hopes a bit of crowd funding will help propel the Dog Caller to market sometime in 2013 at an asking price of $20 or so. In the meantime the agency has established a web campaign known as #DogFriendly, inviting pet owners to share business and other places that offer accommodations for man's best friend such as space to tie up dogs, water bowls, treats, off-leash areas, and so on.

Hi-tech dog collars are on the rise of late, with offerings from both Fujitsu and Qualcomm/Snaptracs promising to help dog lovers monitor their pets closer than ever before. Yet even the Dog Caller's creators would prefer that you never need to rely on the device, telling The Toronto Star that they would never "under any circumstance want anyone leaving a dog in a car." But if there's no other choice, this is a tool that could help save an animal's life.