Windows 8: hands-on with your next OS

The final build of Windows 8 is available to developers and manufacturers today, and we spent some time with it before it launched.

Share All sharing options for: Windows 8: hands-on with your next OS

Windows 8 is done. Microsoft announced as much two weeks ago, and is now proving it by officially making the operating system available to manufacturers and developers. They'll have about ten weeks to write software and drivers, build apps, and manufacture devices that take full advantage of Microsoft's latest and greatest operating system before it's released to everyone on October 26th. We've spent some time using Windows 8 as our primary OS, and though there's still some work for developers and manufacturers to do it's clear that Microsoft's new software is ready for prime time.

By and large, things are the same as we saw in the Release Preview — it's too late in the development cycle for Microsoft to make any splashy changes. Under-the-hood tweaks make up the majority of the changelog in the lastest version, and it shows: Windows 8 is smoother, faster, and more reliable than ever. We installed the new OS on a Lenovo ThinkPad X1 Carbon without a hitch, and though there are some compatibility issues (more on those in a minute) there's nothing about Windows 8 that feels buggy, unstable, or unfinished. That aside, though, there are af few interface, app, and usability tweaks that are a little more obvious to the naked eye. 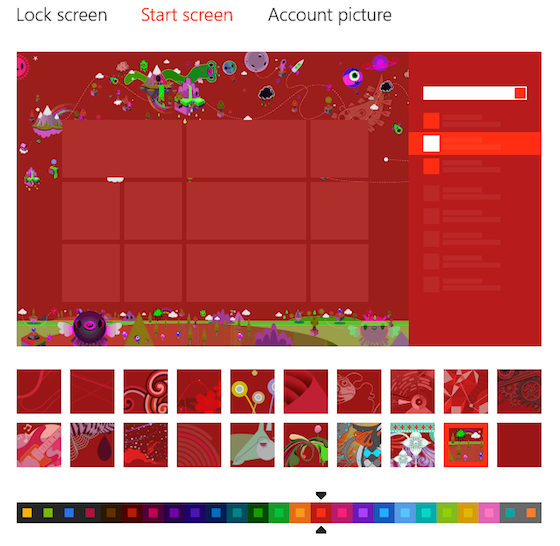 Some of the biggest changes in the final build of Windows 8 are the very first things you'll see. The boot animation is slightly different, though it's not particularly exciting — just a logo and a spinning wheel. The default lock screen is also new, a drawing / photograph of the Space Needle and mountains in Washington.

Customize Windows 8 to your heart's extent

But that screen, and the Start Screen, are far more customizable than ever thanks to a number of new backgrounds and pictures. The Start Screen can be incredibly minimalist, with just a solid-colored background (there are still a bunch to choose from), or it can feature one of a bunch of crazy eye-meltingly busy designs. Every background pattern is available in every background color, so you're left with plenty of ways to find the perfect background.

We've been hearing that the Aero Glass was going to be killed from Windows 8, but every version we tested still featured the vestigial glassy aesthetic. It's gone for good in the final build of the OS, and the new desktop UI is nicer than we thought. It — and the missing Start button — are the biggest differences between Windows 7 and Windows 8's Desktop, but it lends a simpler, more Metro-like feel to the UI while still keeping it looking familiar. 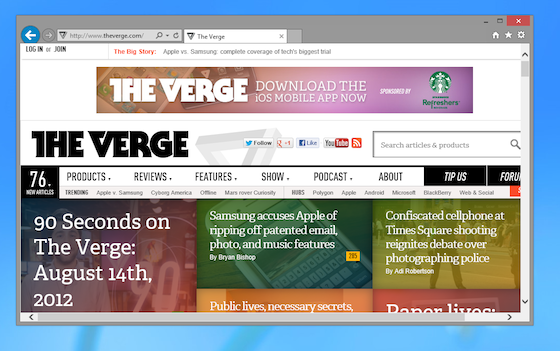 The color scheme can also be changed, and can fairly closely match whatever you picked when you first set up the computer, which makes it feel even more like a part of Windows 8 rather than a kludgy add-on for legacy software. Microsoft has said before that part of its goal for Windows 8 is "flattening surfaces, removing reflections, and scaling back distracting gradients," and removing Aero Glass actually accomplishes a lot of that in one fell swoop.

If you were hoping to see some additional changes on the desktop to better suit keyboard and mouse users then you're out of luck. Most of these improvements arrived with Release Preview, and Microsoft has done nothing here to answer a number of criticisms facing its new Start Screen interface. On a multiple monitor setup you're still restricted to running Windows 8 style apps on one screen, and activating the new Start Screen without the Windows key is still a little tricky using the hot corners. Windows 8 still boots into the new Start Screen interface, and a number of functions (like playing audio or video) will throw you into the Windows 8 style interface instead of allowing you to stay in the desktop mode. If you're a WIndows 7 desktop fan then you're never going to avoid the new interface in Windows 8, but there are ways to change default app behavior to limit its use.

Apps and the Windows Store

The ability of The UI Formerly Known as Metro to provide anything other than a glorified start screen hinges on one thing: apps. At this point, it's still impossible to judge the success or failure of the ecosystem, but the Windows Store is now completely open for business. Paid apps can now be submitted and sold, and with the final version of the OS in the hands of developers we'll finally see how much interest there is in developing apps for Windows 8 and its unique UI.

For its part, Microsoft continues to update the core Windows 8 apps, and everything from Bing and Travel to People and Smart Glass is tweaked a bit in the RTM build. There aren't any particularly notable changes this time around, but it's eye-opening to see these slight variations on the same Metro style — the apps are able to be at once familiar and different, which bodes well for the ecosystem at large. Most apps are still labeled "Preview," and Microsoft reps were careful to note that the company will continue to update them up to and far beyond the public launch of the OS. 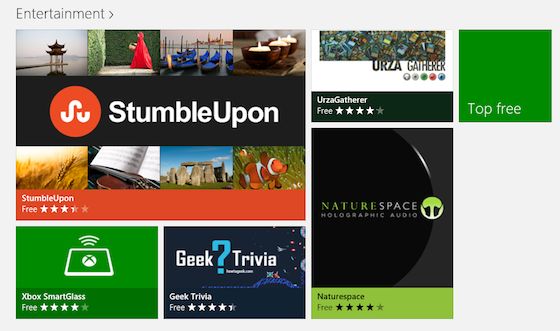 One of the more business-focused new additions to Windows 8 is Windows to Go, which allows you to run Windows 8 from a flash drive and turn any computer with a USB port into a Windows 8 machine. We tried the system on a number of different devices, and it works quite well save for the fact that the Windows Store isn't available from a Windows to Go workspace.

What are we waiting for?

At this point, Microsoft has finished the Windows 8 development cycle. So what's the holdup that we can't get it until October 26th? After spending a couple of days with the OS, I figured it out — it's abundantly clear how much work OEMs have to do in the intervening weeks between today and October 26th. Companies need to build drivers, developers need to test and ensure compatibility, and manufacturers need to figure out the best way for their hardware to support the new software. Plus, the Windows Store needs more and better apps if it's going to be compelling from day one.

The software may be done, but the drivers need some work

Without that done, the Lenovo ThinkPad X1 Carbon I used to test Windows becomes frustrating bordering on unusable. As soon as I installed Windows 8, the trackpad stopped supporting any multi-touch gestures, or even right-click. Palm rejection disappeared entirely, to the point I had to type with my hands perched above the keyboard to avoid the cursor randomly jumping all over the screen. What was only a few minutes earlier one of the best Windows trackpads I've used became utterly useless. The computer's sleep / wake procedures were thrown off, too, along with a host of other little things. That's what Lenovo and other manufacturers will be working on over the next two months, and it's a good thing.

On the one hand, it's tempting to say "Windows 8 is final, go get it now!" But unless you're a relentless beta tester willing to endure unusable trackpads, finicky keyboards, and buggy apps, you should wait for October 26th. Developers and manufacturers need that two-month head start, but by the end of October we're betting Windows 8 will be more than ready.