Motorola has announced an event for September 5th, in New York City.

Circle September 5th on your calendar — it's shaping up to be quite a day in the mobile industry. Motorola and Verizon just sent out an invite for an event in New York City, promising it'll be "the day's main event." That's a bold claim, given that Nokia's already scheduled a major Windows Phone 8 event for the same day. There's little in the way of hints for the company's first big event since being acquired by Google, but there's been plenty of speculation about what the company's up to. Could it be the RAZR HD? A Jelly Bean tablet? Something else entirely? We're not sure — though our money's on the RAZR HD, given the "display" references in the invite — but we'll be there on the 5th to find out. 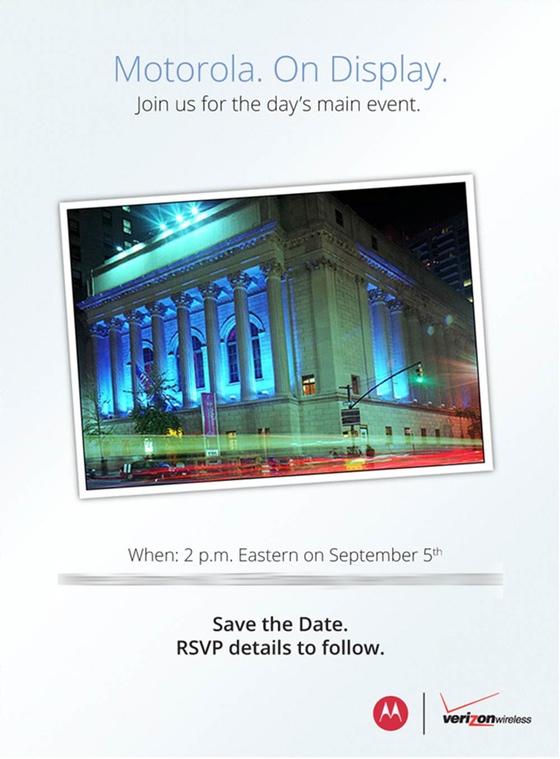