Samsung has announced that the next Galaxy Note will be revealed on August 29th in Berlin.

Source Reuters | Via The Next Web

We'd previously heard that Samsung's follow-up to the surprisingly popular Galaxy Note would be revealed this month, and now we have confirmation from the company itself. A representative told Reuters that the next Note will be shown off on August 29th at a Galaxy S III-style Samsung Mobile Unpacked event in Berlin two days ahead of the IFA show — a couple of weeks later than the date previously reported by BGR.

Samsung isn't saying anything else about the new Galaxy Note, but earlier rumors have suggested a slightly larger 5.5-inch screen, and we'd also expect it to feature the same Nature UX Android customizations found on the Galaxy S III. Whether they'll sit on top of Ice Cream Sandwich or (hopefully) Jelly Bean remains to be seen. 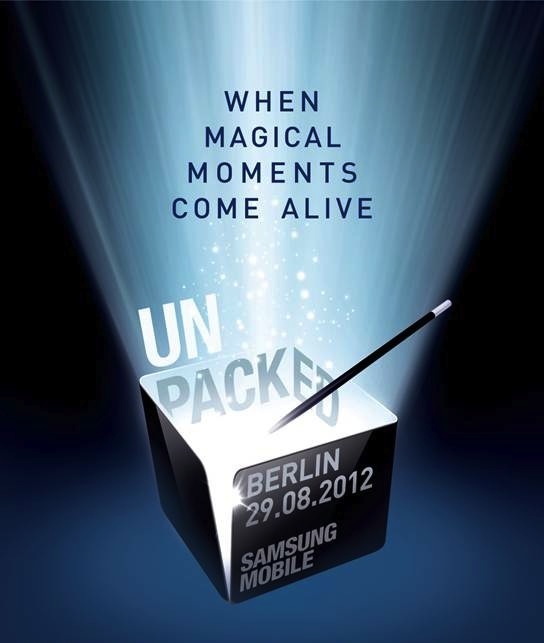