Lapka: a $220 iPhone accessory that will test your food and keep you safe from radiation

Lapka is an iPhone accessory and app combination which monitors factors such as radiation, humidity, and electromagnetism, as well as testing organic food using a metal probe.

Share All sharing options for: Lapka: a $220 iPhone accessory that will test your food and keep you safe from radiation

Lapka, an iPhone accessory and app combo which tests organic food as well as detecting environmental factors such as radiation, humidity, and electromagnetism, is set to ship before the end of the year. Speaking to The Verge, Creative Director Vadik Marmeladov revealed that the company will publish its app and begin delivering press samples of the device in October before a full consumer release at some point in November — according to Fast Company, it will cost $220. He also provided us with some additional images, including a photo of early prototypes as evidence of the company's progress. 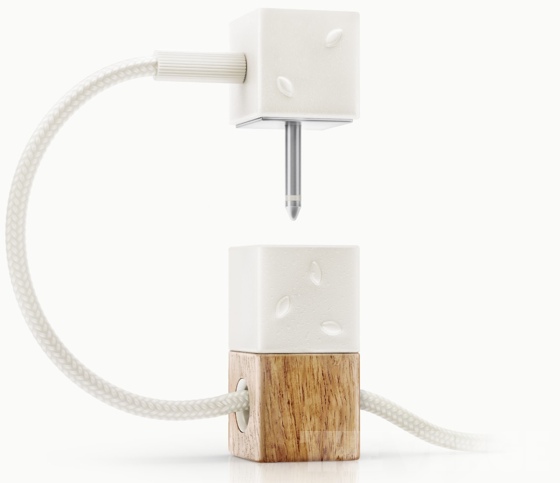 Lapka uses a metal probe to check raw food and drinking water for excessive quantities of nitrates, a tell-tale sign of the use of synthetic fertilizers. The other blocks monitor the ambient environment, with the app providing a database of comfort settings and a suite of visualization tools, allowing users to pick precise spots away from potentially harmful elements.

While Lapka should be a handy tool for environmentally-conscious iPhone users and first-time parents, it might provoke some odd looks if used in the supermarket. Still, we look forward to seeing both the device and the app in action over the coming months — for a few more prototype images, check out the @MyLapka Twitter feed.