Google's TrueView skippable ads are now available on the mobile versions of YouTube.

The desktop version of YouTube lets you skip certain video ads after a few seconds, and now that same functionality is coming to mobile devices. The TrueView ad platform, as it's called, works the same way on mobile as it does on desktop. Users have the option to skip past an ad after five seconds, or watch the entire thing — and Google says that advertisers only have to pay when someone decides to watch. According to Google, it has "just begun testing" the new version, so you should start seeing skippable ads on mobile very soon if you haven't already. Of course, these won't be featured in the ad-free YouTube app for iOS — though that will likely change with the new version of the app being developed by Google. 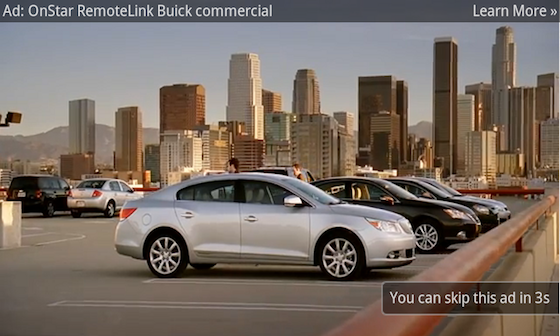